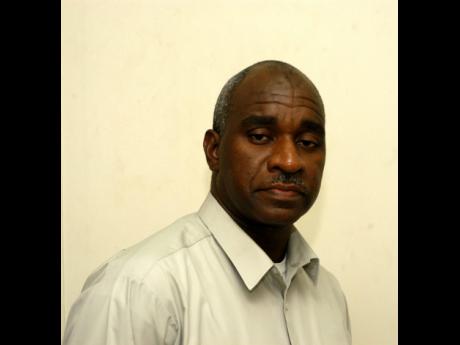 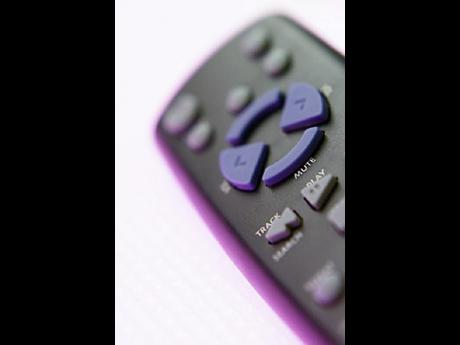 It has long been a bit of a puzzle to me what exactly parents are expected to do when the advisory 'Parental discretion is advised' comes up just before a TV news story or before some other show. What may be a matter of big drama and/or concern to some may be rather ho-hum to others.

If the advisory is accompanied with a short reference to violent or graphic images, that may help in making a determination, but most times you have no idea of the content about which you should exercise discretion. So you may be five minutes into the evening newscast, your child is within earshot paying fleeting attention to the TV while in his/ her own world, and the advisory comes up. Do you say, "Get up and go to your room now!"? Or do you turn off the TV or lower the volume?

These thoughts came churning back recently with TVJ's dramatic introduction of the story of the seven-year-old boy reportedly abused by fellow students at Clark's Town Primary School in Trelawny. Viewers were repeatedly advised for several nights that they may want to have their young children leave the room, given the content. On the one hand, a narrative about the kind of abuse inflicted on the boy could be traumatic for some children to hear, depending on their age. For others, it could be a teachable moment of the dangers they face at school or could cause to others.

This episode brought back to mind a related question I have long mulled. Is media censorship aimed primarily at appeasing members of the general audience who may be more easily offended? Or, is it 'to protect' younger children from psychological trauma?

On some cable channels before a movie begins, a legend is shown indicating the rating of the show, whether PG, PG-13, MA, etc. We have adopted that with some programmes here, but not with as much info as they do. For example, the legend may indicate the reasons for the particular rating by indicating V for Violence, N for Nudity, AL for Adult Language, MA for Mature Audience, etc. Here we hardly ever know even halfway through some film what the local censors were concerned about.

The challenges of conflicts over media programmes and individual values are, of course, not new. Truth is, over the years, there has been an uneven application of strictures on what is shown on free-to-air TV. Sometimes I think it would better not to show some material rather than irritate viewers with a multiplicity of bleeps, especially when it is quite clear what has been edited out.

A few years ago, I woke up about 3 one morning, turned on the TV, and switched to one of the local TV stations, just as Spike Lee's Mo Better Blues was about to start. The first 15 or so minutes were almost impossible to follow, however, given the many bleeps of expletives.

It would seem to me that if local TV programmes personnel have to do such extensive editing, they should not bother to air the show, or given the time of morning, leave it, as is. There have been others like that over the years. What if some viewers are not the least bit offended by a string of MFs at that time of the morning? Why should some people's tastes and values be respected and others not be?

Well, for one thing, the rules governing free-to-air TV are different than those for paid cable service, where you usually can indulge your appetite as much as you are willing to pay for. The problem here is that free-to-air managers want to eat their cable cake and still have it. They want shows previously aired on cable, but cannot show them with them same 'freedom'. In this, cable viewers are cheated.

I recall when the comedy Soap was to be introduced on local TV about 1977-/78. The then JBC TV continuity announcers and newspaper articles advised that it was for a mature audience and broadcast time was set for 10 p.m., presumably when children should be in bed. Of course, many of us in second or third form stayed up to find out what the excitement was about. Tired parents were already in bed.

We came to school on Monday, shrugged our shoulders and hissed our teeth. "What was the fuss about?" was the common question. There were themes of infidelity and multiple affairs, but the most outlandish was that one character was portrayed as gay - in a humorous way, not as a celebrated hero. But that was not the central theme of the show, and viewers were introduced to the witticisms of Robert Guillaume as Benson, the butler, and the wacky Katherine Helmond as the matriarch in a very dysfunctional family. That was a long time ago, and innocence and naivete have long given way to barely concealed nudity, and expletives in a multiplicity of shades and fabric.

Today, even newspapers and major media outlets are caught in the uncertain terrain of what is fit to publish in a world in which the prevailing perspective is, "let it all hang out". Overseas, CNN and The New York Times have twisted themselves in pretzels in reporting on Donald Trump's notorious grab 'em by the short and curlies boast. Sometimes they give the full Monty. Sometimes they sew on fig leaves, which are never broad enough.

Way back in the early 1980s, The Gleaner carried what was then a sensational quote on its front page in a report on the proceedings in Parliament. The PNP's quintessential bad boy, Tony Spaulding, was in a verbal spat with another member of parliament. He would not keep quiet when ordered to do so, and House Speaker Talbert Forrest directed the marshal to escort Mr Spaulding from the chamber. As the marshal advanced towards Spaulding, he glared at him and said: "If you f... with me, I will tump yuh in you r**s."

Back then, it evoked some laughter amid some questioning of the propriety of publishing that in a 'family paper' and a mild rebuke of Mr Spaulding from Ronnie Thwaites, who was then host of the JBC's Public Eye radio programme. In today's world, that quote would have gone viral, created a Twitter storm and earned multiple visits on YouTube - even without mainstream media reporting.

Today's media are increasingly struggling with what to carry and how. With more online comments from anonymous writers, for example, having barely concealed expletives, transparent fig leaves are the new normal.

- Colin Steer is a journalist. Email feedback to columns@gleanerjm.com.