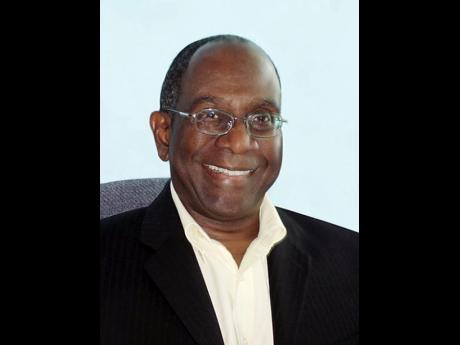 When thinking critically about aborting or terminating a pregnancy, one needs to ask and attempt to answer a few fundamental questions prior to moving toward a tentative or final informed decision.

The most central one, in my view, is dealt with here.

What is the unborn within a pregnant woman?

Scientifically, the offspring of a species cannot be other than a member of that species, therefore, the unborn is, unquestionably, a human being, Homo sapiens.

"So, therefore, it is scientifically correct to say that an individual human life begins at conception, when egg and sperm join to form the zygote, and this developing human always is a member of our species in all stages of its life." (Dr Micheline Matthews-Roth, Department of Medicine, Harvard Medical School, cited in Francis J. Beckwith, Politically Correct Death: Answering Arguments for Abortion Rights, 1993, 43)

It is instructive that in their report to the US Senate Judiciary Committee (1981), the US Senate subcommittee made the telling comment that,

"... no witness [who testified before the subcommittee] raised any evidence to refute the biological fact that from the moment of conception, there exists a distinct individual being who is alive and is of the human species. No witness challenged the scientific consensus that unborn children are 'human beings'... ." (Cited in Beckwith, op. cit., 43)

There is hardly any serious debate now (legally, ethically, medically) about the humanity, personhood and innocence of the unborn so the debate turns largely on the desire/wish of the pregnant woman to terminate her pregnancy or kill the innocent unborn human within her womb.

Now Koukl's test question above raises the issue of justifiable homicide [killing a human being]. In law, I gather, not all killings qualify as murder, so we have justifiable homicide. As a lawyer advised me, if an armed intruder threatens your life and property and you respond by killing that one, that homicide, in law, would be justified.

So, one could attempt an argument for abortion as justifiable homicide. One philosopher, Judith Jarvis Thompson, has done precisely that in her provocative 1986 essay 'Unplugging the Violinist'.

In this essay, she uses a story to make a point in defence of a woman's right to an abortion, even if one concedes the personhood, humanity, and innocence of the unborn.

Thompson asks readers to imagine waking up one morning and finding yourself back to back with an unconscious famous violinist who has a life-threatening liver condition, and after intensive research of medical records, you have been identified as the only person with the right blood type to help.

So, friends of his in the musical fraternity arranged for your kidnapping and arranged for the violinist's circulatory system to be plugged into yours, thus your kidneys do double duty, extracting poisons from his blood and yours. To unplug you from him would be to kill him. Good news, though, the process is only for nine months, by which time he would have improved sufficiently to be safely unplugged from you.

Thompson's argument is impressive but not beyond refutation. Philosopher Francis J. Beckwith says, "[T]here (sic.) at least nine problems with Thompson's argument. These problems can be put into three categories: ethical, legal and ideological." (op. cit., 129)

For me, being forced to have someone plugged into you is radically different from and so not analogous with becoming pregnant (rape aside) after a consensual and thus volitional unprotected sex act, which a woman would know ahead of time could probably result in pregnancy.

Beckwith urges the point that "Thompson's argument is fatal to family morality ... which [suggests] that an individual has special and filial obligations to his offspring and family that he does not have to other persons."

Thus, the unborn "does have a prima facie right (though not an absolute natural claim) to her mother's body [unlike Thompson's violinist, who is artificially attached to another person and is therefore not naturally dependent on any particular human being] for this is how human beings are at this stage of their development."

"This period of a human being's natural development occurs in the womb ... and is a necessary condition for any human being's post-uterine existence ... . The womb is the unborn's natural environment whereas being artificially hooked up to a stranger is not the natural environment for the violinist ... . The unborn [thus] has a prima facie natural claim upon her mother's body." (130, 131)

It is not just merely possible but probable or likely that a brighter-than-Beckwith local pro-choice lawyer or philosopher can debunk Beckwith, thereby providing invaluable class discussion and exam material for those of us who teach philosophy, ethics, or related subjects.

Just a critical thinking primer for the abortion debate.

- The Rev Clinton Chisholm is academic dean of the Caribbean Graduate School of Theology. Email feedback to columns@gleanerjm.com and clintchis@yahoo.com.