Glenroy Murray | Petty kingdoms and the right to education 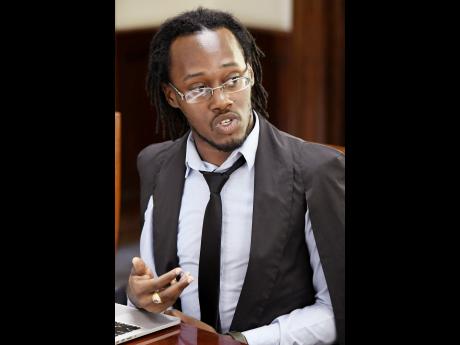 One of the most progressive additions to our Constitution was the inclusion of the right of all Jamaican children to an education. Well, Section 13(3)(k)(ii) of the Jamaican Charter of Fundamental Rights and Freedoms only guarantees the right of every child who is a citizen of Jamaica to a publicly funded tuition in a public educational institution at the pre-primary and primary levels.

But even this very narrowly constructed right to tuition at such an institution is complicated when our schools operate like petty kingdoms run by unapologetic dictators who are "disagreeably attached to power".

Across all levels, school administrators have, like any honourable feudal lord would, demonstrated a greater interest in the protection of the reputation of their kingdom (read: institution) than a commitment to the development of children. I recall a school asking my mother (who was then seeking to enrol her second child into the very primary-education institution) for a recommendation letter, not regarding her then-five-year-old son but for herself. This was one of the many requirements to apply for a place there.

This letter had to come from a justice of the peace, minister of religion, lawyer, or medical doctor. This was in addition to her needing an employment letter, proof of address, and relevant identification.

I also wondered what would need to be said about my mother that would qualify her child for an education. Regardless of how great my mother has been in rising up from poverty and creating a stable home for her children, the basis on which any child gets access to education at a publicly funded institution cannot be that their parents were great.

I have yet to understand the purpose of this requirement. It never escaped my notice, however, that this particular school was situated sufficiently close to poor communities.

When I think about it, though, this behaviour is not surprising. For years, schools in Jamaica have operated as petty kingdoms - from the colonial legacy of barely giving spaces to black and poor children to more nuanced and complicated systems and practices of exclusion.

Lest we forget, the Women's Centre of Jamaica not too long ago complained about schools refusing to take teenage mothers back into the school despite a government policy for reintegration.

Lest we forget, the very reason guidelines for school dress codes were being sought was the result of incidents of exclusion of persons with locks, as well as the forcible removal of hair from a high-school student.

Lest we forget, despite the mandates from the ministries of health and education, schools continue to fail to adequately teach health and family-life education.

We continue to live in a society in which many educational institutions are more motivated by the desire to have a respectable reputation than a desire to be the most enabling and supportive environment for students. And seemingly, the rights of students are only inconveniences that are regarded in extreme circumstances.

But then, petty kingdoms with power consolidated in the hands of principals never did well with democratic frameworks.

We are overdue a conversation about how schools are run and how they are held accountable. Schools that engage in any form of discrimination or maintain unreasonable policies should not be allowed to continue on the overly simplistic basis that parents have choices in a vacuum.

More human rights-based minimum standards have to be set and upheld so that the way in which school administrators understand their relationship with students and their parents is not one of royalty and their subjects, but as equal partners in building Jamaica's future.

- Glenroy Murray is associate director, programmes and advocacy, Equality for All Foundation Jamaica Ltd. Email feedback to columns@gleanerjm.com and glenroy.am.murray@gmail.com.