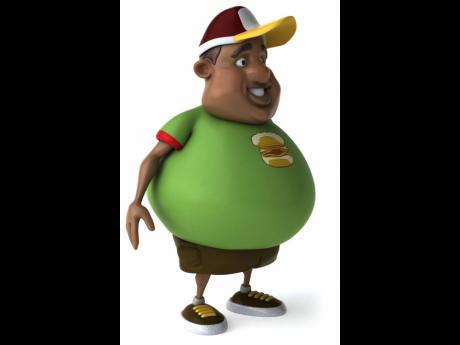 There are at least two sides to every story, even those about God. One is presented as a statement of fact: “The difference between God and a doctor is that God doesn’t walk around behaving like a doctor.”

The other comes from a story about a man who died and went to heaven. When he arrived, St Peter smiled and said, “Welcome to heaven, my son, for all the good deeds you did on earth. One thing you must understand is that everyone is equal here.”

The man is then given a tour of heaven and finds that it is indeed true. Regardless of who you were on earth, pope or peasant, you were all treated alike.

Then, he felt hungry and, with St Peter, joined the cafeteria line for his serving of fruits from the Tree of Life.

While he was waiting patiently for his turn, a man with a black bag in one hand and a stethoscope round his neck rushed in front of everyone and got his food ahead of all the others.

The man was upset and shouted to St Peter, “Didn’t you say that everyone is equal here? So why was this guy allowed to jump the line?”

St Peter replied with a smile, “Oh, him? That’s God. He just thinks he’s a doctor.”

A recent ‘fat shaming’ incident in Trinidad best illustrates the doctor dichotomy. According to news reports, Candice Santana, on Ash Wednesday (March 6, 2019), had gone on social media “documenting her experiences with fat-shaming and discrimination as a masquerader”.

Ms Santana “stressed that she had to remind herself that she was a beautiful person ‘inside and out,’ that she loved how she looked in her costumes, and expressed her appreciation for her positive self-esteem”.

A former health minister, Dr Fuad Khan, a urologist, referred to Ms Santana as a “tub” and urged her to lose weight.

‘Fat-shaming’ is a serious global problem.

A 2012 study by the University of Washington, which surveyed over 2,000 medical practitioners, revealed that doctors have similar levels of anti-fat bias as the general public, which, in most Western cultures, is conditioned to condemn overweight individuals.

Dr Graue pointed out that when people living in larger bodies have traumatic healthcare experiences, they sometimes avoid seeking healthcare and develop otherwise preventable complications, which all amount to inequity and injustice in the delivery of care to larger people.

It is like the man who complained, “My doctor called me fat. I told him I wanted a second opinion, and he said, ‘OK, you’re ugly too’.”

But this preoccupation with weight instead of other possible health issues is exactly what happened to me when a Trinidad medical professor tried to pressure me to get an intestinal bypass costing more than a $100,000.

A study by the University of London of about 3,000 British adults found: “ weight discrimination does not encourage weight loss ... it may even exacerbate weight gain. Stress responses to discrimination can increase appetite, particularly for unhealthy, energy-dense food.”

Fat-shaming by doctors also jeopardises patients’ mental health, and, according to Joan Chrisler, a psychology professor at Connecticut College: “Studies show that the most common source of fat-shaming is family members, and after family comes doctors. I find that kind of upsetting, because these are the people who should have your best interests at heart, and instead, they’re making you feel the worst. Doctors need to be aware of this tendency for bias and should be making efforts to stop such behaviours in their offices.”

Clearly, being called a “tub” by a doctor, not even privately in his office but publicly in the newspapers and on social media, can do tremendous damage to anyone’s psyche or self-esteem. From a urologist, it would have the impact of coming down from a great height indeed.

On the other hand, despite the many horror stories globally, doctors resort to ‘fact-shaming’ those who accuse them of ‘fat-shaming’.

The abstract of a study, ‘Obesity in the Caribbean: A Case for Public Policies’, by Fitzroy Henry of Jamaica’s University of Technology, states, “The silent escalating epidemic of obesity is the underlying cause of most deaths in the Caribbean. If action is not taken to curb our increasingly overweight populations, the resultant burden of chronic diseases will overwhelm our health systems and ultimately retard our overall health and economic development.”

Two years ago, research showed that close to 360 million people – around 58 per cent of the Latin American and Caribbean region – are overweight. The highest rates in the English-speaking Caribbean countries are Barbados (36 per cent), Trinidad and Tobago, and Antigua and Barbuda (31 per cent).

He said, “This is tough love in its strongest form.”

He added that when one practises tough love, one has to be harsh, strict and firm, and, in the case of Ms Santana, “Maybe the harshness was hard, but it brought the point across.”

Most people, including Khan’s colleagues, medical and political, believe that it is not the point he made but how he made it and that, as the research clearly shows, he may have done much more harm than good to that person and others like her.

He reminds me of the doctor who told his patient, “I’m afraid I have some bad news. You’re dying, and you don’t have much time.”

The stunned man could only mumble, “How long have I got?”

“Ten what?” the patient replied. “Months, weeks, what?”

Tony Deyal was last seen quoting the man who complained, “When I told the doctor about my loss of memory, he made me pay in advance.” Email feedback to columns@gleanerjm.com.