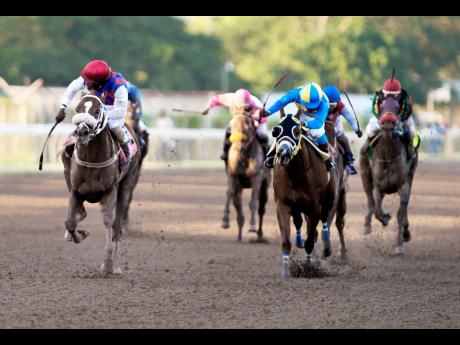 In The Gleaner of Tuesday, March 12, 2019, the article titled ‘SVL denies taking over racing industry’ seemed to be a reply the company was making to a question posed in the House of Representatives by Lisa Hanna, regarding the sponsorship of $80 million for the Diamond Mile Race Day at Caymanas Park.

Miss Hanna asked the Government why it was spending $80 million on an entity that had been divested to a private company. In my book, this is a perfectly legitimate question and one that I, too, seek an answer to.

The company (SVL) states that the sponsorship goes back to 2015 when it was “conceptualised and formulated, primarily to revitalise and support the racing industry”, and therefore a justifiable expenditure. However, in 2015, when it was conceptualised, the track was owned by the Government and the BGLC (Betting, Gaming and Lotteries Commission), as an intergovernmental organisation, agreed to sponsor this day as they thought it would enhance the fortunes of a sister government-owned entity (CTL at the time).

So yes, at that time the sponsorship may have been justified as one government-owned company attempting to assist another much less fortunate one by sponsoring the day. In that case, both companies were taxpayer-owned and taxpayer-funded.

Fast-forward to 2019, when the Government has sold/divested itself of CTL to a self-admitted billion-dollar company, Supreme Ventures, and its satellite company, SVREL. Why then, today, should the taxpayer, who has no interest in the racing company anymore, be asked to fork over $80 million for one day of horse racing when there is nothing at all in it for them?

In an environment where our police stations, clinics, hospitals, etc, are suffering from a lack of funding, can we, the taxpayers, through the BGLC, really afford to gift Supreme Ventures, the promoter, $80 million to run a day of racing?

DOES NOTHING FOR THE POOR

In a press release published recently by Supreme Ventures, they stated that the importance of staging this event “boosts the livelihood of not just the trainers, punters, and owners, but also the thousands of Jamaicans who reside in and around the immediate communities of Caymanas Park in Portmore”.

This is patently false and, in my opinion, intended to mislead. I challenge anyone to go out and caucus the “thousands of persons living in and around Caymanas Park” and ask them of what benefit the Diamond Mile race-day is to them.

Who it really benefits is the company that puts on the event, and the multitude of elite invitees that come to the track for one day to dine, drink and profile extravagantly, but are never seen again around racing until the next staging of the Diamond Mile, when more “free food, liquor and entertainment” will again be in the offing. The staging of this event does absolutely nothing to enhance the fortunes of the less fortunate workers and the stakeholders residing at the track, much less to include the thousands living around the track.

After the extravagance of the $80-million day, the trainers will dejectedly go back to their stables, where there are no satisfactory facilities, limited toilets and insufficient running water. The jockeys and grooms will go back to facilities that are a disgrace for any decent human being to live or work in, and absolutely no difference will have been made to the quality of life of these persons at Caymanas Park.

Isn’t it ironic that $80 million can be found by the Jamaican taxpayers to fund one day, while most of the promises made by the promoting company in their bid document have been broken due to a lack of funding?

Promises such as intending to install elevators for the elderly and disabled, an A-class restaurant, a gaming room and simulcast centre, construction of private boxes, renovation of bathroom facilities, renovation of the jockeys’ room, trainers’ room and grooms’ hall, and the list goes on and on. None of these promises has materialised, nor even seem to be materialising.

The grooms in particular live in conditions that are inhumane and disgraceful. The jockeys’ and trainers’ rooms are archaic and in decay. Imagine what a gift of $80 million could have done for them and the environment in which they work.

Let me state categorically that I have no objection to the staging of the Diamond Mile, and if Supreme Ventures wants to spend $180 million instead of the $80 million on the day, God bless them, as it is now a private company and they would be within their rights to do so.

What I object to, however, is the BGLC spending the taxpayers’ money on this event, or Supreme Ventures benefiting by using other people’s money to fund this day of racing.

Miss Hanna is 100 per cent right in asking questions re this planned extravagant, wasteful expenditure of the taxpayers’ money, and she and the country deserve a proper answer, both from the BGLC and the promoting company, and not the nonsensical reply put forward by the spin doctors at Supreme Ventures.