Tony Deyal | No peace in the valley 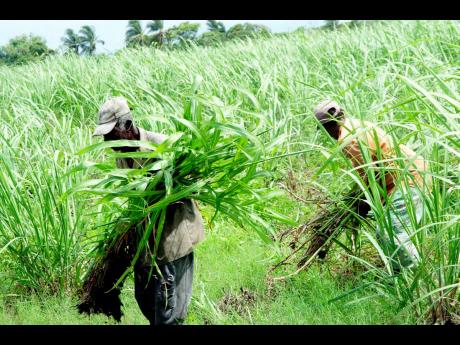 Code Orange is one of many emergency codes recognised by healthcare centres across Canada and, increasingly, in other parts of the world. It signalises a major event or an external disaster with mass casualties.

In this context, I would say it signifies and applies to the murder by local pirates of seven fishermen of East Indian descent in the Gulf of Paria, the body of water that separates Trinidad from Venezuela on the South American mainland, to which the seven bodies, some still not found, were added. The men lived and set out to work every day from a little village on the west coast of Central Trinidad named ‘Orange Valley’.

I grew up and spent the first 11 years of my life further east along the one main road that leads directly to Orange Valley. It was an area that I got to know very well and one which my father, uncle and aunt knew even better because for a long time they worked in the cane fields belonging to a sugar factory there.

Lever Brothers had a plant in Orange Valley, which produced cooking oil and soap. I remember people, including my Uncle Golan, crying when it was shut down and the company moved north. The same thing happened much later when the sugar industry was abandoned forever.

However, in the days of King Sugar, Tate & Lyle, the massive sugar company, acquired almost all the sugar estates and factories in the country and built the red-roofed ‘bungalows’ for the managers, a Sugar Cane Research Station, and one of the clinics or health centres for workers, all dressed up in the white that even adorned the trunks of the huge palm trees that lined the road to the village. The squalid galvanised shacks or barracks in which the East Indian indentured immigrants were housed remained unadorned.

I had fallen from the steps of our recently built house on to the concrete below and every morning went to the clinic in Orange Valley for Dr Hutton, a kind, relatively young medical graduate working there, to treat my fractured and subsequently infected left leg.

My Uncle Jacket used to put me on his bike and we would wave to the people we passed on the road – cane cutters, the men in their old, torn-up khaki and the women in layers of clothing, all stained by the blackened ashes of the burnt cane, as well as fish vendors who had waited for the fishermen to come in with their daily catch so they could heap the fish on the trays of their bicycles and head out, bells ringing or percussion horns blowing.

I still remember them in those days before they were replaced by others in rickety pickup trucks or jitneys, passing along the roads, horns giving warning to the people ahead, of fish like carite, red fish, bohshay (brochet or snook), herring and fry-me-dry.

We lived in the village of Carapichaima opposite the combined rum-and-dry-goods shop owned by Siewdass Saddoo, a quiet and very gentle ‘pundit’, or Hindu priest, who had the only rice mill in the village which, in those days during and immediately after the Second World War, was in great demand.

Rice, like almost every other foodstuff, was a controlled or rationed staple and all my family and our neighbours planted their own rice. We also reared cattle for milk and for pulling the carts in the cane fields, and continued the practice, started during the war, of planting vegetables among the cane to supplement the limited quantities available to them in the shops.

Saddoo left his young second wife, Samdai, to take care of the business and every day he packed his bicycle with rocks, sand, cement and tools in small, manageable quantities and headed through Waterloo past the orange grove on the left, which perhaps gave the valley its name, and down to the beach where he tirelessly laboured to complete his dream of building a temple in the sea.

Saddoo used to take me with him sometimes. During the school holidays when I begged him to carry me on the bike with him, he asked my mother for permission, and there I was, perched on the handlebar, Saddoo and I drawing the attention of all the folks along the road to Orange Valley.

As soon as he arrived, Saddoo started work and left me alone to wander among the fishermen and their children, watching them empty, and sometimes helping them to pull in, their nets or ‘seines’. I later rode my father’s bicycle to throw an occasional line with my friends and watch the sun rise over Orange Valley, and there were times when my father took us for ‘a drive’ in his Hillman Hunter car to see the sun set in the Gulf. Those were great days.

It is believed that the colour orange represents enthusiasm, fascination, happiness, creativity, determination, attraction, success, encouragement, and stimulation. This is how it was for me as I played by the seaside, built my own sandcastles, and hung out with the fisherfolk. It has been a long time since I walked on the beach or went there to visit the new temple in the sea or the statue of Saddoo that is there next to a cremation site where shrouds of ashes, almost like in the cane field days, hang over the area.

I know that most people in the Caribbean have read or heard about the brutal murders of the Orange Valley Seven. I am not sure if they are aware of the aftermath and the growing anger at the government, one of whose ministers excused the failure of any government official to visit the area by saying that none was elected from there, and also, if they needed help in searching for the corpses, the families of the victims should make a “quiet request” to National Security Minister Stuart Young, “rather than a scandal on the television”.

If there is anything we can and should learn from the still-unsolved murders, it is what Amanda Rampersad, the daughter of one of the murdered men, Anand Rampersad, said at her father’s cremation: “What I learned from this experience with my dad is that life is short and brutal and the best way to combat that is with family, prayer and a good laugh, and an ability to appreciate the small moments of joy despite any circumstances because you don’t know if this is the last time you will see them.”

Tony Deyal was last seen remembering Agent Orange, the poisonous American chemical weapon which may have killed or injured more than one million Vietnamese, and wondered whether that name is applicable to an agent provocateur, government minister or not.