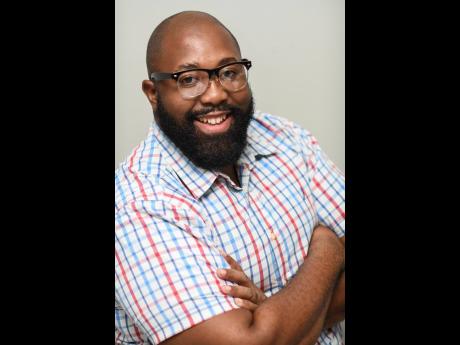 Representation is important. It is critical that all members of society see themselves in media and in public spaces, be that on billboards, buses or street art.

It is in seeing ourselves that we see ourselves.

For many, we in Jamaica for decades have a steady diet of American media. We easily recall the names of characters in US movies, TV shows and popular advertisements. They are connected to our memories of childhood and family time.

We are used to seeing what’s foreign on our television, but why is it we don’t support the advocacy for representation in the land of wood and water?

Jamaicans have long joined the debate on the concerns raised by some black Americans about diversity in US media. There is a constant cry out for representation, which saw many Jamaicans joining the “Oscars so white” social-media buzz a few years ago.

Nothing is wrong in taking a stand against injustice, but where is our rush to the call of the abeng being sounded by our own?

The media have power over public perception and how members of society are seen. Viewers draw inspiration from television or movie characters, personally connecting with their stories. We absorb things about ourselves that we don’t even realise. The theory of symbolic annihilation tells us that if persons don’t see people like themselves in the media, they receive a message that they are not important.

Children should be able to read books about persons or characters from inner-city communities who are superheroes and not villains. Individuals with disabilities should see images of someone in a wheelchair or missing an arm or leg falling in love and living happily ever after.

Women should see images of happy, successful females who run business empires or countries without the desire for a husband or children. And men without six-pack abs should be represented on magazine covers. Plus, curvy women also should be given space to be a ‘Bond girl’.

Often, the limitations of our dreams are defined by what we see. And too often it’s sometimes hard to imagine your own success when you haven’t seen others pave the way.

Some will say, “My parents raised me to love myself, so what’s the crying about?” For them, that’s a wonderful blessing to have but not all are so privileged. Unfortunately, many are raised in harsh circumstances absent of love, support and self-value. Many have gone years without words of affirmation.

It is agreed that loving oneself is important and it is the ideal to ignore outside voices. But, that’s not the nature of humans. We live in a communal existence, so the opinions of other members of the village matters.

In Jamaica, we complain about the deep-rooted nature of our socio-economic issues. One step in correcting these issues is in creating room for more Jamaicans to see themselves. Be seen as a valued, whole human.

Images of dark-skinned Jamaicans advertising luxury brands; a fat woman or man as a love interest in a show; disabled persons leading successful lives: LGBT Jamaicans building families, among so much more, should be seen as important.

We have to recognise the subliminal messages we send to members of our society when curating certain images when we are telling a story. The wrong images may lead to programming, which influences negative behaviours and attitudes.

Why do we use a certain person to sell units in an apartment building and someone else to sell tin (oops, canned) mackerel?

Why is it we don’t have an all dark-skinned family advertising health or life insurance, vacations or cornflakes? Who are these racially ambiguous ‘Jamaicans’? It is no mistake that the male actor is always dark, the female actress is caramel-toned, and child, usually a girl, near-white.

We have unfortunately become comfortable with replete images of the dark-skinned ghetto yute gangsters and the lighter-skinned businessmen in ‘badman’ stage plays or television shows. Some will bash “di mumma an har pick ah dance” but see precious family time in pictures from carnival day.

You see, when we sell certain images, we fall into the trap of telling a single story about an individual and their experiences. This then funnels down to the ugly world of stereotypes.

“Show a people as one thing, as only one thing, over and over again and that is what they become,” are the powerful words spoken by famed author Chimamanda Ngozi Adichie.

It is because of stereotypes that some Jamaicans have been faced with nonsensical questions like, “You smoke weed right?”; “how come you speak so well?”; “Wow! you don’t look Jamaican.”

Many Jamaican women have been told that “yuh pretty fi ah black girl”. In their ignorance, these persons believe that they are giving a compliment, but it is, in reality, a manifestation of the stronghold of colonialism.

In Jamaica, wearing one’s hair in its natural state can be viewed as an act of resistance and self-love. Judgements of innocence or guilt in the court of public opinion can be tied to how ‘nice’ one’s hair looks, one’s address, alma mater, or name.

Creating the wrong images has serious implications for the individual and the society at large and, therefore, we have to actively engage in introspection and re-evaluate how we assign value. We have to reject negative narratives.

We have to break the restraints that continue to hold us back as a society. If we are to “pledge the love and loyalty of my heart, the wisdom and courage of my mind, the strength and vigour of my body”, all should have a seat on the long bench that we call Jamaica.