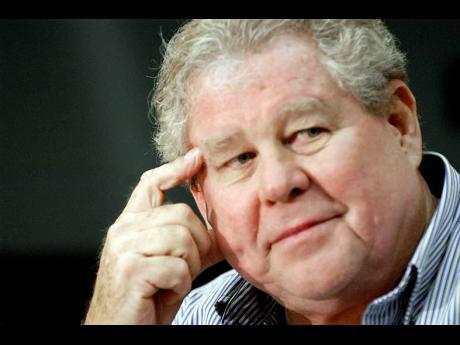 The Private Sector Organisation of Jamaica (PSOJ) is deeply saddened at the news of the passing of The Hon Gordon ‘Butch’ Stewart, OJ, CD.

Mr Stewart was a bold and innovative entrepreneur who was tenacious in his approach to business. The hallmark of Mr Stewart’s rise to veritable Caribbean business mogul from humble beginnings was his gregarious nature and infectious charm. He was a people person who understood the power of delivering world-class service and experiences which underscored his first foray into business – Appliance Traders Limited that has evolved from a small appliance company to one of the country’s leading groups spanning the retail and automotive industries.

He was a true Jamaican patriot whose proclivity for innovation inspired the birth and expansion of arguably Mr Stewart’s greatest legacy, Sandals Resorts. The powerful, global hotel brand is one of the largest private-sector conglomerates in the region and has forever reshaped the Caribbean hospitality industry.

Mr Stewart expanded his business interests into the media and airline industries with the founding of the Jamaica Observer and acquisition of the now-defunct Air Jamaica in the 1990s.

His visionary and incisive leadership extended to numerous diverse private-sector entities, including the PSOJ where he served as president from 1989-1990. Among his numerous local and international accolades was his induction into the organisation’s Private Sector Hall of Fame in 1996.

Mr Stewart’s patriotism and love for his country saw his unparalleled willingness to harness public and private sector partnerships towards the development of the country. He was a trailblazing businessman, humanitarian and philanthropist. His exceptional legacy will be forever woven into the story of Jamaica and the Caribbean.

Our hearts go out in sympathy to his family, friends, business associates and the distinguished team of over 15,000 individuals he led, who feel the pain of his loss. He will be dearly missed.

The Private Sector Organisation of Jamaica. Email feedback to columns@gleanerjm.com