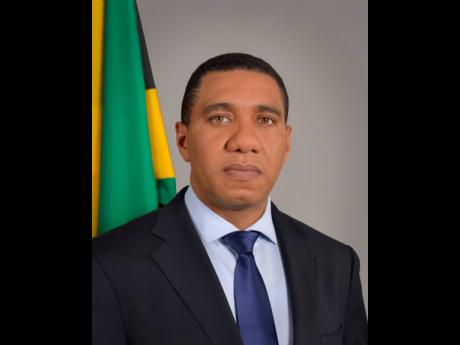 By virtue of the International Monetary Fund (IMF) framework, we had revised many of our laws to clarify, and to give institutional definition around things like incentives and so forth, and it was a sentiment shared across the floor that this needed to be done.

But there will be, at some point in Jamaica’s development, special projects that are large and complex and frontier projects that would require the Government to enter into direct contracting. I believe that this project is one of them.

We now have many institutions that deal with integrity and transparency and compliance, procurement and more. Where we are now is not trying to circumvent the very institutions that we have debated here in Parliament and established. What we’re trying to do is to make them work as we have defined them, but the presentations by the leader of the Opposition, and others, would suggest that in some way, the Government is acting outside of the established institutions, outside of the law, and that the Government is acting in a way illegally.

NOT ONE CENT WASTED

Today, the very people who would want to create that narrative were the very people who created the law to allow for this and we, Madam Speaker, on this side, carried it through with regulations in 2018, because it is well understood that this is an important part of our procurement process and it is not unusual to Jamaica.

We must make every effort to ensure that not one cent of Jamaican taxpayers’ resources is wasted: not one cent.

The leader of the Opposition totally ignores that there was a process in place, started by this administration with Jamaica Development Infrastructure Programme (JDIP), but continued and expanded by the administration led by members on that side called Major Infrastructure Development Programme (MIDP), where multiple times what we are proposing to spend here was negotiated and there was no concern then about value for money.

Where was the concern about value for money by the then government, now in Opposition?

In the same way that the Opposition is now concerned about this exception that we are creating by approving this order, which will allow us to directly contract with China Harbour, that level of concern should have been expressed with equal energy and vociferousness then.

At that time under that arrangement, which was a loan, Jamaica taxpayers are still paying back those loans today.

So, I want the public to understand that we are not neglecting your best interest, as would be the suggestion of the Opposition.

WHY IS THIS IN JAMAICA’S BEST INTEREST?

First is that the model of bilateral arrangements, which results in direct contracting, is a model that Jamaica can say we have benefited from.

We can point to several projects that have been done as a result of that. Now, that model of the bilateral arrangement with our strategic trade partner, China, comes with certain conditions.

If you’re asking about transparency, you are not allowed to share the contracting documents and the loan documents. So, in other words, the concerns that the Opposition has come here with, those should have been made when they were engaging in the bilateral arrangement.

Upon reviewing our fiscal affairs we found that it was in the best interest of Jamaica not to pursue another loan from our strategic partners in China.

I want it to be clear China has been very helpful to Jamaica and we are most grateful for the support and assistance that China has given to us in difficult times, when nobody remembered Jamaica or would invest in Jamaica.

But we always act with principle and in our interest, and it was in our interest to change the relationship from a borrowing one to one where we can finance projects or China can invest strongly in Jamaica, and that is what we have now, an investing relationship.

China Harbour would have mobilised for this project with the expectation that it was going to get this project. We in the middle of it changed our position and decided that we would no longer go the route of borrowing, we would fund it out of our cash.

The tender process for this, with a best effort, would be a year or probably at little bit more than a year. In fact, it probably would be more because other contractors coming in would have said that as new contractors, China Harbour would have to be excluded because it would have an unfair competitive advantage.

But if you were to exclude China Harbour, the construction period would be more protracted because a new contractor coming into the procurement process would want to be able to verify the risk of the request for proposal (RFP), the tender documents that are put out and to tender on a highway like this, it’s a long process.

The issue of value for money existed under the bilateral contracting process and it is an issue here.

Now, how do we get around this issue? Meaning, how do we guarantee, or give as higher possibility of guarantee of securing value for money, to the Jamaican public?

1. This project will be designed according to what is called The American Association of State Highway and Transportation Officials; so that along with ISO standards and our quality management plan will ensure that the quality of the work is guaranteed.

So, whoever will be the project engineer or the project supervisor, that is the standard against which they will be judging all output relative to payment, so there is an open-source standard.

2. Jamaica developed the NWA specifically with a system that it calls its negotiating team. That is the NWA’s value for money negotiating mechanism and that pulled on experts in the field, public officials working in at the time the NWA, NROCC and other areas. That team would negotiate the price of every element of the contract with China Harbour. That is what was done under MIDP and that is how we were able to secure, as best as possible outside of a competitive process, value for money.

Even in a competitive contract, there is still some level of negotiation that we will have to do, and let us also be clear, a competitively let contract does not always lead to the best result.

Most time it will, but not all the time, because in the past we have selected the lowest cost tenders and after we select them, they end up can’t do the job for the price they promised. We ended up having to go and negotiate with them and we end up paying much higher than what they told us they could do it for.

I’m not in any way trying to diminish the value of competitive tenders, it is important to note, but we must expand the conversation because in trying to create a negative narrative, we as public leaders, we have a duty to bring knowledge to the people, we can’t just be one-sided in our conversation.

It is a mature decision to step out of a bilateral contracting process and going to one where there will be greater transparency than if we had contracted bilaterally because all of these documents, which relate to the contract, will be public.

The Opposition went to court to prevent the contractor general from being involved in the pre-contracting phases. I mean it’s as if we have short memories, but yes, we have no objections to that.

The team that we’re putting forward will be a multisectoral fairly broad-based team that can sit opposite the China Harbour people and bring levity, understanding and reason to prices. So, I’m expecting that prices will be moderated and approximate competitive prices.

The issue was raised, why are we shutting out local contractors? From where I sit, I have seen vast improvements in the capabilities of our local contractors. They are taking on multibillion-dollar projects, several at the same time.

But there are some contractors who simply don’t have the capacity and we see it in overruns. We see it in delay in works, but we are developing at core competence in contracting.

The question however, is, for example, a contract like this would come with the requirement of multibillion dollars in bonds, would we be able to find the local contractors who would be able to mobilise the performance bonds to do it?

The leader of the Opposition says it’s a big project, but it’s not complicated. I think the leader of the Opposition should acquaint himself with the project because it does require, as it did with the completion of the North South link, significant geotechnical work to be done in addition to the construction of a major bridge, which is of substantial length, so it is not a simple project.

My expectation is that there will be significant subcontracting happening here, so Jamaican contractors will benefit from this.

- Andrew Holness is prime minister of Jamaica. This is a summarised version of the Prime Minister’s address to Parliament on May 11 in relation to the Montego Bay Bypass construction. Please send feedback to primeminister@opm.gov.jm.