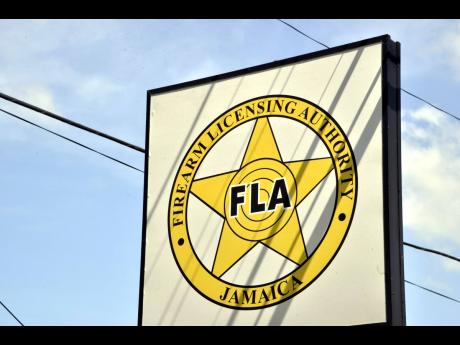 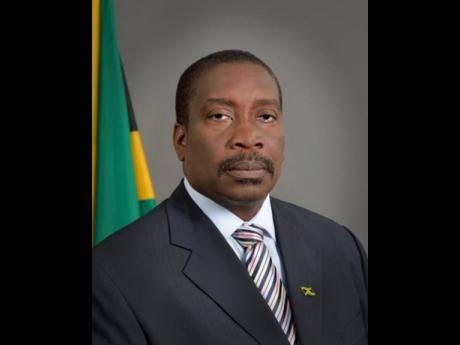 The Special Report of Investigation by the Integrity Commission in relation to the issuing of firearm licences and whether there was impropriety or irregularity in the issuing of firearm licences to persons of questionable character has created considerable discussion and debate in the public sphere. This is necessary in a democratic society because it engages public participation in issues of national importance, which is very beneficial in the formulation of said policies for the benefit of the country.

These discussions have been affected by inaccuracies and factual errors in relation to the administrative and legal processes and my role and conduct as minister of national security. These matters need to be corrected for us to facilitate discussion and debate based on accurate information and opinions influenced by facts, not fiction.

During my tenure as national security minister and, in particular, the period under review (2016-2018), I considered hundreds of appeals. An unsuccessful applicant for a firearm licence lodges an appeal which is considered by the Review Board. It should be noted that the Review Board is mandated to examine the evidence in the matter under review filed by the unsuccessful applicant and then what is submitted to the minister of national security is a written report of its findings and recommendations. The Review Board does not have any power to make a decision and is only empowered to make recommendations to the minister, who decides the matter “as he sees fit” by virtue of Section 37 (3) of the Firearms Act.

The responsible minister is not bound by any decision taken by the Firearm Licensing Authority (FLA) Board or the recommendations of the Review Board and is statutorily mandated to arrive at an independent judgement on the case. There can therefore be no usurpation of authority if the minister exercises a discretion, on review, to grant an application for a licence which was previously denied by the FLA Board or which departs from the recommendations of the Review Board. The minister’s discretion is subject only to a duty to act fairly.

In the vast majority of cases, I supported the decision of the FLA Board and accepted the recommendation of the Review Board to deny the application for a firearm licence. The report, however, identifies six cases where I allowed an appeal of an applicant with “criminal antecedents”. The report is misleading as it suggests that these six persons were criminal convicts. This is not so. Five of the six persons were never convicted of a criminal offence and the allegations of criminality were weak if not wholly unsubstantiated.

Based solely on this Integrity Commission report completed in January 2020 and published in March 2022, I have summarised the six cases considered as points of concern:

• Recommended by FLA investigator, as there was a need to be armed.

• National Intelligence Bureau (NIB) report says no confirmation on allegations against the subject.

• All cases against the subject were dismissed by the courts, as no evidence was presented.

• NIB has no adverse traces.

• No evidence that allegations are true.

• Charged with discharging a firearm in a public place

• No evidence or case was brought as to abuse of women. Was not charged.

• Case was dismissed by the court, no evidence presented. Dismissed

• Firearm lost and applicant was charged.

• Recommended by FLA investigator, for firearm to be returned to citizen.

• Police has no record of conviction on file as per CIB report.

• CIB has no record of conviction.

• Recommended by FLA investigator for a shotgun.

• Police (CIB) has no adverse traces.

In the only case noted where there were previous convictions (RM 5), there was a subsequent expungement. The offences occurred in the 1980s. The effect of expungement in law is that the criminal conviction is erased from one’s record and treated as having never occurred. Expungement is effected by order of the court and allows for persons considered to have been rehabilitated to get a second chance in life without the prejudice and stigma of being a convict.

In order to ensure that my decisions as minister were entirely based on relevant considerations, fair and could be subject to public scrutiny, I established a panel of experts comprising senior advisers, including an attorney-at-law, the head of the Protective Security Unit, Chief Technical Officer and the head of the Intelligence Centre. Those advisers were present during the appeal along with the applicant and their lawyer to hear and consider the matter. The panel, along with myself, deliberated on the merits of each appeal and arrived at what was considered to be a just and fair conclusion. Any exercise of discretion by me was guided by these deliberations and conclusions.

Let me be very clear, the panel only advised. The exercise of the discretion, allowed in law, was done by me.

At no point in time did I act arbitrarily, whimsically or for personal gain in the consideration of any appeal.

There is no absolute bar to obtaining a licence where one has been charged or even convicted of a criminal offence although such factors would obviously have to be included in the mix of factors for consideration. Each case must be considered on its own merits. In order to act in good faith, I had to analyse and assess a range of issues and it would not have been fair to the process for me to adopt a knee-jerk reaction and to classify an applicant who has appealed “as a questionable character”, without doing a broader and deeper analysis of all the relevant circumstances. Each case must be considered on its own merits.

I am very aware of the sensitivity of the legal and policy considerations relating to the granting of firearm licences, especially in a society ravaged by the criminal use of illegal firearms. That does not give us a reason to irrationally or arbitrarily predetermine applications for permits made by persons. Such irrationality can lead to unfairness and constitutional breaches of the right to due process and equality under the law. This is more so the case where there is scant evidence, if at all, to suggest that applicants who have been successful on appeals have gone on to use licensed weapons in the commission of crimes.

Many reforms were undertaken while I was minister in 2017 to prevent the kind of errors and deficiencies flagged in the commission’s report.

1. Under the guidance of the then chairman, it was decided that only board members who attended the meetings are allowed to sign off on applications and reports.

2. A greater relationship with the National Intelligence Bureau was established as the FLA moved towards a more rigorous system check for the security clearance of applicants.

3. The board no longer reversed its own decisions or that of previous boards, nor do they consider applications unless all security clearances are attached to the files.

4. The Morph Rapid machine was installed, which provided electronic reports on the criminal background, if any, of all holders or applicants within seconds.

5. All staff members who were brought in were to be fully vetted and underwent an integrity testing.

6. Last, we advanced the research, consultation and works on the new firearms act currently before Parliament.

It is important to note that the report suggested no wrongdoing on my part, nor were there any legal recommendations against me.

Let us have a discussion and debate on these matters but it must be based on facts and should not involve character assassination when there is no basis to do so. I acted at all times in good faith and with absolute integrity.

Robert Montague is the member of parliament for St Mary Western, and former minister of national security. Send feedback to columns@gleanerjm.com.