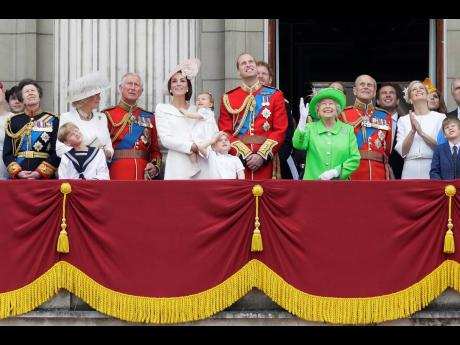 Even as we mourn her passing as an individual, the death of Queen Elizabeth last Thursday is another inflection point as Jamaica considers its constitutional future. It highlights not only the absurdity of the island’s head of state being the sovereign of another country, but that Jamaicans have no say in who gets the job.

So, King Charles III, Britain’s hereditary king, is now Jamaica’s sovereign, without the need for our advice or consent. So, Jamaican parliamentarians will now swear allegiance to the King, which, with other issues, large and small, underline that anachronism of this constitutional arrangement that is impatient for overhaul.

None of this is, of course, casts aspersions on Charles, who will probably be a fine king of the United Kingdom, or of his late mother, whose 70 years on the throne was a decade longer than Jamaica’s existence, so far, as an independent country. In fact, there is much to emulate in the Queen, not least how she conducted herself in times of domestic and international political turmoil, and the scandals of her often dysfunctional family. She persevered with stoicism and dignity and a clear sense of duty. Her work ethic was legendary.

In the process, while the British monarchy wobbled at times, Elizabeth managed not only to hold it together, but maintain its global popularity; even those of other liberal democracies either collapsed or struggled for legitimacy under the weight of their anachronism. And she did this without anyone, except maybe for key family members and trusted aides, knowing her real views on any consequential matter. She was highly scripted and almost never displayed emotion.

The considered assessment of the Queen is that she was good for Britain and brought value to the UK’s constitutional arrangements. She has left King Charles a seemingly viable institution, but a hard act to follow.

LOOK BACK WITH FONDNESS

While we celebrate these things about the Queen and hold her in personal high esteem, and can perhaps look back with fondness at some of her engagements with Jamaica, we remain clear about the irrelevance of the institution of monarchy for our country. And worse, that version of it where Jamaica outsourced to a foreign person, who is neither kith nor kin, and whose historic antecedents make for an improbable or incompatible symbol of the island’s sovereignty and aspirations. Indeed, the death of the Queen and the beginning of the reign of the new monarch, is a signal for Jamaica to accelerate its “moving on”, as Prime Minister Andrew Holness called it, when he indicated to the current heir to the throne, Prince William, Prince of Wales, his government’s intention to leave behind the Queen, or her successors, as Jamaica’s head of state.

The prime minister and his legal and constitutional affairs minister, Marlene Malahoo Forte, should, therefore, move quickly to advance a clear mission on constitutional reform, with specific timetables for transitioning Jamaica to the republic. For this move there is already political consensus and national support. Indeed, a recent Don Anderson/RJRGLEANER poll reconfirmed that approximately six of 10 Jamaicans firmly support this constitutional change. Only 27 per cent want to retain the monarchy. Over the past decade, supporters of monarchy for Jamaica have declined by a third.

For decades, Jamaica’s political parties have agreed on republicanism, with a president as the head of state. Several years ago, they resolved their differences on the form of the presidency – executive and ceremonial. They agreed on the latter.

The only question to be settled is how the president is to be elected – and then only the relatively minor detail of whether by a two-thirds majority of both houses of Parliament sitting together or separately. As the former prime minister, P.J. Patterson, observed, sorting this out should require only a short meeting between Prime Minister Holness and the Leader of the Opposition Mark Golding.

However, in her address on constitutional questions in Parliament in June, Ms Malahoo Forte was fuzzy about a timetable for reform, and seemed to indicate that this critical question, on which there is already consensus, of who should be symbol of Jamaican sovereignty, should become entangled in partisan election hustings. First, Ms Malahoo Forte announced the administration’s attention for a fundamental review of the constitution, which no one opposes. At the same time, she suggested that a referendum on the republican issue would, as would be constitutionally required, could take place around the time of the next general election, due in 2025.

There is a better way to proceed. Several issues of constitutional reform, including the question of the monarchy, have been resolved by previous constitutional commissions. They, however, remain unimplemented. We also know that the work of these commissions, based on the efforts of prior ones, can be long and tedious. There is no reason, therefore, to attempt to reinvent the wheel, merely for the sake of doing so. Second, a referendum on any issue relatively close to a general election is likely to morph to a plebiscite on the government, rather than a rational pronouncement on the question at hand. That should be avoided.

The Government, therefore, should take a three-step approach to constitutional reform. First, given the agreement on Jamaica disengaging from monarchy, the administration, at this inflection point, should immediately move on matters that would give expression to this intent without too much legal fuss. The easiest of these is accession to the civil and criminal jurisdictions of the Caribbean Court of Justice (CCJ), which would widen access to the highest tier of justice, without Jamaicans having to appeal to the King in London, which essentially is what happens with appeals to the Judicial Committee of the Privy Council. This process could be completed in six months, with votes of two-thirds majorities in both legislative chambers on the reform bills.

Next, the Government should bundle the constitutional issues on which there is already consensus and proceed to the so-called “grand referendum” it talked about six years ago when it came to office. Other issues would then be subject to the review committee that Ms Malahoo Forte hopes to establish, perhaps by next March.