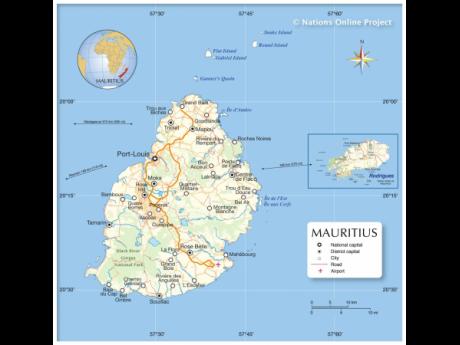 Mauritius has its own success story.

“Mauritius’ economy has made great strides since independence in 1968 and is now classified as an Upper-Middle-Income economy. Key challenges include managing the transition to a knowledge-based economy and adapting to the impacts of climate change.” The World Bank, April 2022

Like me, you may be tired of hearing the references to Singapore and Lee Kuan Yew. Singapore was founded in 1819 by British Governor Stamford Raffles, who recognised its trade and strategic potential. The foundation for its success was laid then but many fail to mention this part of Singapore’s story.

I am suggesting that Jamaicans look at another country, Mauritius, which is a small island developing state of 1,130 km located in the Indian Ocean off the east coast of Africa near Madagascar. The capital is Port Louis. Mauritius has its own success story.

The island has a history of colonisation and slavery, and is vulnerable to natural (e.g. cyclones) and man-made disasters. It was an uninhabited island when first visited by Portuguese sailors in the 16th century. It was occupied by the Dutch, who named it Mauritius, and then by the French from 1715. Workers from India and enslaved Africans from Mozambique and Zanzibar were brought in by the French. The Africans were then the majority of the population. In 1810, Britain captured the island from France, agreeing to respect the languages, customs, laws and traditions of the inhabitants.

The British abolished slavery in 1835. Sugar remained an important crop. Indentured workers were brought from China, Malaya, Madagascar, other parts of Africa, and mainly from India. Mauritius became a multi-ethnic society based in an agricultural economy. Its movement to self-government began in 1948. Mauritius became independent as a parliamentary democracy on March 12, 1968. It was a monarchy, with Queen Elizabeth II as its national Head of State. It became a republic with a ceremonial president on March 12, 1992. The prime minister, head of government, is Pravind Kumar Jugnauth since 2017.

Today, Mauritius has a population of 1.37 million; life expectancy of 74 years, and a literacy rate of 93 per cent. The homicide rate is 3/100,000. The exchange rate is US$1 = 45 Mauritius Rupees. Extreme poverty was eradicated. Unemployment is now seven per cent. 77.2 per cent of the population is fully vaccinated against COVID-19.

In trade, it is a member of the Common Market for Southern and Eastern Africa (COMESA), the Southern African Development Community (SADC), and the Africa Continental Free Trade Agreement (AfCFTA), which entered into force in May 2019.

A QUITE STABLE ECONOMY

Mauritius has evolved from a mainly sugar-based agrarian economy into a diversified middle-income economy including manufacturing, financial services and high-end tourism. It recognised the importance of international trade to its economy. Mauritius is still expecting to become a high income economy with COVID recovery.

It is acknowledged that sugar exports to the EU under the ACP/EU preferential agreements benefited the country and that sugar revenues contributed to developing that industry and fostering diversification of the economy. Sugar is now four per cent of GDP.

The debt to GDP ratio was 101 per cent in 2019. Due to the COVID-19 pandemic borrowing increased by 23.1 per cent in 2020/21. In 2021/22, debt was 92.4 per cent. There is concern about Mauritius’ debt levels. The IMF seems to be satisfied that this is being addressed by the Government. Like everyone else, Mauritius faces the challenge of recovering from COVID, the impact of the Russia/Ukraine war, and climate change.

Mauritius has a similar profile to Jamaica and other CARICOM countries, but it is evident that it has made real progress in development since gaining independence 54 years ago, in spite of its vulnerabilities and all the challenges it has faced.

There could be lessons for us in further studying Mauritius’ development story.