Editorial | How will the jobs gap be filled? 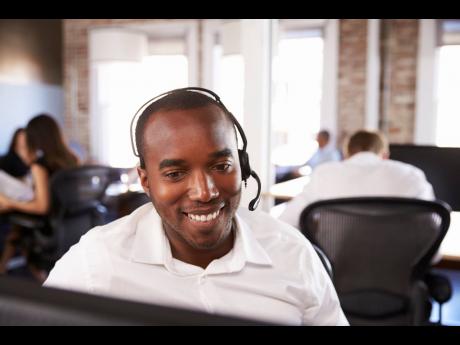 The good news from the Planning Institute of Jamaica’s (PIOJ) recent quarterly review of the island’s economy was that it remained on a growth path. For the three months up to the end of September, real output increased by an estimated 4.3 per cent, pushing projected growth for the first nine months, up to September, to 5.2 per cent.

What Dr Henry did not address, and on which his agency should open a public discussion, is whether Jamaica has the available labour force with which to sustain even modest growth rates, and if that is indeed the case, what must be done about it. This is a project on which the PIOJ might partner with the labour and education ministries.

This newspaper’s concern arises on two fronts. First, ahead of Dr Henry’s forward-looking analysis, the Statistical Institute of Jamaica – which crunches the hard data and issues final reports on Jamaica’s economic and demographic status – reported that unemployment in April was 6.0 per cent, a year-on-year decline of three percentage points, leading to Jamaica’s lowest unemployment rate in decades. In other countries, Jamaica might be considered to be on the cusp of what equates to full employment. Except that complexities of the Jamaican situation need unravelling, and a better understanding, before arriving at that conclusion.

Which brings us to our second matter of concern over growth sustainability. Jamaica needs to robustly accelerate growth rates for it to be, in the foreseeable future, in a position to lift itself out of its social and other crises. Yet there is an apparent inability of firms to find workers to fill jobs in two critical growth sectors: tourism and business process outsourcing (BPO).

At the start of his tenure at the end of October, Robin Russell, president of the Jamaica Hotel and Tourism Association, lamented how difficult it was for hotels, which shed nearly 100,000 jobs at the onset of the COVID-19 pandemic, to find employees.

“It’s hard to fathom the numbers,” Russell told The Gleaner. “In Jamaica, we’re looking at 3,000 to 4,000 people that are needed in the industry now. It could be more … . I know that everybody has been very aggressive in trying to (get) those vacancies filled.”

In normal times, tourism is Jamaica’s largest earner of foreign exchange, rivalled only by remittances.

Indeed, the industry grossed an estimated US$4.3 billion in 2019. The Government says that it will this year come close to, if not equal, its pre-pandemic performance for earnings and visitor arrivals. At the same time, further expansion is happening in the industry in the aftermath of the pandemic. The construction of new hotels has started. Others are planned.

The question is, who will staff them? The anecdotal argument is that many tourist-industry employees left Jamaica for jobs overseas in the aftermath of the pandemic as workers in some developed economies opted out of the formal labour market, notwithstanding a jobs spurt.

The matter should be explored by the PIOJ for veracity and for a better understanding of the situation, and if it is indeed true, whether the migrant workers can be enticed back to Jamaica, or how replacement workers can be brought into the labour market. How is this to be done, and from where?

However, it is not only in tourism that the labour shortage is apparent. The BPO sector (primarily call centres), too, has reported a high turnover of staff and difficulty in finding new hires. Seemingly, there is also a significant amount of job swapping among the industry’s 90 companies, which employ more than 46,000 people and gross around US$700 million annually.

“We did well during COVID,” said Anand Biradar, president of the Global Services Association of Jamaica. “Now, I hear from quite a few BPOs that they are putting more effort into getting people to join them.”

Concerns such as Biradar’s are against the backdrop of the Government’s wish for Jamaica to be a major player in the global BPO sector, pushing the island’s call-centre employment to past 100,000 by 2030.

Additionally, earlier this year, Prime Minister Andrew Holness said there was a shortage of workers in construction and mused about the possibility of employing foreigners. Other relatively low-skilled sectors also, anecdotally, complain of difficulty in finding staff, which, on the face of it, is counterintuitive.

It may be that the PIOJ has already completed the analyses on the sustainability of the sector-expansion projects, including whether there is the internal workforce to achieve the goals.

This newspaper, nonetheless, would appreciate greater public guidance on the matter. We would wish to know, for instance, what greater proportion of the 746,000 people of working age who are now outside of the labour force might be brought within its ranks – and how.