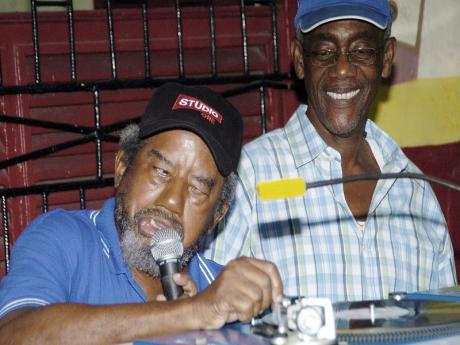 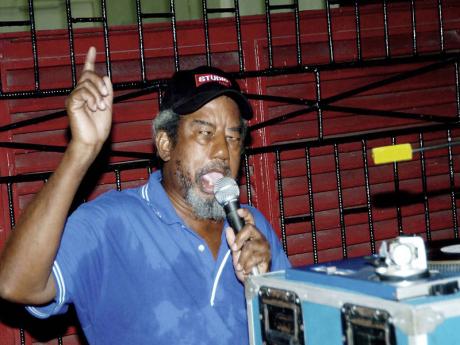 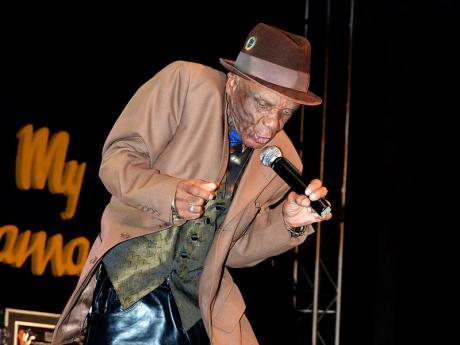 Eric 'Monty' Morris, whom Eccles produced in his earlier years.-File 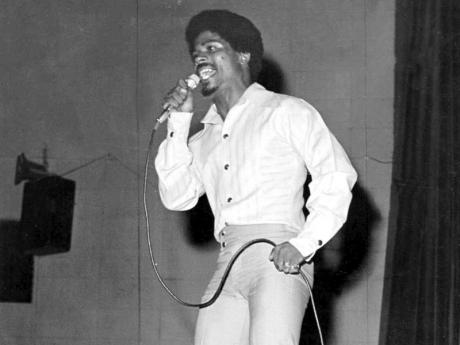 In many ways, the late Clancy Eccles epitomised the consummate performer, merging the dual tasks of vocalist and record producer.

He emerged in the late 1950s with the distinction of being one of the first artistes to record on the Coxson label, owned by Clement Dodd. Eccles was in the company of persons like Owen Grey, Lascelles Perkins and Delroy Wilson, who recorded their early works at Federal Studios along Foreshore Road (now Marcus Garvey Drive), as Dodd had not yet established his Studio One at Brentford Road (now Studio One Boulevard) in St Andrew.

These early forays saw Perkins recording Lonely Moments, Chuck and Dobby doing Du Du Wap, Alton and Eddy performing Muriel and My Heaven, and The Jiving Juniors rocking with Over the River. Theophilus Beckford boogied with Easy Snapping, while Eccles came on strong with the blues-based ska song Freedom and its flip, More Proof, in 1959.

He followed up with others like Glory Hallelujah, I Live And I Love and the very popular spiritual River Jordan, accompanied by African drums, the lyrics going in part:

Because it will be a terrible day

When my God shall pass through this land

To redeem his people by his hand"

Many of Eccles' early songs were on this theme, which seemed to be inspired by a family member. "One of my uncles was a spiritual revivalist, who always did this heavy type of spiritual singing, and I got to love that," Eccles explained.

Born in Highgate, St Mary, in 1940, Eccles' earliest influences were Louis Armstrong, Nat 'King' Cole, Billy Eckstine and Louis Jordan. Coming to Kingston as a youngster, Eccles spent some time in the city before returning to Ocho Rios, where he honed his musical talent.

"The want of food and all that was something that got us into it. So we start and during that time I went to Cotton Tree Club to do some shows, around 1958, and people loved it. Then we came back to Kingston, Joe Higgs and myself, and linked up with Coxson," Eccles told me in an interview.

As was Dodd's practice Eccles early pieces were not released immediately, but heavily featured on his Coxson's Down Beat sound system for some two years before being released to the public in 1961. Eccles went on to record Judgement for producer Charlie Moo in late 1962, and for Sonia Pottinger he did Sammy No Dead and Roam Jerusalem.

Towards the close of the decade, Eccles, an excellent tailor who suited many top Jamaican performers, was becoming dissatisfied with his remuneration and the generally haphazard arrangements with producers. He decided to start producing his own music and those of others.

His debut production was the monumental rocksteady piece by forgotten ska hero Eric 'Monty' Morris, Say What You're Saying, between late 1967 and early 1968. It became a big hit for Dennis Brown in later years.

Self-acclaimed 'The Ugly One' King Stitt, though with Coxson for years, was first placed on record by Clancy Eccles in 1969. Out of a batch of more than a dozen songs done for Eccles, Stitt had hits with Fire Corner, Lee Van Cleef, Herbsman Shuffle and Vigorton 2, making him the first of his speaking type to have hit records.

For himself, Eccles had the bawdy Fatty Fatty, Auntie Lulu, Two of a Kind and the very absorbing What Will You Mama Say, in which he issues caution to his young lover:

"Have you thought about the things that we've been doing

Have you thought about the places we've been going?

What will you mama say when she finds out we're in love?"

A socialist militant, Eccles was steeped in politics in the early 1970s, becoming something like a talent scout for the People's National Party (PNP), recruiting artistes and producing songs to bolster Michael Manley's 1972 election campaign. Throughout the 1970s, he remained close to Manley, writing and producing songs in praise of the PNP.

A controversial character, Eccles was taken to task after claiming that he and his musicians not only created reggae music with the recording Feel the Rhythm, but also coined the name. According to one story, Eccles, while at a dance, spontaneously used the term in a rhyming way while calling to a female dance fan "hey streggae, come make we reggae" and, somehow, the term stuck. Streggae was the slang for this particular type of girl.

But perhaps the biggest controversy in Eccles' career centred around Lord Creator's 1969 Kingston Town, which Eccles produced. He claimed part ownership of the song, in a bitter dispute with Creator. "Fifty per cent of the song is owned by me. I wrote some words and made the music, but I don't get penny royalty. Creator didn't pay a penny in getting the recording done. Kingston Town was what I put into it," Eccles told me in an interview.

That last remark seems to clarify the matter, because the words Kingston Town were the only change to an original ska recording, Babylon, written by Creator and recorded for Randy's in 1963.