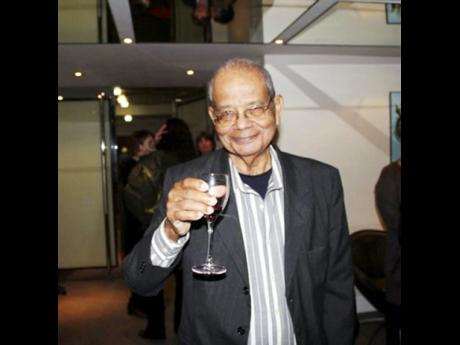 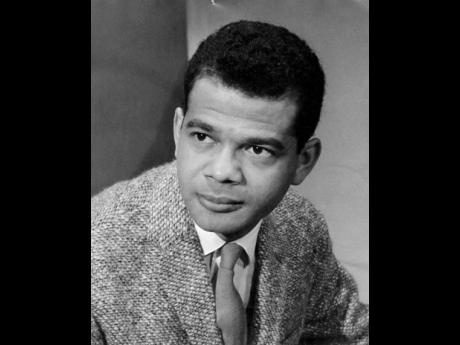 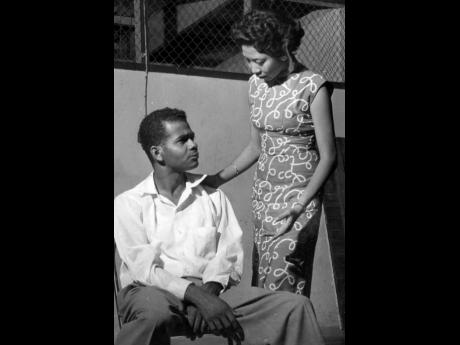 File
'Uncle Robert' (Lloyd Reckord) is reminded of memories from the past by Sylvia (Mona Chin), the emotional spinster who has loved Robert for years. A scene from the play 'Uncle Robert', directed and produced by Lloyd Reckord, which ran at the Ward Theatre. 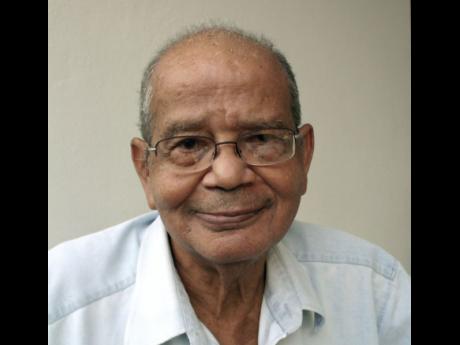 Internationally acclaimed theatre and film pioneer and practitioner Lloyd Malcolm Reckord died on Wednesday after a short illness. He was 86 years old.

The multitalented actor, director, producer, playwright and film-maker was born in Kingston on May 26, 1929, and began his theatre career with the Little Theatre Movement (LTM) pantomime at Ward Theatre. Noel Vaz was his first professional director.

Reckord's first big role was as Tobias in a production of Tobias and the Angel at the Garrison Theatre, Up Park Camp, when he was in his late teens. Fired from his job at his uncle's hardware store because he insisted that he had to leave early to play his role in the LTM pantomime, Alice In Wonderland, Lloyd left Jamaica in 1951 when he was 21 to join his brother Barry, also a playwright and actor, in England.

"There," he told this writer in a recent interview, "I got a job shovelling coal in Hammersmith at night. I remember this huge tub of water in which I and two other men who worked with the coal had to dip in to get clean before going to our various homes."

Following an audition, he got accepted at the Bristol Old Vic Theatre School and later joined the Old Vic Company, London. Years later, in the United States, he studied theatre at Howard University, Yale University and the American Theatre Wing. He received numerous awards in Jamaica for his own plays, including Justice, and for plays by others that he directed and produced.

At the end of his first school year, Reckord received "a magnificent offer" from Hugh Hunt, director of the London Old Vic, of tiny parts in The Merchant of Venice and Romeo and Juliet. At about the same time, Tyrone Guthrie, a very famous English director, asked Reckord to be in a production - again in a tiny role - that was going to the Edinburgh Festival.

"It was wonderful to be getting jobs for these prestigious organisations," Reckord said.

The small parts were followed by bigger ones. After leaving The Old Vic, Reckord got a part in the musical South Pacific at Drury Lane, which ran for several months. One of the plays that he performed in after the musical was Hot Summer Night, written by the playwright who became Lord Ted Willis. It was about a Jamaican boy falling in love with an English girl, the trade unionist's daughter.

"I got enormous publicity out of that play." Reckord said. "I remember in the Daily Express there was a half-page picture of me and the girl kissing. [It was also in The Star.] We toured for about six weeks all around England and we then came into the West End. It was an enormous break for me."

The stage play was then redone as a 90-minute television presentation for Sunday night theatre. Said Reckord: "That was an enormous boost for me, playing the lead in that television production. This was the beginning of me walking down the street and being recognised."

He got a chance to study in the USA and did so for two years before returning to England. There, several parts on the theme of a young black man being beaten up by 'Teddy Boys' (young thugs) because he was in love with a white girl came Reckord's way. He did about six for television, then started to get tired of it and feel homesick, he said.

Back in Jamaica, Reckord started the Actor's Theatre Company and produced Arthur Miller's The Crucible and W.G. Ogilvie's Star Boarder, which starred Buddy Pouyatt. He had just mounted Barry Reckord's play Della, with Lois Kelly Barrow, when Barry invited him to return to London to star in the Royal Court's production of the play then called Flesh to a Tiger. He closed the show and did just that.

He also branched out into film-making and made first Ten Bob in Winter then a more ambitious work, Dream A40, on the theme sexual guilt.

Back in Jamaica, Reckord founded the National Theatre Trust (NTT) and for the first production - without the government support he had hoped for - got together a board led by Michael Sloley, with Dr Aubrey Smith as chairman and Tony Gambrill as a director, and mounted Barry Reckord's drama You in Your Small Corner again.

More than 30 NTT productions followed. Under the aegis of the NTT, Reckord also started a short-lived Theatre for Schools programme, which involved tours of the island with a group of actors doing plays selected for Cambridge School Certificate exams.

Reckord also directed other productions, including for the LTM and Basil Dawkins Productions, and did some teaching at Excelsior High School and the School of Drama.

"It was very strenuous work," Reckord said. "One of the mistakes I made was not starting out with a team. It was me one doing everything in the productions."

Reckord's high standards for theatre are made clear in the programme for his multi-award winning 2002 production - The Trial of One Short-Sighted Black Woman. His letter to potential supporters uses the perhaps politically incorrect phrase "quality theatre".

In a theatrical climate, which, he states, encourages our writers "to write not better, but more sensational plays" hoping to attract "mass audiences", his company, the NTT, was seeking "to revive quality theatre, set it on a solid foundation and make it viable".

Reckord was one of the pioneers honoured in July 2013 by London's National Theatre when it hosted Walk in the Light, a week of events celebrating the rich contribution of black artists to British theatre over the past 50 years.