A lifetime on the stage 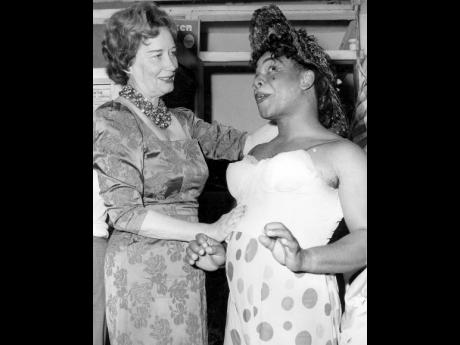 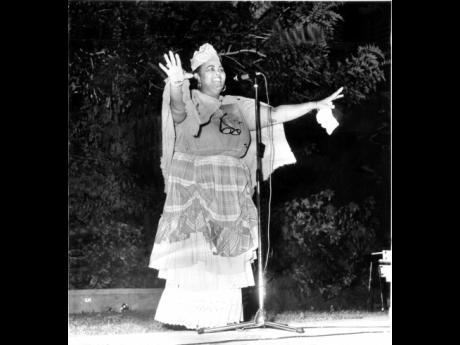 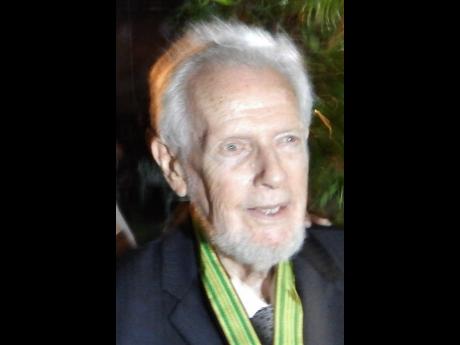 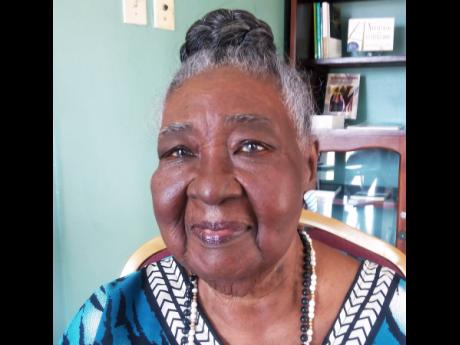 Maisie Prince's life on stage seems to have come full circle. The former actress and singer took her first stage bow in Sunday school. Her last (she thinks) was in a play at her church, The Temple of Light Centre for Spiritual Living in New Kingston, a few years ago.

Prince, who was born 1929, is now content to reminisce on her long and enjoyable life on stage. It began at Sunday school in Port Antonio, Portland, and continued at Port Antonio Infant School, Prince told The Gleaner recently. Her trained voice was quite firm, though the hand holding her walking stick, now her main 'prop', was shaky.

"I grew up reciting in Sunday school plays and concerts," she said. "Auntie put me in everything."

'Auntie' was her great-aunt Adelle Leonora Prince, a Shortwood exhibitioner, who adopted Prince from birth.

"She became headmistress of the Port Antonio Infant School, situated on the fort on the Titchfield peninsula," Prince continued. "We lived on the premises. She taught there for 40 years. At the infant school, I used to recite poems at prize-giving, and other events, and she used to do little plays from storybooks. I was always in them."

Prince moved on to Titchfield Secondary School when she was nine years old. There, her teacher, L. A. Prescod, habitually mounted a European play, sometimes Shakespeare, at prize giving ceremonies. Because of her experience, even at that young age, Prince was always in the shows.

She also got involved in the town's adult-education group, largely because her aunt belonged to it.

"It was the first group that organised the Festival of Arts and Drama in Portland," Prince said. "That's where (the Jamaica Cultural Development Commission Festival all started."

"We were judged by Mr Tom Murray of the British Council, who came all the way to Port Antonio," Prince said, making it clear that her prizes were the result of official adjudication.

Leaving school in 1947, she started working at the Port Antonio post office. In her early 20s, Prince was transferred to Kingston, where she quickly got involved in further church activities. In fact, Prince said she was one of the foundation members of Mona's Church of Ascension at 1 Daisy Avenue. She said it began under a mango tree on the same compound.

The young church had a choir of which Prince was a member, having been specially invited to join by the minister, Rev McNabb. Music was by an organist (a Miss Lloyd) playing a harmonica organ and "a table was the altar".

While at the post office, she became friends with actress Sheila Hill who, with actor-broadcaster Reggie Carter (eventually her husband), started The Jamaica Playhouse. Prince joined the group, but initially wasn't on stage. "I used to do backstage and box office work," she said. But, as surely as cream rises to the top, Prince had to rise to the stage.

"One day, they were rehearsing a play and there was something in it that I heard, and I said that's not the word you'd use and corrected them. Reggie said, 'keep that in. keep that in', then told me 'Maisie, you have to get a part in this play'. So I went on stage again," Prince said.

She acted in that play and others. But it was with another theatre company, the Jamaica Musical Theatre Company, that Prince spent most of her theatre career. Beginning life in 1961 as the Jamaica Amateur Operatic Society, it had a name change in 20 years later when Douglas Bennett took the helm as chairman, a post he retains to date.

However, her crowning role was in a Little Theatre Movement production, Hail Columbus, the 1972-73 pantomime. It involved some of the greatest names in Jamaican theatre. With book and lyrics by Barbara Gloudon, the musical was directed by Norman Rae. Music, movement, set and costumes were by the multitalented co-founder of the National Dance Theatre Company (NDTC), Eddy Thomas. Musical direction was by Sonny Bradshaw and lighting by George Carter.

Prince said, "I remember that Mrs Greta Fowler came to one show that I was in. It was the year Louise Bennett's mother was ill and Louise couldn't do the Pantomime at Ward Theatre, as she had to be looking after her mother.

"Mrs Fowler said I had stage presence and asked if Jamaica Playhouse would release me to take over the lead role (with Pauline Stone alternating) that Miss Lou (Louise Bennett-Coverley) was doing. So I did. That was my biggest part."

Among the notables Prince remembers meeting in the show were Oliver Samuels and Ranny Williams. An incident Prince recalls with some pride, and even more amusement, was told to her by Miss Lou.

"She was in the Ward Theatre gallery one night watching the show and she heard some people in front of her saying 'ah Miss Lou dat... But a nuh Miss Lou... Yes ah Miss Lou'. So Louise kept very quiet so they wouldn't hear her voice."

It is understandable why Prince didn't mind being mistaken for the great Miss Lou.