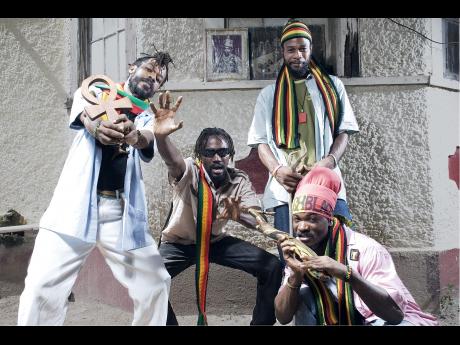 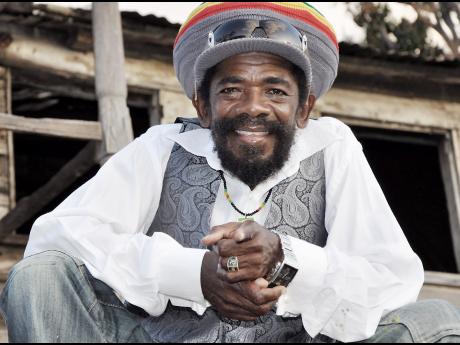 Yesterday morning, the voices of Winsome Benjamin and Phillip Frazer were among those in studio at KOOL FM, Braemar Avenue, New Kingston.

While there is nothing remarkable about performers' voices in a radio station, it is noteworthy that the two were there in the flesh as well, among five entertainers for this week's Mellow Mornings Live Tuesdays.

It was the latest installment in a weekly set of concerts and interviews which started with KOOL FM's 13th anniversary, last November, running from 7 a.m., to 9 p.m., during Mikey Thompson's morning programme. Mellow Mornings runs from 5 a.m., to 9 a.m., Mondays to Thursdays.

They have not, Thompson said that at least 140 performers - vocalists and musicians - have been on Mellow Mornings Live Tuesdays since then. Among them are Maurice Gordon, Frankie Paul, Freddie McGregor, Asante Amen, Stephanie Wallace, Aisha Davis, George Nooks, Tony Greene, Junior Tucker, Congo Billy, Bryan Art and Cocoa Tea.

Up to three months ago there was no drum set. However, Thompson said, since one has been put in, the number of bands has increased. Earth Cry, was the first full band in studio and Uprising Roots the largest so far.

Each performance is preceded by an interview, many times conducted by Dianne Thomas who is integral to Mellow Mornings, as co-host, along with Thompson.

Thompson has a dual objective in starting Live Tuesdays. "Apart from wanting something for an anniversary for KOOL, the objective was to present artistes, old, young, in between, known and unknown. It is for progressive music, for quality music," Thompson said.

"Man shall not live by the known acts alone. The unknown ones have been presenting some wonderful stuff," Thompson said.

No fear of time

Adapting a slogan from Merritone (the oldest active sound system in the world, which is celebrating 65 years this year), Thompson said, "A thing of quality has no fear of time".

"That has helped us to keep our standard and not fall below it," Thompson said.

While there have been themed shows, one being strictly jazz and the other focusing on gospel, Thompson said "generally it is mixed. It is becoming eclectic".

There have been those who have travelled some distance to perform on Live Tuesdays, among them a band that made the journey in from Mandeville and Kenny Burke, who came in from Canada.

Having hosted so many performers and the insistence on quality, Thompson said, "people don't realise the extent and the richness for the future of the music we have".

"However, it requires nurturing. "We have to give them (the performers) a medium in which they can be heard. They will be stifled unless the industry takes a good look at itself," Thompson said. "Unless they are given a voice, a lot of good things will fall through the cracks. People will be disheartened."

"We are trying to let people see the quality of our music."

The performers have been appreciative, Thompson recalling how, after doing 20 minutes, Cocoa Tea said he was just ready to begin.

"It is something to work towards. They feel they can be heard," Thompson said.

With Live Tuesdays having started for a KOOL anniversary, Thompson is making plans for upcoming Live Tuesdays and looking at a date two months from now in a slightly different way than he would have last September.

"Come November it will be the first anniversary of Live Tuesdays and the 14th anniversary for KOOL," Thompson said.