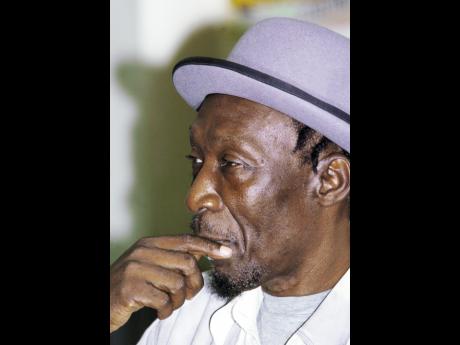 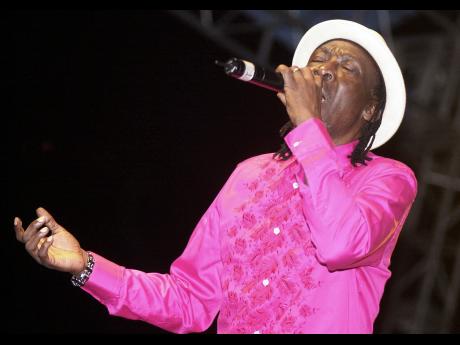 Alton Ellis' anti-rude boy campaign has gone down in history as one of the most significant features of early Jamaican music. At a time when Jamaica's murder rate had climbed to unprecedented levels, Ellis' stance is particularly relevant. Ellis, who would have turned 77 last Tuesday (September 1) if he were alive, was a firm advocate of peace, and unlike many others, wasn't interested in making money at the expense of destroying the national fabric. This, he demonstrated in several of his recordings that denounced an upsurge in lawlessness in the early 1960s, but was unceremoniously stopped by the threat of others, who were going in quite the opposite direction - glamorising the rude boys in their recordings.

Just when we thought that the attainment of Independence would have brought peace and stability to the nation, it instead brought a marked rise in the crime rate, with the associated stories filtering down into Jamaica's popular music at the time. The rude boy syndrome that emerged in Jamaica shortly after Independence was, however, not new to the island. In 1948, Ivanhoe 'Rhygin' Martin, the model for Jimmy Cliff's role in the movie, The Harder They Come, became the earliest, most notorious and prime example of the rude boy phenomenon when he challenged the police in a series of gunfights. Some 14 years later, when the syndrome re-emerged in the early 1960s on a wider scale, record producers realised that there was a large audience and market for immoral messages, especially those that glamorised rude boys, and duly capitalised on the trend by investing huge sums into record production.

Going against the trend

Ellis, however, decided to record five classic cuts - Don't Trouble People, Cry Tough, Dance Crasher, The Preacher, and The Blessing of Love, for producer Duke Reid - all aimed at condemning the rude boy syndrome and overturning the efforts of his adversaries. One of few popular Jamaican singers to take a consistent anti-rude boy stand in their recordings, Ellis was born in Trench Town, west Kingston on September 1, 1938, attended the Boys' Town Primary School in the community, and grew up there amid the tough conditions of ghetto life. His early beginnings in the entertainment business saw him performing on the Vere Johns Opportunity Hour talent shows, first as a dancer, and then as a singer, winning several contests in the latter field. His first set of recordings were of the R&B type and included Muriel, You Are My Heaven, and Let Me Dream - a duet with Eddie Parkins in the late 1950s. A period of inactivity followed before Ellis put a group together and joined Duke Reid's Treasure Isle label as Alton and The Flames. In an interview I did with Ellis some years ago, he said Cry Tough was the first one he recorded against the rude boys. In the re-recording, Ellis could be heard warning the unruly youth that time would catch up on them:

"Cry tough, Don't you know you're getting old

Oh yes you are getting older.

Cry tough, cause you know you're getting slow

Cry tough, you are getting slower",

"How can a man be tough, tougher than the world.

For if he's rough, he's against the world".

According to Ellis, "It was a period when I was anti-bad boy. Never like the bad boy business that begin to creep up in the country". With reference to his anti-rude boy song, Blessing of Love, he said: "It was a time when we were crying for some love in the island." Relegating them to the status of being a "rudie at large", the song urged the rude boys and badmen to:

"Stop your shootings, no more killings,

away with ratchets, show some friendship.

Send us blessings of love," he concluded.

Of all his early songs that attacked the rude boys and badmen, Dance Crasher was perhaps the most popular. With the Baba Brooks and the Tommy McCook aggregations in attendance, Dance Crasher flew to the top of the Jamaican charts and stayed there for several weeks. The recording urged the knife-wielding, bottle-throwing troublemakers, to redirect their energies into more productive areas, for example, boxing, because "you could have been a champion like Mr Bunny Grant," - a Jamaican lightweight boxing champion of the 1960s. In the recording, Ellis further urged on the hoodlums with the lyrics:

Don't use a knife to take another fella's life

You'll be sorry cause there's a death sentence

and you won't have a chance

and that will be your last dance.

Go to a gym

and get yourself in trim"

In the 1965 recording, Don't trouble People, Ellis advised the rude boys to:

"Leave them alone, everything will be alright.

Have your fun while you're young

Age is catching up on you.

The troubling times always sees trouble from inside

and we'll pray for a day to come

when we'll see the rising sun."

The final record in the batch, The Preacher, reiterates the message that was conveyed in the previous recordings, that it doesn't pay to be a rude boy.

"You ought to be good.

A big bad boy is sitting and thinking

He's got so much trouble and now he's paying

The big bad boy is sitting and thinking.

You'll loose the love you've had.

Anytime he tries to be a good boy

but being a bad boy, he just couldn't make it."

The rude boy syndrome of which Ellis sang has escalated over the years, reaching the notoriously high figures of 800 murders in eight months up to August 2015.