After promises were said to have been made a year ago 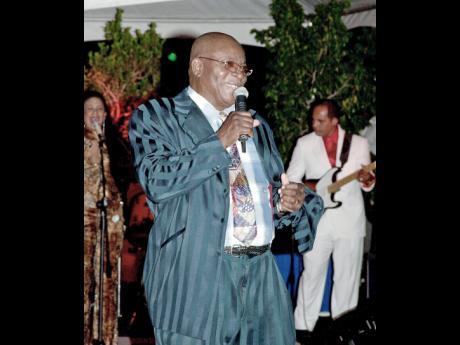 Slinger Francisco, better known as the Mighty Sparrow, is still awaiting financial assistance from Trinidad and Tobago for his medical bills.

According to a news report from the country's Guardian newspaper, president of the Oilfields Workers' Trade Union (OWTU), Ancel Roget, said Sparrow did not get the financial assistance promised to him a year ago.

Roget, speaking at an OWTU press conference at the Paramount headquarters recently, expressed disappointment at the failure of the State to fulfil its promise to Sparrow, the man who helped put Trinidad and Tobago on the map with his calypso music.

He said Sparrow was hospitalised for three months in the United States in September 2013, after suffering a stroke.

In February, during a function in Siparia, promises were made that the State would foot his bills. However, Roget said Sparrow came to Trinidad on August 26, 2015, expecting to get a cheque to pay his overseas expenses.

"He left empty-handed," he said. "It is grossly unfortunate that over one year later, the Mighty Sparrow's medical bills have not been paid. We have information that they were in contact with him and agreed to a figure, but they never delivered on their promise," Roget said.

He also explained that Sparrow has medical bills every month and was very distressed over his financial situation.

"The medical expenses incurred has put him in a difficult financial position," he explained. "It is wrong, immoral and a blow to culture that a national icon who contributed enormously to the T&T image worldwide has to suffer in this way. A public commitment was made but medical bills remain unpaid."

The Mighty Sparrow also made a statement regarding his situation.

"I hope to get what was promised to me a long time ago," he said. "My bills are heavy."

While born in Grenada, Sparrow spent most of his life in Trinidad and Tobago and is arguably the most popular calypsonian from the Caribbean and is known internationally as the Calypso King of the World. His career spans over four decades.

In June, the 79-year-old singer was conferred with the Order of the British Empire, also for his services to culture. He has had several issues with his health in