The Walk: A mad plan 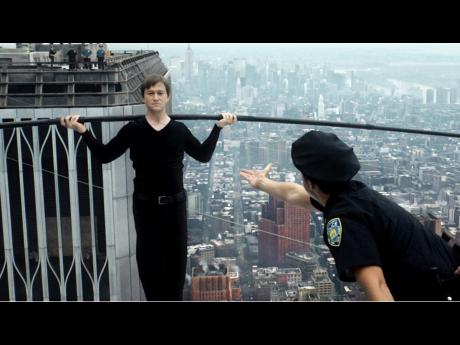 Twelve people have walked on the moon, but only one man - Philippe Petit - has ever, or will ever, walk in the immense void between the World Trade Center towers. Guided by his real-life mentor, Papa Rudy, and aided by an unlikely band of international recruits, Petit and his gang overcome long odds, betrayals, dissension and countless close calls to conceive and execute their mad plan.

The Walk is an American 3D biographical drama directed by Robert Zemeckis and written by Christopher Browne and Zemeckis. It is based on the story of French high-wire artist Philippe Petit's walk between the Twin Towers of the World Trade Center on August 7, 1974. The film stars Joseph Gordon-Levitt (500 Days of Summer/Inception, Academy-award winner Ben Kingsley, Charlotte le Bon, James Badge Dale, Ben Schwartz, and Steve Valentine.

By The Sea: Marriage on the rocks
Suffragette: Sacrificing all for equality
Everest: An epic battle to survive