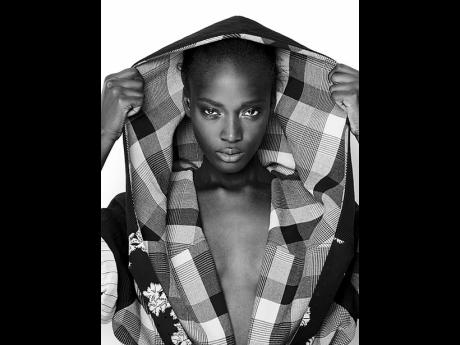 Francine James, the latest Vogue model from top Jamaican agency Pulse, will make a featured guest appearance at the live finals of Pulse's Search For The Million Dollar Girl on November 1. She is a past winner of the Pulse Search,

The live final takes place at the Pulse Centre, Trafalgar Road, New Kingston. Close to 200 new faces will compete for Male Face, Petite and Full Figure titles. The top 10 contestants in the Fashion Model segment will go on to compete in the TV reality show which follows.

James recently shot 14 pages of German Vogue, which will be published later this month. She spent the first half of the year on a tour of Europe, having walked the Paris runway at the collections in February and doing assignments for several clients before Vogue.

Leading up to the summer of this year, Francine appeared in editorials, campaigns and promotions for 1981, ESPRIT, Vlisco, Ahlens, LNDR, Todd Lyn, Vanessa Steward, Marios Schwab, Faith connection and Olympia Letan, among other assignments for European clients. Several of her assignments are now published. A cover girl at 16 years, Francine shot the cover and several pages of British travel glossy Suitcase when finishing high school.

Pulse's Kingsley Cooper has a direct connection with James, having discovered her at school himself and also introducing her to the international market personally. Now 18 years old, James is from Manley Meadows in Kingston.