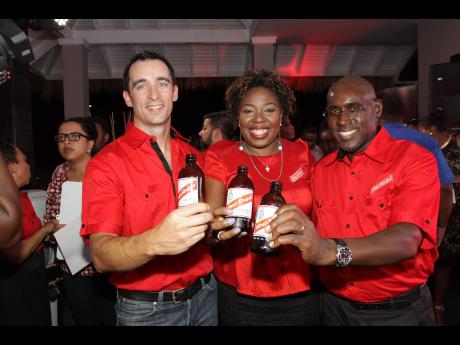 With two years in the making, the managing director of the beer company, Cedric Blair, noted that "in an environment where all that's wrong is quickly broadcast all over the world, this new, integrated brand campaign showcases what's good about Jamaica, what's good about us as a people, and what's good about how we live life to the fullest."

The Red Stripe team was keen to point out the distinct 'Jamaican-ness' of the campaign, which worked to reflect the warmth and rich vibrancy of the country's diverse people.

Head of marketing and innovation, Blandine JnPaul-Reid, noted: "Red Stripe is loved by Jamaica, and it was time to really start showing Jamaica what Red Stripe is about and how it is part of their daily routine. Red Stripe rallies us to unlock good times in every moment, no matter what. Be a social catalyst that challenges the rules of modern living and bring imagination, spirit and possibility to living life to the fullest. That is what's good!"

The campaign kicked off on Monday, October 19, running across print, television, radio and social media.