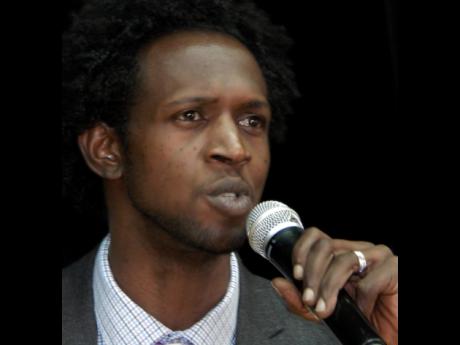 The propagation and dissemination of positive Jamaican values was a central topic examined at two of the many enjoyable events making up last week's Rex Nettleford Arts Conference at the Edna Manley College of the Visual and Performing Arts (EMCVPA).

One was a panel discussion on October 16 about Nettleford's National Dance Theatre Company (NDTC) featuring three former members of the company, which Nettleford co-founded in 1962. The other was a production of Ratoon, a new play by Dr Erna Brodber who, like Nettleford, is a Jamaican cultural icon.

At the panel, moderated by Cheryl Ryman, Dr Monika Lawrence and Christopher Walker were wide-ranging in their discussion of the dance company; however, I found interesting contrasts in Lawrence's portrait of Nettleford as a national visionary and Walker's of him as a man who profoundly valued the individuals in his NDTC family.

Focusing mainly on three of Nettleford's folk-centred dances - Pocomania (1962), Kumina (1972), and Gerrehbenta (1983) - Lawrence said Nettleford made political and social statements with his dances. He had a two-pronged approach to educating audiences about the importance of dance, one being choreography and the other education. (Nettleford was a professor at, and at the time of his death in 2010 Vice-Chancellor of, the University of the West Indies.)

Lawrence said the "most profound findings" in her research for the presentation were:

- Dance can be political as an instrument of self-help.

- Dance is a product of the time. Ritual can serve as a form of the culture outside of its religious context.

- Dance is a route of cognition.

- Dance is more than a historical construct; it is also a form of continuity, often acquired through learning bodily techniques and practices from traditional cultural exponents.

She concluded: "This cultural philosopher, Nettleford, is a representation of Jamaica's living cultural heritage. He has bridged the past and present colonial and independent Jamaica and Africa and the diaspora through these choreographic works, which characterise the Jamaican people. Nettleford dialogues the past, present, and the future and has them dialoguing with each other."

Walker, a dance lecturer in the USA, said he was particularly interested in the NDTC's dance vocabulary and confessed fascination with Nettleford's use of "everyday learning." That included traditional storytelling, communication with each other and "the access of the space we occupy as Caribbean people." It is a space where (in Nettleford's words) "Europe governed but Africa ruled."

He said that Nettleford opted to support a system of training with "diverse approaches to training the body," instead of crafting a special NDTC technique. "Rex honours everything that is European, African and Asian about our culture - and the inclusive reality that is also the Jamaican/Caribbean culture," Walker said.

From Nettleford Walker learnt the importance of the individual. "That is an important thing to recognise. I wouldn't be here today if that sense of value wasn't there, a sense that this is a space where you grow because you have a responsibility to grow and contribute," he said.

He added: "Rex was building philanthropy. He was training citizens ... . He created this idea of collective centring, how much we can accomplish when we work together ...in a space where dancers could be spiritually reflective. It's a space where the creative process was a ritual."

Ratoon, which was commissioned from the author by the college and had its world premiere last Friday, continues at the EMCVPA's School of Drama this weekend. Its theme, as its subtitle suggests, is building a new Jamaica.

It is being staged in the Dennis Scott Studio Theatre. Scott, a former head of the School and a renowned playwright, would have been pleased with the first act. In its fluid scene changes, shifts through time and use of music, it is reminiscent of Scott' An Echo in the Bone.

He would not have been happy with Act 2. Scott's plays build to a powerful climax - as satisfying plays (and novels) generally do. Ratoon doesn't even have a weak climax; it has no climax at all. In fact, the play stops at the end of Act 1 and most of the second act consists of a conversation with the audience (community drama style) about how the play should end.

Happily, contrasting sharply with a pedestrian Act 2 is an energy-packed, engaging opening act. There we meet, among others, Nellie (played when I saw the show by Faithy Lynch), a country girl who is loved by Baba (Derrick Clarke), a gentle, loving, progressive Rastafarian.

Baba is a man of the people without, apparently, much education. But his views on the importance of building a people-centred Jamaica coincide with Nellie's university-educated father, Lucas (Rajeave Mattis), a farmer. Holding opposing views is Nellie's Aunt Becca (Shanthele Simms). House-proud and filled with backward notions of class and upward mobility, she also hates black skin (like her own) and "bad hair."

She, unfortunately, is Nellie's guardian and forces her values on the 16 year-old girl. As she combs Nellie's hair, Becca declares: "What is on yu head is more important than what is in yu head." After the combing she uses a hideous white hat to hide Nellie's short hair.

Melodramatic in its portrayal of the characters as either 'good guys' or 'bad guys', the story shows the bad - like Becca, members of a community meeting who advocate castrating young black men with high sex drives and Noel Spence (Neil Waithe), scion of a wealthy family - as having no redeeming qualities.

On the other hand Baba and Lucas have only good qualities. They include a love of traditional Jamaican food.

Though the story offers no fresh views on the clash between the classes, the Brechtian style of directing which Carolyn Allen uses is interesting. (In that style of of Bertolt Brecht, a play should cause rationa self-reflection along with a critical view of the stage action, rather than spectators' emotional identification with the characters or action.)

Thus the absence of a climax is Brechtian and symbols and symbolic action abound. For example, Nellie is literally pulled one way and another in a tug-of-war between opposing teams representing Becca and Baba/Lucas.

The acting is uniformly strong and the folk and religious songs are beautifully delivered. Ratoon is worth seeing for its first act alone.