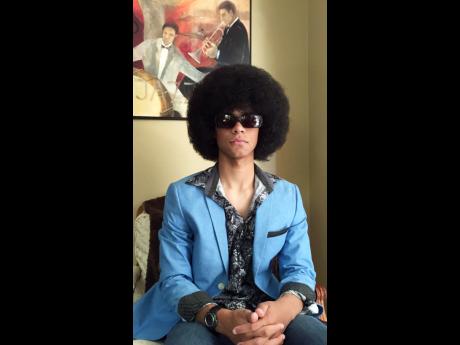 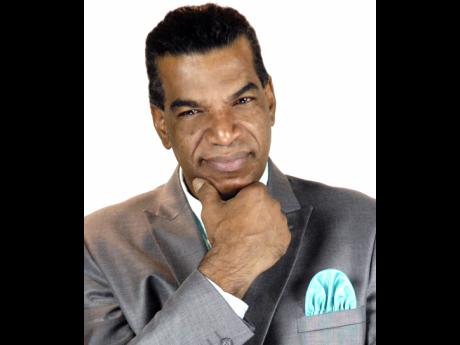 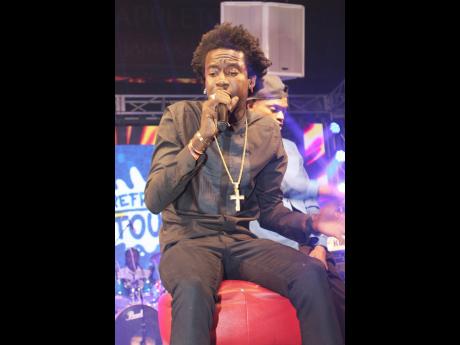 At first, the focus might be his afro, reminiscent of the militant Black Power movement of the 1960s. But that would change in a short while as 14year-old William Franklyn Leathers takes command of the piano and moves his fingers across the ivories.

Born in Canada to Jamaican parents, Leathers will be among a star-studded line-up for the Devon House 134h Anniversary Benefit Concert on the property, Saturday, November 21, starting with cocktails at 6:30 p.m. Show time is 8 p.m. The concert is being held under the distinguished patronage of the Most Honourable P.J. Patterson, ON, OCG, PC, QC.

Leathers has been playing the piano since he was four years old, and at seven, he became the youngest piano player ever in the Fern High School’s grade seven and eight jazz band. In 2010, Leathers was one of eight musicians from around the world invited to perform at the Young Artists Inspired by Glenn Gould concert, held at Rideau Hall, Canada.

Leathers started playing the trumpet at eight years old, and in 2013, became the youngest trumpeter to be accepted in the Toronto Symphony and also the Halton Mississauga Youth Orchestra. One of his greatest gifts is synesthesia, a rare brain function that gives him the amazing ability to see music in colour.

He had the privilege recently of spending an hour with renowned trumpeter Wynton Marsalis, who said Leathers was one of only 10 such musical prodigies he had ever met.

This year, Leathers received a MARTY Award from the Mississauga Arts Council.

Contribution to the concert is $5,000 and tickets are available at Music Mart on South Avenue; Derrick Harriott’s Records in Twin Gates Plaza; and Devon House.

Jack Radics will perform at the 14th Annual Taste of the World Gala, presented by Africa’s Children’s Fund at the Hyatt Regency Atlanta Hotel in downtown Atlanta, USA, this Sunday.

Africa’s Children’s Fund (ACF) is a non-profit organisation dedicated to improving the lives of children in need in metropolitan Atlanta and several countries throughout Africa and the Caribbean.

The Taste of The World Gala is a spectacular display of Atlanta’s premier chefs and their culinary talents, featuring delicacies from different regions of the world. The gala is the Africa’s Children’s Fund’s major fundraising effort to support childhood hunger prevention, mentoring, and scholarship programmes. Since 1998, the event has raised funds to support and assist nearly 70,000 children and families in Atlanta and several African nations.

ACF, which has long had an association with Archbishop Emeritus Desmond Tutu, will extend its connection by including the Tutu Desks Project as one of the supportive programmes. ACF will also be honouring Tutu by unveiling a portrait of him on the Saturday evening before the Gala.

Radics said, “As artists, we are blessed with the ability and the opportunity to use our gifts to touch hearts, raise awareness, and be an advocate on behalf of those without a voice. I am humbled and honoured to be part of this important event and to do my part in supporting the children of Atlanta and the wider diaspora. I have always believed we are each other’s keeper, and this is never more so than it is today. I thank ACF for inviting me to lend my voice to the cause and am looking forward to a truly special evening."

Radics is in the Guinness Book of World Records for recording the fastest-selling reggae remake ever of a popular song, Twist and Shout, along with Chaka Demus and Pliers in 1993. His latest single, Make You Mine, from his album Way 2 Long, made the Billboard Hot Singles chart.

The National Stadium will be a flurry of excitement today as the Reggae Boyz take on Panama in their World Cup Qualifier game.

Exclusive communications partner of the Boyz, Digicel is promising fans a fun-filled journey along the Road to Russia, with loads of entertainment for spectators.

Among the activities is the Digicel/Red Stripe Party Stand, a beer-inclusive fare complete with viewing deck and high-definition screens.

Digicel is inviting interested fans to log on to the Digicel social media pages (Twitter - @digiceljamaica; Facebook/Instagram - Digicel Jamaica) to get a chance to win one of the exclusive tickets.

Digicel is also promising a half-time that will be memorable, with entertainment provided by ZJ Sparks and a performance by dancehall artiste Chi Ching Ching.

Also joining in the spotlight is 2015 Digicel Rising Stars winner Jody Kay James, who has been given the honour of singing the national anthem. With her powerhouse voice and strong stage presence, James is expected to deliver a moving rendition.

The Reggae Boyz vs Panama match will kick off at 9 p.m. and the gates open at 6 p.m.