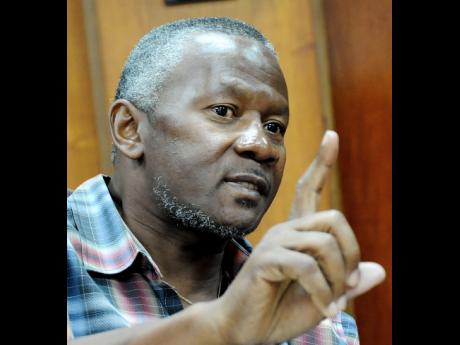 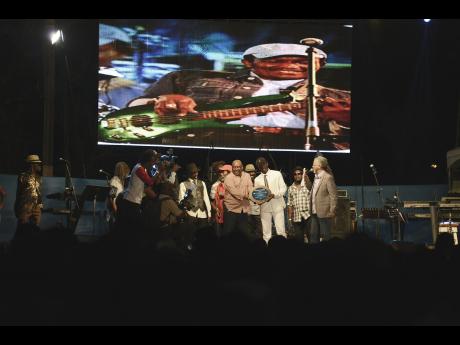 Gladstione Taylor
A number of entertainment personalities gather on stage at the Mas Camp, National Stadium, on Saturday night. 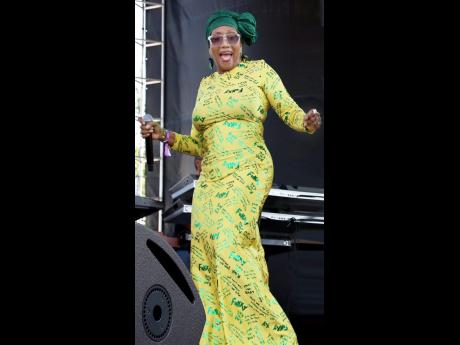 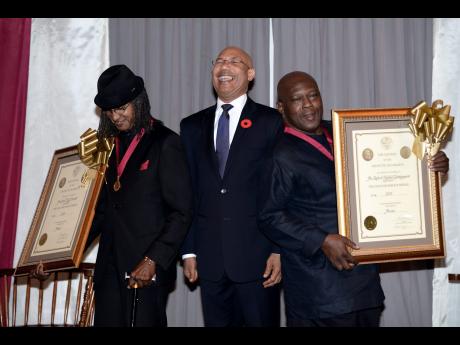 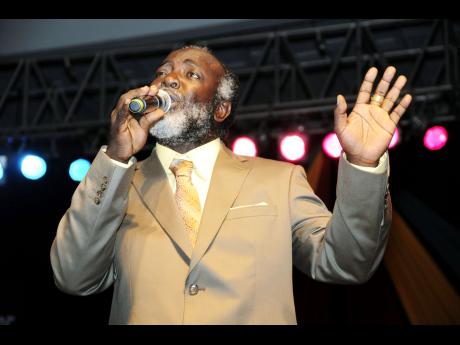 File
Freddie McGregor, one of Startime’s honorees who was not a performer at Startime on Saturday night. 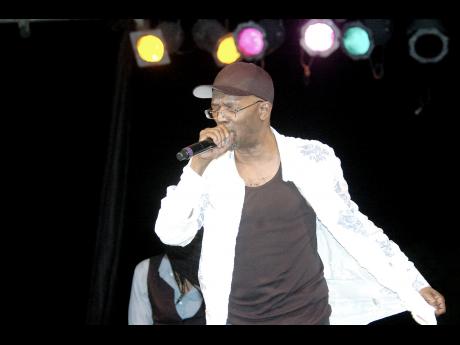 Last Saturday's staging of the Original Startime at Mas Camp, National Stadium, was billed in part as a one-night-only event. Co-organiser Michael Barnett said ahead of the concert that he was not sure if it would be held again.

After the very strong crowd response, Barnett and new partner Charles Simms will be holding Startime again, in Clarendon on July 9. Despite this, Barnett does not see the vintage concert being staged more than once a year after that.

Though a second show is already in the works, Barnett does not foresee this as a regular occurrence.

"I think Startime will be back to its regular once a year, but for several shows a year, I'm not so sure about. For one thing, the artiste pool is not wide enough for us to be doing several shows a year. Startime is the real deal. When patrons come to the show they are hearing songs from the originator, and that is what sets us apart from the other shows. It can't get any better than that," he said.

"There are two types of sponsors - those who give cash and those who give kind. Cash sponsors are not easy to get for any event. They are essential to any event as they lower your budget. For me and my team, we have to be able to fund an event before we even decide to go ahead with it. We have not had any problems in securing sponsors. We are grateful to Monymusk Plantation Rums, Chung's Catering, Devon Bourne's RUBiS Station, and Ting, who were our cash sponsors," he said.

"If he wasn't involved, we couldn't do the show. He understands the business and he understands music. He and his brother-in-law use to run WKS Records, which was responsible for bursting Beres Hammond on the scene in the 1980s. He's knowledgeable and easy to work with. He plays a crucial role in the success of Startime," Barnett said.

As he looks towards the second Startime for 2016, slated for the Juci Patties property, Barnett is expecting most of the persons who turned up at Mas Camp on Saturday to make the trip to Clarendon.

"We decided to stick with the ninth of the month because it worked so well for last week's staging. I think that at least 75 per cent of patrons who came to the event in Kingston will come to the one in Clarendon - the demand for this show is that great. By mid to late July, most of these artistes are heading to Europe for the big festivals and shows, so we wanted to get them on a show before they went off," Barnett said.

He is hoping to have a similar line-up as last week, and has already confirmed Marcia Griffiths as the headline act. Additionally, there are plans to bring Knutsford Express on board to shuttle patrons from Montego-Bay, Ocho Rios and Negril.

One could hardly traverse the throng of patrons on Saturday night for the return of the Original Startime. Good vibes and even greater music had patrons singing and dancing along till the wee hours of the morning. Michael Barnett attributed the result to the great demand for the show.

"People have been asking for the show to return for months. We have dubbed this 'the people's show' because the demand has been so overwhelming. There has not been a vintage show since July 2013, so we felt now was the right time to bring it back. We expected a large turnout, but the crowd on Saturday exceeded expectations," Barnett told The Gleaner.

Though not willing to divulge the number of patrons who were in attendance, he noted that there is a demand for vintage shows across the island

"Startime is not just a show. It's an extraordinary experience and that is what has been missing from other shows. When you realise that there has been no vintage show since 2013, and the crowd we got tonight, there clearly is a demand. From the moment a patron enters our venue to when they leave, they are guaranteed to enjoy the show from beginning to end," he claimed.

With several promoters unable to continue their events due to lack of sponsorship, that has not been the case for Barnett and his new business partner, Simms.

In addition to the performances, a number of artistes were also honoured for their phenomenal contribution to Jamaica's music and culture. It was a mix of persons who were on the line-up and special guests, and included Leroy Sibbles, the Mighty Diamonds, Marcia Griffiths, Errol Dunkley, Keith 'Bob Andy' Anderson, Lester 'Dillinger' Bullock, Lloyd Parks And We The People Band, Frankie Paul, Horace Andy, Johnny Clarke, Beres Hammond, Freddie McGregor and Sly and Robbie.

"Initially, we were going to award Sly and Robbie, who were our special guests for the night, for taking Jamaica to the world. They have worked with more international artistes than any other Jamaican. We then decided to include all the performers, as well as other artistes who have all tremendously made an impact on our music," Barnett said.

It was another high point of the night.

"Their gratitude and appreciation said it all for me. Not only for bringing back the Original Startime, but for also being honoured in front of their peers and fans," Barnett said.