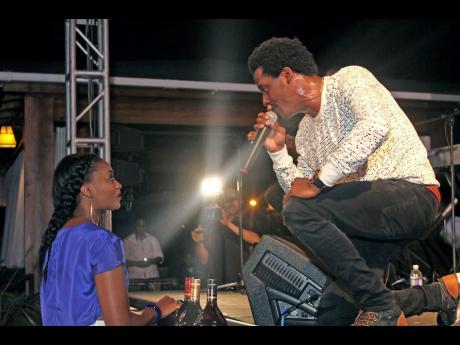 Anthony Minott
Romain Virgo gets up close with a fan during his performance. 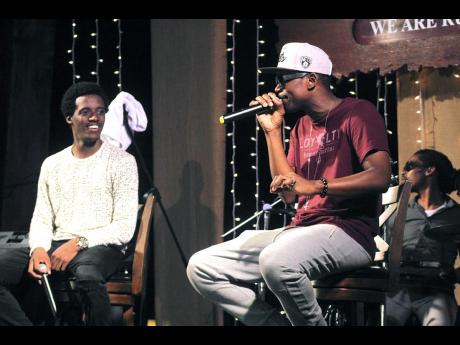 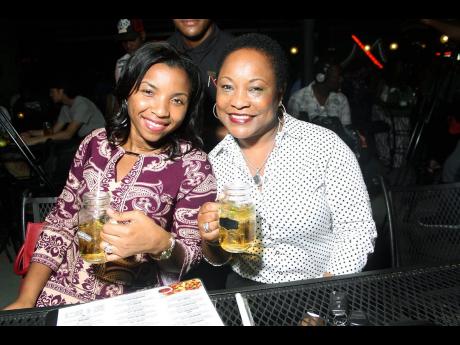 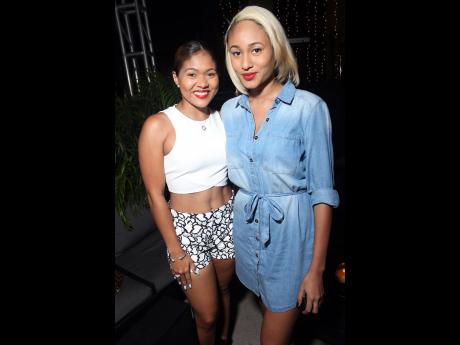 When you mix the natural spirits of Appleton Estate Jamaica Rum with good Reggae music from the vocals of Romain Virgo, you are guaranteed a winner.

That was the main consensus of many patrons at the first staging of the Appleton Signature Night Series, which featured Romain Virgo at the Macau's sports bar on Tuesday night.
Appleton Estate, is currently re-branding its rum products, to reflect what J Wray & Nephew Limited says is its ‘new premium global position'.
Appleton's master blender, Joyce Spence, officially unveiled the new packages for the rums including, Appleton Reserve recently. A number of big wigs from J Wray & Nephew Limited were also in attendance.
A beaming Cecil Smith, Commercial Director, J. Wray & Nephew Limited, was elated at the successful first staging of Appleton Estate’s Signature Nights.
“The debut showing of Appleton Estate Signature Nights, was a huge success for the brand, and the company J. Wray & Nephew Limited overall. We used the occasion as an opportunity to sensitise the hundreds of regulars at Macau's and Romain Virgo’s huge fan base, of the upgraded Appleton Estate label packaging.”
Smith continued, “Macau's is one of our most adored Appleton Estate accounts, and it was our pleasure to show our gratitude for their support of the brand in the form of a Romain Virgo concert free of cost to their patrons. We look forward to continuing this Appleton Estate new packaging tour with Tarrus Riley at Pier1 in Montego Bay next week, and the following four shows which will include stops by Christopher Martin also.”
Meanwhile, Reggae crooner, Romain Virgo had the crowd captivated from the onset of his performance.
Backed by the D Unit Band, Virgo pelted lyrics from  Everywhere I Go, Only You, Rich in Love among others.
Some females in the audience couldn't contain themselves, when Virgo performed the late Marvin Gay's mega hit, Lets Get It On.
He also did a tribute to Buju Banton, and little later he sampled Queen Africa's Lioness on the Rise, prior to having the ladies screaming for the Love Doctor.
Virgo called a young lady to the stage and serenaded her like she was his queen, much to the delight of the audience. He also called his good friend, Busy Signal on stage, for a cameo performance that the ladies thoroughly enjoyed.
Virgo also got a big forward for Fade Away, a single recorded with Agent Sasco.