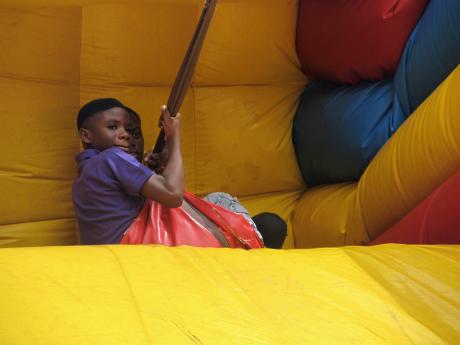 Marcia Rowe
Conroy White is ready to glide on the zip line. 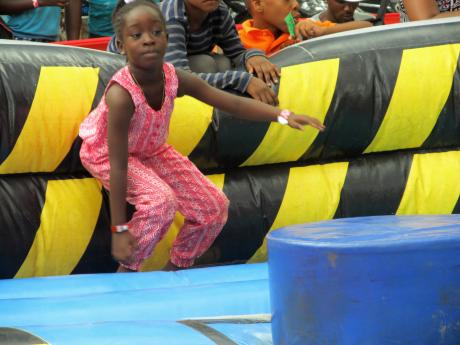 Marcia Rowe
Hyiel Shaw shows how it is done in 'The Terminator'. 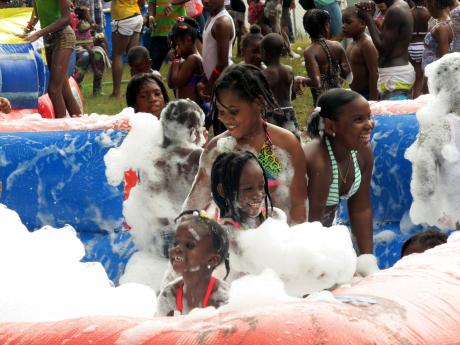 Marcia Rowe
Young patrons having fun in the foam pit. 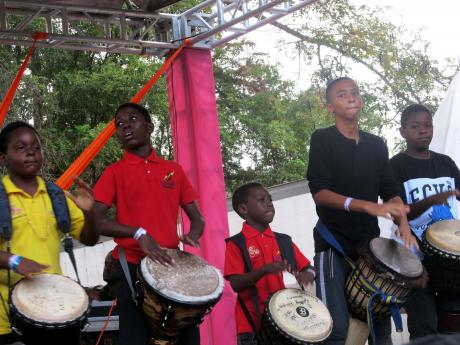 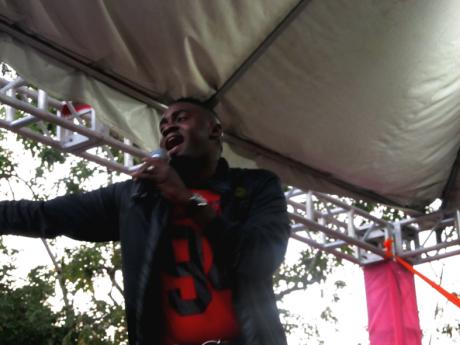 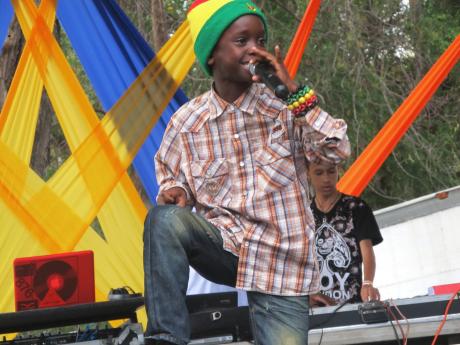 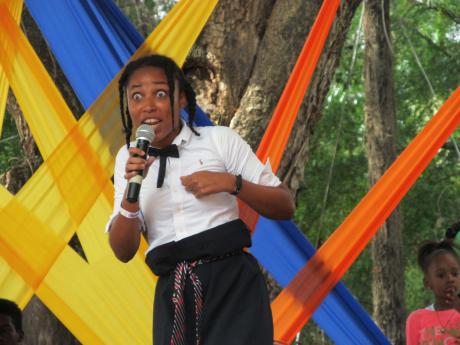 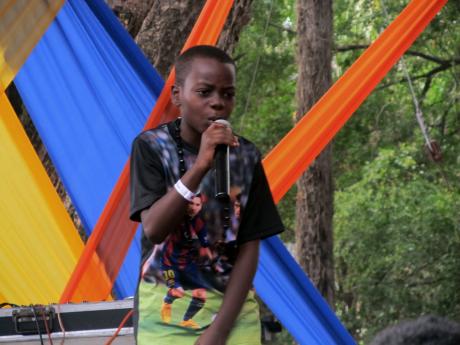 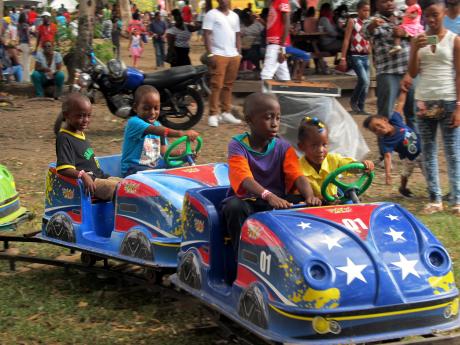 Marcia Rowe
The younger ones riding the train. 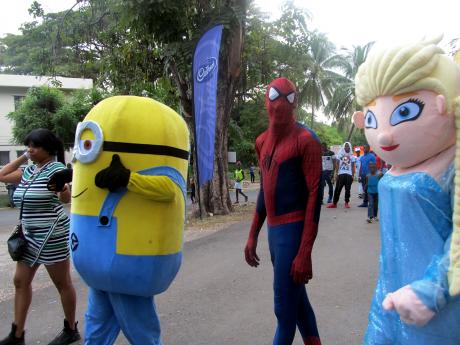 On Easter Monday, the southern entrance to the Royal Botanical Gardens, Hope Road, St Andrew, was transformed into a playland once again. Adding to the joyful atmosphere were rides ranging from the tried and proven merry-go-round to the more modern zip line. There were also the accustomed competitions, alternating with live performances on the elevated stage, and a noticeable increase in food stalls, with fewer offering products and services.

Based on appearances, the event seemed to live up to its title, Easter Funfest 2016. But with an increase in turnout by mid-afternoon, the lines for rides grew longer, advertised artistes seemed to be late for the party, and for some of those attending Funfest for the first time, this spelt disappointment.

Among them were Denise Dallas and her family, who, in spite of the excitement taking place on stage, were heading towards the exit. "I am leaving in frustration," she told The Gleaner. "The lines for all the rides are long, the kids are frustrated, and they just want to go home. So I had to return seven tickets and try and get a refund. I was refunded, thankfully. Probably, this is not my thing," she said.

While Shauna-Kaye Tyrell also left feeling disappointed, it was for a different reason. She and her family were leaving at 5 p.m., having arrived before 10 a.m., with no sign of gospel artist Jermaine Edwards. Still, she thought, overall, Funfest on was "not so bad".

"Enticing" was how Gary Scott, who was with Tyrell, described it, but would like the organisers to include rides for adults and advertise that there is a separate cost for the rides, "so that persons can come financially prepared".

And with that, they made their exit, approximately an hour before Edwards performed. His set lived up to his opening song Ketch A Fyah. Along with appropriate testimonies, he moved the crowd with One Day at a Time, Sweet Jesus and I Am Under the Rock, among others, before closing with a passionate rendition of Hallelujah.

Long before Edwards came to the party, patrons were treated to fine drumming from the Lighting Drummers of Ardenne Preparatory School, the history of dance from Dominant Nation Performing Arts Movement, songs from nine year-old Likale Eyece and tertiary level student Shanice Dixon with her Jamaica Cultural Development Commission (JCDC) bronze medal poem about dumplings. Behind the laptop selecting the music was the young, talented Isaac Peking a.k.a. DJ Zig Zag.

A standout was August Town Primary School student OJ Style, who goes by the stage name Zion. He entered the stage with a confidence that belied his nine years on Earth. Right foot on a monitor, he greeted the audience, and soon the young vocalist from Judgement Yard not only won the hearts of the crowd, but showed he was more than his stance. Zion was engaging, instructing the audience to sing along before giving his entertaining version of Nesbeth's My Dream.

Zion told The Gleaner that he enjoyed performing, and he also believes that education is important, placing third in his class. His favourite subject is Maths, and not surprisingly, Zion's favourite artistes are Sizzla and Capleton.