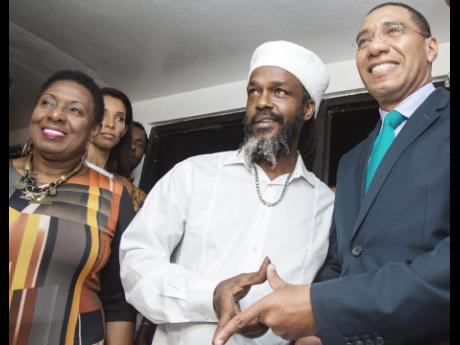 Darien Robertson
From left: Minister of Culture, Olivia ‘Babsy’ Grange shares a moment with Andrew McIntosh, son of the late Peter Tosh, and Prime Minister Andrew Holness at the VIP launch of the Peter Tosh Museum on Wednesday night. 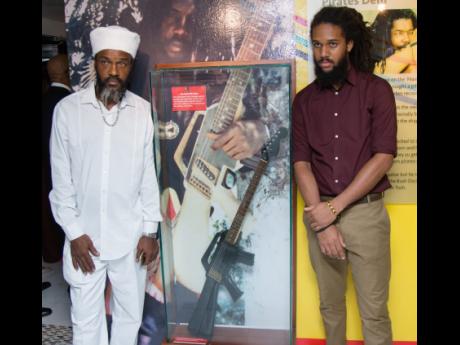 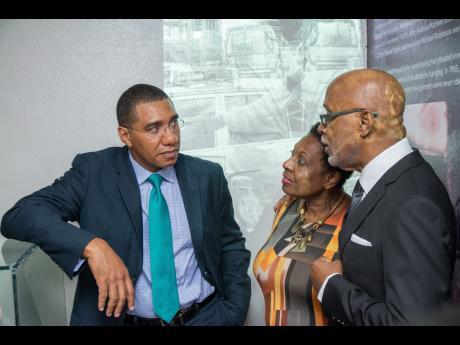 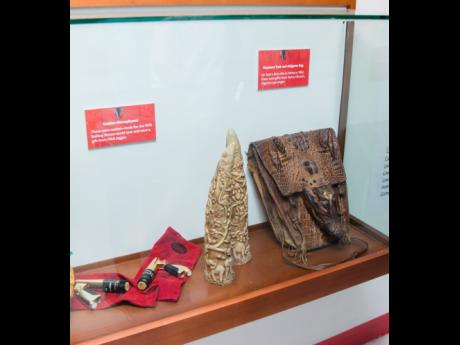 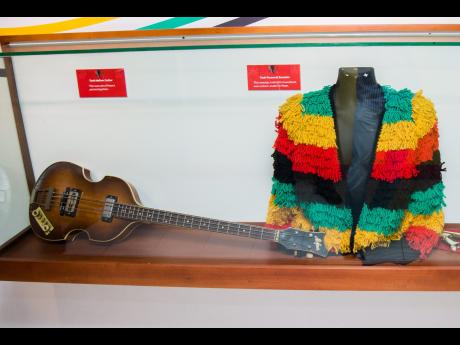 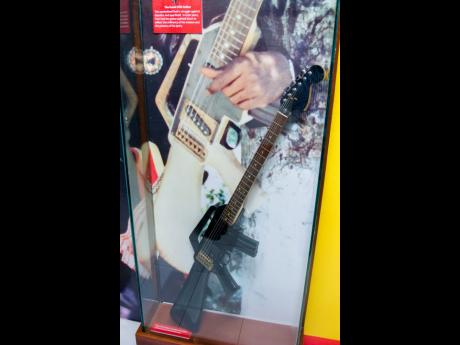 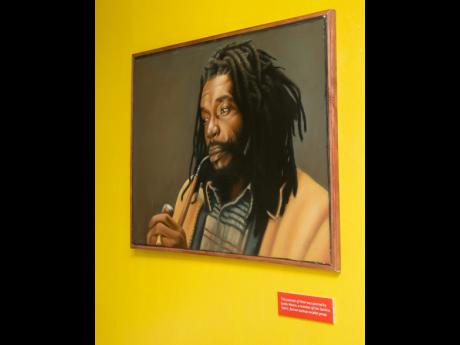 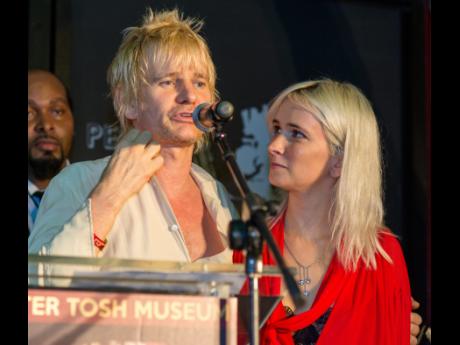 It was a star-studded affair on Wednesday night as scores of specially invited guests turned up at Pulse’s home on Trafalgar Road in New Kingston for the VIP launch of the Peter Tosh Museum.

It was a night of celebration, and those closest to Tosh remembered the musical icon as someone who never compromised his beliefs no matter what. His rebel way of life earned him many enemies throughout his lifetime, but on Wednesday night, there was a feeling of great pride among guests as they expressed joy at being able to honour Tosh in such an important manner.

“It gives me great pleasure, indeed, a profound sense of pride, to be opening the museum in honour of a great Jamaican son,” Prime Minister Andrew Holness said as he addressed the guests.

“One thing that was clear from Tosh’s music was the resistance; standing up for what you believe in and being a rebel, because, sometimes, being a rebel for the right cause is good. That, in a sense, defines what it means to be Jamaican,” he added.

Holness went on to say that the establishments of institutions such as museums are important as they help to document and preserve the legacies of those who have contributed to the country’s development.

“I want to, on this occasion, say how important it is for us to put in place the institutions that will protect, preserve, but also project our history, and that is what this museum will do,” he said. “I want to congratulate Kingsley and the family for doing this because, though it may be your own personal endeavour, you have given something of immeasurable value to the country.”

Minister of Culture Olivia ‘Babsy’ Grange abandoned her official speech as she recalled some of the memories she shared with Tosh. Describing him as someone she had a personal relationship with, Grange spoke about Tosh’s love for music and his constant fight to get law enforcers in Jamaica to legalise marijuana.

“Peter, for me, was a really special human being,” she said, as she shared memories of the late singer.

“Peter always had a problem with the police with the herb. He was controversial, but he was someone who spoke from the heart. He was a great poet, a great writer, and a really creative individual.”

Chairman of Pulse Investments Limited (one half of the organisers of the initiative) Kingsley Cooper told guests that although the idea of the Peter Tosh Museum was recently made public, it had been years in the making and he was happy that the plans have finally been made tangible and he is especially happy that the museum opened on the day Tosh would have celebrated his 72nd birthday.

“This evening marks the opening of the Peter Tosh Museum, an institution that has been long in the making, but will be an institution for the ages,” he said.

“This museum will be something that recognises the qualities of Peter Tosh and what made him special. He was uncompromising, someone who was prepared to die for what he believed in. He was a man of great talent, one deserving of honour and respect.”

The museum will be open to the public in the coming weeks.