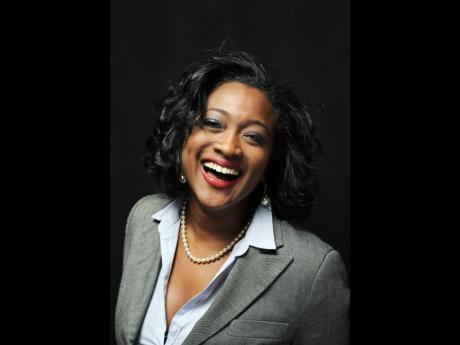 Across the Caribbean, the film community has been bubbling with activity. As it seeks to create distinct Caribbean identities through visual storytelling, film commissions have been exchanging ideas and resources to bolster interest in the filmmaking industry. At the behest residents of the smaller of the twin island nations, the Trinidad and Tobago Film Festival (TTFF) has branched to accommodate the staging of the first ever Tobago Jazz Film Festival on April 22-25, 2017.

"Tobagonians have been asking for their own film festival, and the Tobago Jazz Experience provides the perfect opportunity for us to do this. We are thrilled to be highlighting the talent of Tobago's young filmmakers alongside internationally acclaimed films centred in music," says Dr Bruce Paddington, founder of TTFF.

Annabelle Alcazar, programme director of TTFF, told The Gleaner that they have participated in a number of collaborations with other Caribbean territories. Through an annual festival and year-round screenings, TTFF celebrates films from across the Caribbean and seeks to facilitate the growth of Caribbean cinema by offering networking opportunities.

"We have partnerships with other regional film festivals like FEMI in Guadeloupe, Havana International Film Festival in Cuba, CuraÁao and Rencontres Cinema Martinique. We have exchanges of film and personnel, and we at TTFF try to include filmmakers from their territories for our industry events as much as possible," she said.

"We select films we feel would be relative to our Trinidad and Tobago festival audiences. Because of the reduction of income from oil and gas, the Government funding we had in the past has ceased. But they have tax incentives and tax rebates available for films, which have been successfully accessed," she said.

With regards to the hosting of the Jamaica Film Festival (JaFF), the Film Commission revealed that the programme is currently being reviewed and remains postponed until further notice. Film Commissioner Renee Robinson, indicated that the JAAFF's continued postponement is the result of consultations with industry practitioners. The decision was taken to focus on sector development through various partnerships with the Jamaica Film and Television Association (JAFTA) and other local and international bodies.

"It went extremely well - we had 15 participants much the same format as Jamaica: five producers, five scriptwriters and five script editors," Alcazar told The Gleaner.

"The inaugural staging of the Jamaica Film Festival must be applauded for facilitating capacity building, exhibiting local content, and helping to build opportunities for international collaboration. Our goal for any future staging will be to have an even more results-driven impact on a content-ready and market-ready Jamaican film industry," Robinson told The Gleaner.

The vision for JaFF is that festival programmers, digital distributors, sales agents, executive producers, talent scouts, film financiers and exhibitors from all across the globe can come to Jamaica to do business with members of the local and regional film industry, as well as with each other.

"We must take the time needed to listen and respond to the concerns raised by the industry, and to pivot our execution strategies to fix those gaps. We want the film festival to have a true positive impact on the local film industry, which will require additional time and investment to prepare festival-ready content and to build a results-driven framework with tangible baseline and relevantly scaled key performance indicators," Robinson said.