The Music Diaries | Songwriters work in the shadows, while artistes enjoy fame, spotlight 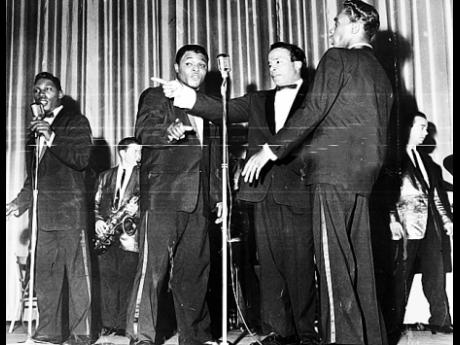 File
The Drifters performing at The Regal Theatre in 1960. 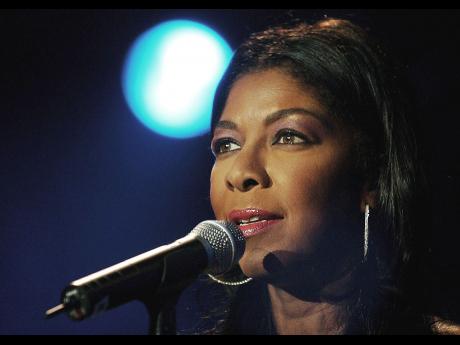 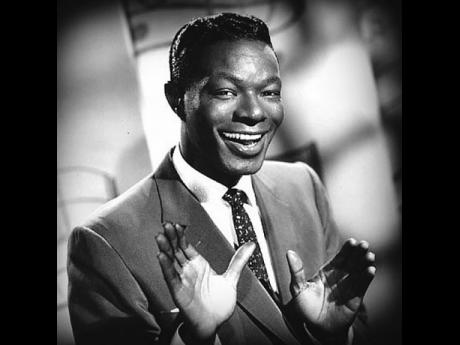 As is so often mentioned in previous articles, songwriters in popular music get very little recognition for the work they do.

Those songwriters who are also vocalists and write songs for themselves and others are the lucky ones because in the entertainment business, the focus is almost invariably on singers, and to a lesser extent, the musicians.

Some of the best poetry and love verses ever written in popular music were by some of these relatively unknown songwriters, who, by their works, have helped to make heroes and heroines of our vocalists.

Perhaps a perfect case in point is that of the greatest romantic balladeer of all time: Nat King Cole. Although being blessed with remarkable vocal talent, there is no denying that Cole's success was due in large measure to the lyrics of his talented songwriters. Yet these people are seldom mentioned.

It Happens To Be Me, sung by Cole, is the quintessence of balladerism, romanticism, and poetry. Credited to the relatively unknown composers - Gallop, Sammy/Kent and Arthur - Cole sings about himself:

"Someone longs for you and your caress

He's learning now how empty arms can be.

Someone who used to know

Your kiss not long ago

That someone happens to be me.

How he misses you, I must confess

He's just a dreamer who

is still in love with you,

that dreamer happens to be me."

Answer Me My Love, sung by Cole, is undoubtedly one of the best-written love songs ever. With a voice conducive to romance, Cole again does justice to his songwriters as he sings:

"Answer me, oh my love

Just what sin have I been guilty of?

Tell me how I came to lose your love

You were mine yesterday

I believed that love was here to stay

Won't you tell me where I've gone astray?

Please answer me my love."

One of Cole's better-known songwriters was Irving Gordon, who, perhaps, wrote his best-known recording - Unforgettable, which, (when re-recorded in duet with his daughter Natalie in 1992), became a Grammy-winning song. The unforgettable lyrics of Unforgettable, ran, in the first stanza:

"Unforgettable that's what you are

Unforgettable though near or far

Like a song of love that clings to me

How the thought of you does things to me

Never before, has someone been more, unforgettable."

The New York-born Irvin Gordon first took to writing parody lyrics, but his big break came when he began working with the band leader Duke Ellington and wrote the lyrics to some of Ellington's instrumental compositions. Gordon went on to write Delaware for Perry Com, and the lyric, and music for Unforgettable.

What may come as a surprise to many is that Cole wrote less than five per cent of the hundreds of recordings he did. The earliest of his few efforts as a songwriter was Are You Fer It, in 1942.

About a year later, Cole joined Atlantic Recording Company and did his first composition there, entitled Straighten Up And Fly Right, in 1944, and later he did Calypso Blues in 1950.

It is interesting to note that Cole's first recording was a piano piece titled Honey Hush, written by his older brother, Eddie, and performed with Eddie Cole's Solid Swingers.

Well-known songwriting teams emerged in the 1960s and 1970s. In the latter decade, the combinations of Ashford and Simpson, Thom Bell, and Linda Creed, and others, wrote dozens of hit songs for various artistes, but the songwriting duo that made the greatest impact was Burt Bacharach and Hal David, who masterminded the career of the female diva Dionne Warwick.

Among the hits that the Bacharach/ David/Warwick combination turned out are Don't Make Me Over, Make It Easy On Yourself, This Empty Place, Wishing and Hoping, Reach Out For Me, Anyone Who Had A Heart, Walk On By, A House Is Not A Home, You'll Never Get To Heaven, There's Always Something There To Remind Me, Message To Michael, Trains and Boats and Planes, Are You There With Another Girl, Let Me Be Lonely, Who Is Gonna Love Me, I Say A Prayer, and the list goes on. Other hits the duo wrote were I Wake Up Crying for Chuck Jackson; Magic Moments for Perry Como in 1958 - perhaps the earliest of the lot; Only Love Can Break A Heart for Gene Pitney; Let The Music Play for The Drifters; I Just Don't Know What To Do With Myself for Dusty Springfield and Wives and Lovers for Jack Jones.

Bacharach, in combination with Bob Hillard, wrote A Tower Of Strength for Gene McDaniels and Please Stay for the Drifters in 1961.