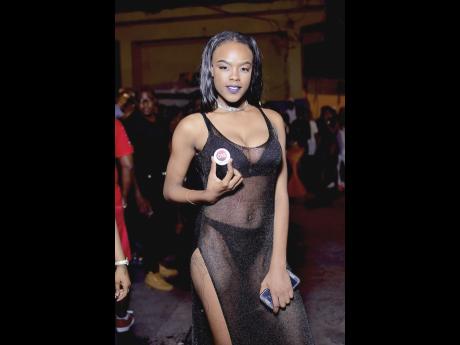 I thought I had seen or heard of, if not every type of music entertainment event, then certainly everything that could surprise me. Then a couple weeks ago, I saw a flyer that caused me to make the classic involuntary 'Oh!' of surprise - and it was appropriate, as I had never seen a party rated 'O' before.

There was a cell phone number for persons to call to get prepaid tickets at $500, that price tripling at the gate. And, like many other events, there was a group rate for women, this time around three for $1,000. Although the event was new to me, it was not new, as the promoter told The STAR that it was the second time around, as the first had been so successful.

Still, maybe what astonished me was not so much the event's existence, but the openness of the advertising (as the flyer was circulated online), the organiser's eagerness to talk about it to mainstream media, and the very low price point. The rated O party, is an especially striking point in the progression of the fusion of sex and music entertainment events which I have taken note of for some time.

One of the earlier ones was performances by established entertainers at the Shades Nightclub in Ocho Rios, St Ann. Shades is an exotic dancing set-up (as in a go-go club), a totally legitimate enterprise which sells the titillation of nubile women dancing up titties and other body parts. I looked at the line-up of the semi-regular events and thought, this is interesting. This weekend there is another staging of the annual Miss Shades competition, where the ladies put their best forward and there is a guest performer.

Added to that were the ladies liberally covered with food, who were on display at parties, the more adventurous invited to nibble away. Those food women wore underwear, but the women at events where there was live sex in dancehalls (it was popular around parts of Spanish Town, especially a few years ago) lost theirs quickly enough, as did their male partners.

I was surprised about a year ago when I saw an Internet advert for a party at a venue on Hagley Park Road, with live sex at midnight. But things have progressed from people going to a party where they can enjoy music and then watch hired people have sex, to people enjoying music and then having group sex themselves.

Where does it go from here? There can only be more, and it is anybody's guess where the sex saturation point is.