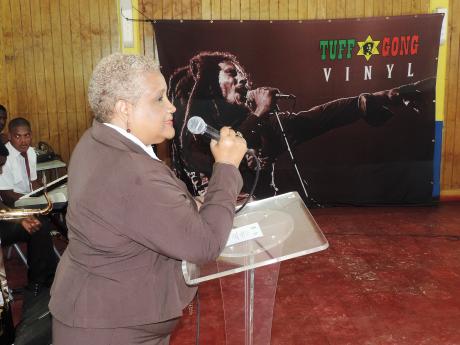 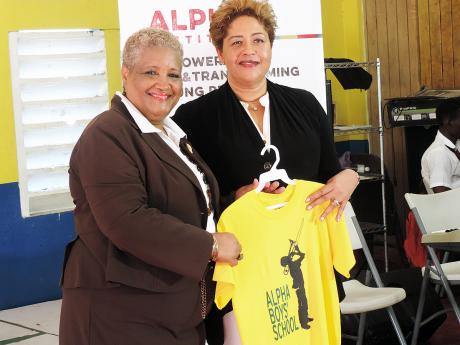 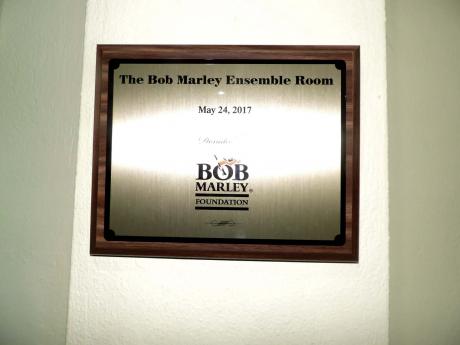 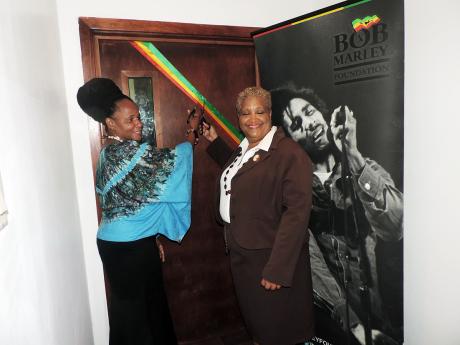 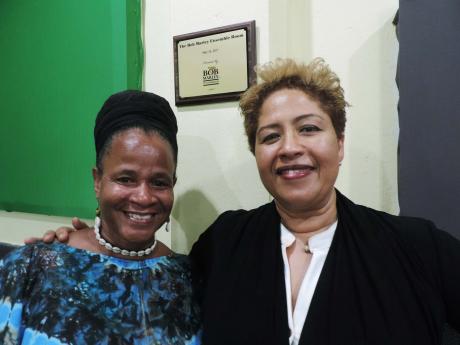 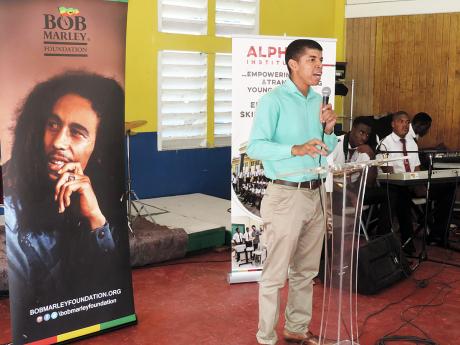 A connection forged in earlier years of Jamaican popular music continued on Wednesday, when the Bob Marley Ensemble Room was officially opened at the Alpha Institute, South Camp Road, Kingston. After saying that last year the Bob Marley Foundation donated US$10,000 towards constructing the room, the foundations Communications manager Mitzie Williams, said that while Bob Marley did not go through formal music training, "he surrounded himself wit some of the best musicians." Among then were past Alpha students, David Madden and Viin Gordon. Marley/Alpha link continued with Denver 'Feluke' Smith among the former Alpha students who have worked wit a younger generation of Marleys.

After the red, gold and green ribbon across the room's door was cut by Williams and Margaret Little Wilson, the Alpha Institute's administrator, those who entered were greeted with the sounds of One Love played by uniformed Alpha students, the horns carrying the melody. There was also a stream of cool air when the door was opened and it was the effect of the room's comfort level on music education process which one student, Devon Campbell, spoke about during the launch.

Previously, he said, instruction and rehearsal was "a bit of a struggle.. The room itself was a disaster. We found it difficult to focus, as we would be sweating.." The conditions contributed to squabbles among tee students.

Now, Campbell said, "we are living the boasy life."

The institute's music director, Andre Adman, said that part of the school's objective is to transform lives and music is a part of that plan to "transform the lives of boys who would otherwise be left by the way."

He explained that the music programme is structured to facilitate those who are interested in performance and those who intend to go into music production. "Had it not been for the Bob Marley Foundation the learning experience we are having now would not be as rich as it is," Adman said.

Little Wilson emphasised that the money donated by the Bob Marley Foundation was carefully spent "to the last dollar." Encouraging others to contribute to the institute, she said "in giving back to Alpha you give back to the youth of Jamaica."

Dr Joshua Chamberlain, general manager, Alpha Boys School Radio, who hosted the opening ceremony, pointed out some of the Bob Marley Ensemble Room's features, including special lockers. Part of the development plans is to put in mirrors for a rehearsal space, in order to generate income for the school.

A plaque in the room which stats its name, and opening date was unveiled and there was another Marley connection, as singer Judy Mowatt attended the opening ceremony.