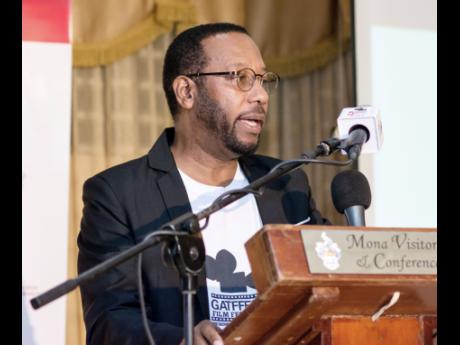 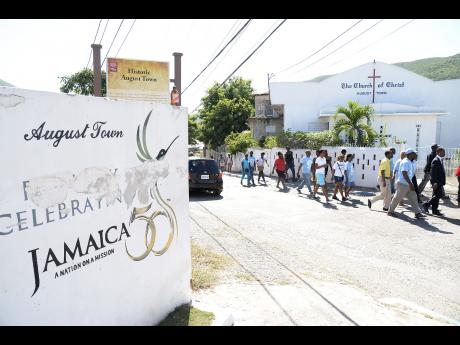 File
An Independence sign from a few years ago close to a march by residents of August Town, St Andrew.
1
2

The 2017 GATFFEST Film Festival continued on Sunday in honour of the community which birthed the inaugural event. The August Town Benefit screening offered a kaleidoscopic summation of the wide-ranging content, offered throughout the festival's 10 days. Community members were offered a taste of GATFFEST 2017 in the courtyard of August Town Primary, the event's intended beneficiary.

Before the August Town event, events in the film festival included the premiere of the Allan Powell-produced documentary, Children of the Incursion, on June 15, followed the next day by a screening of local and international films hosted in Montego Bay at the University of the West Indies, Mona - Western Jamaica Campus.

On Saturday, June 17 was the hosting of Indian Film Night at the Indian Embassy.

Professor Ian Boxill highlighted that the August Town screening would be the only festival event hosted in the open air. The movies were projected on an inflatable screen. Members of the school's Parent-Teacher Association (PTA), students and other community members sat patiently with popcorn and soda as the sunset indicated showtime.

The content was varied in category and nationality. In the line-up were four locally made films. Fright, as suggested by its title, was a thrilling short, while Stop Procrastinating and Cold provided some comedic relief. A Jamaican documentary called Jones Town: A Once Thriving Community rounded out the local films.

At the conclusion of all showings, members of the audience were invited to declare there favourite short of the evening. The responses were as varied as the content. Scattered voices lifted one by one, and for a few minutes, each title yelled by an audience member was followed by echoed affirmation.