For the Reckord | Terra Nova does jazz on Wednesdays 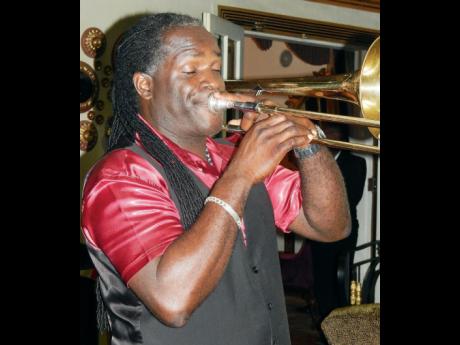 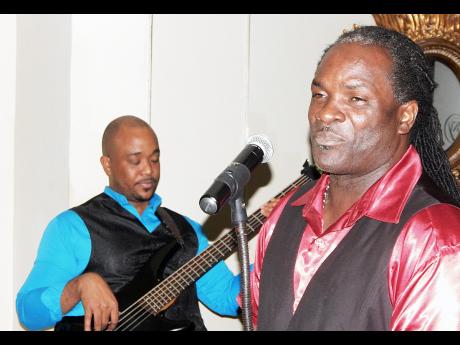 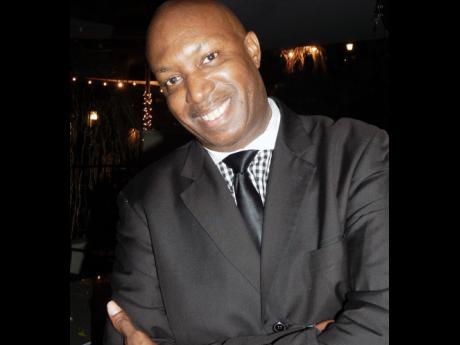 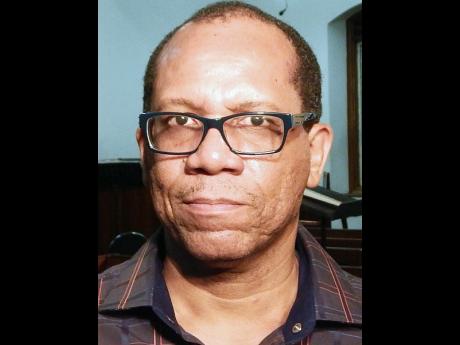 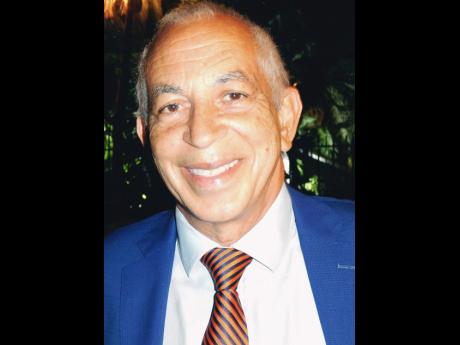 The hotel has “a close association” with Rushton, who explained that his ensemble had occasionally “jammed and provided background music”. Now Rushton plans musical variety: “You’ll get both Satin Doll and Sly Mongoose. We move from one end of the musical spectrum to the other.”

Jazz will be played for the first hour by the core trio of Rushton, Paul Madden (bass guitar) and Christopher Tyrell (drums). Another musician or musicians performs at 8 o’clock. (On Wednesday, it was singer-trombonist Everton Pessoa.)

Rushton continued: “From time to time, I’ll be bringing in guest musicians, perhaps another trombonist or a guitarist. So you won’t hear the same set of songs every night.”

We were speaking during the trio’s first break after about 45 minutes of playing, during which I’d heard both the jazz standard It’s Only a Paper Moon and a jazz-flavoured Sly Mongoose. When the music resumed, we heard R & B, reggae and jazz.

In the first hour patrons concentrated on eating, drinking and chatting, paying little attention to the music.  “We want people to listen, but the management of the hotel wants them to talk as well. So the music is loud enough for the persons who come here for the entertainment to enjoy, but still soft enough for the people who want to communicate. My job is to figure out the sonic temperature of the evening as we go along,” Rushton said.

Chuckling, he added, “when Everton starts singing, they’ll stop talking, I guarantee. His singing and trombone will turn it into a full-fledged concert.”

He was right. The audience in the nearly full lounge curtailed their talking as Pessoa, in a relaxed style, entertained with about 10 tunes. Starting with Take the A Train, he sang some and played some on his trombone,

At times, he wandered into the audience. He serenaded a few women with Fly me to the Moon and L is for the way you look at Me. Jimmy Cliff's The Harder They Come had the audience singing along. His trombone was slow and sensuous as he played A Rose in Spanish Harlem and his set ended with What a Wonderful World - and a rather weak imitation of Louis ‘Satchmo' Armstrong’s gravely voice.

Rushton, a pastor’s son, started playing the piano when he was. nine years old. In church, he also played the drum set and rhythm and bass guitar. He studied classical music up to the Royal School of Music’s Grade 7 level. At Excelsior Community College his music teacher, Jon Williams, introduced him to mento, reggae and, perhaps most importantly, jazz.

Floyd Ffolkes also influenced him greatly. He had Rushton play jazz with him at Devon House on Friday nights and later took him around the island. “My jazz vocabulary really expanded,” Rushton said.”Then I got a call from BET Jazz, who had heard of me, and that opened a huge door.” His association with the TVJ series Altogether Sing provided another big boost to his career.

“Now,” he added, “I’m very happy the hotel is behind me for this brand new series.”