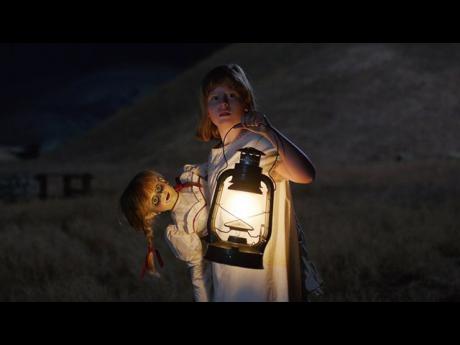 Contributed
A scene from ‘Annabelle: Creation’.

The fourth film in the 'Conjuring' universe, Annabelle: Creation, takes the horrifying tale of the haunted doll back to its roots.

Though, if you expected the origin of this nightmare to be anything more than a painstaking venture, be gone all ye who enter here. Annabelle: Creation is yet another horror film that opts for cheap scares over any semblance of intelligence or credulity.

It's hard to pin down what exactly doesn't work in this film. At any given time, you'll be fighting a war on all fronts against different frustrations. Each trying to break your will to stay in the cinema for the film's remarkably short runtime. It could be the stupidity of the characters, who willingly subject themselves to danger. Their reactions are so inauthentic and their decisions so inane, you find yourself not worrying for their survival, but rather rooting for their deserved demise.

Perhaps it's the film's inability to provide a clear understanding of its own internal logic. How is a viewer supposed to feel tension if the film's events feel random and inconsequential? There are many things wrong with Annabelle: Creation, but the greatest problem is its over-reliance on jump scares.

Moments are designed to get a knee-jerk response of shock from the trembling audience member. Jump scares can be effective, but by the third act of the film, the only shaking in my seat was due to anger and frustration. That and the frequency at which my eyes were rolling.

For something so simple, it's a mystery so much could've gone so wrong. Annabelle: Creation is definitely worth watching, if only to gather around with friends to enjoy the film for its stupid characters, idiotic premise, and enjoy a jump or two in the beginning. Certainly, the cinema experience can enhance this enjoyment, but for what it is, there's no reason to rush out to see the film.