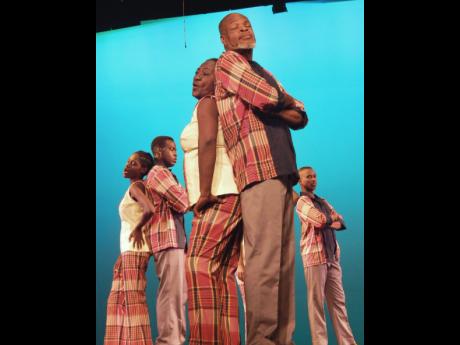 Faith Livingstone and Earle Brown (foreground) with other NDTC Singers performing in the ‘Emerald Lights’ suite of songs. 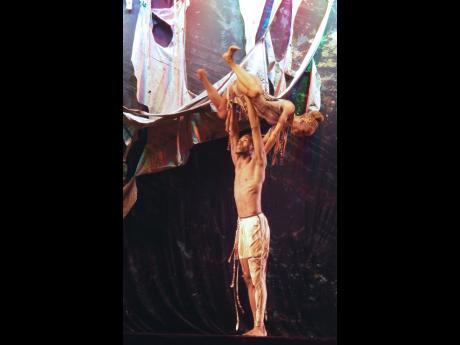 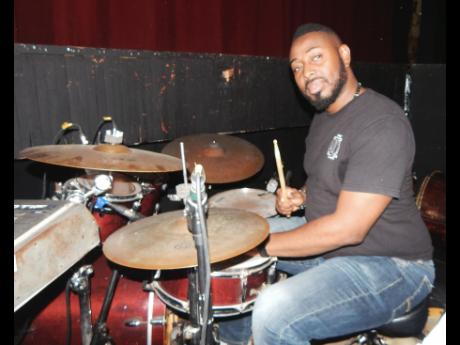 There was quite a bit of retrospection by members of the National Dance Theatre Company (NDTC) for its 55th season of dance, which ended recently at the Little Theatre.

Barrington Moncrieffe, the company's artistic director, was one of those looking back.

In the season's printed programme, he stated that he was leaving the company after 55 years "with a heavy, yet grateful and fulfilled heart". He took over as artistic director seven years ago after the death of Professor Rex Nettleford.

This season's staging was held under the theme 'Reflection, Celebration and Continuity'. It was a theme that was embraced by two creators of the season's new works, NDTC musical director Ewan Simpson and former member Chris Walker, now a dance professor in the USA. The former arranged a medley of theatre or film-related songs and music, grouping them in a suite called Emerald Lights. The latter choreographed a 30-minute dance, Dis Connections, which he said was a "homage to dancehall".

Simpson's suite for the NDTC Singers comprised one instrumental piece from the 1960s, the theme from 007 (for two James Bond movies, including the first Dr No, were partly shot in the island) and eight lively, well-known songs. They were Evening Time, One Ting Lead to Another, One Han' Cyan Clap and Money is a

Since the songs are well known, Simpson was wise to refresh the old arrangements. He has also been refreshing the choir since he took over as leader of the Singers from Marjorie Whylie in 2013, and there is now a mix of new and older voices. The newcomers are as vocally talented as the ones they replaced, and with younger, suppler bodies, they generally look better as they move around the stage in their smart bandanna and brown or cream outfits.

"It has always been the company's philosophy to mix young and old. It's important to renew voices to continue the legacy," Simpson said. He explained that the 'emerald' of the suite's title reflected both the NDTC's 55th year and the colour of the green in the Jamaican flag, while the 'lights' were indictive of Jamaican music.

Meanwhile, Walker's Dis Connections has the look of a Picasso painting bright and bold, with weirdly shaped features. It forces one to look at people around differently. I wasn't surprised when Walked told me that the dance's major statement is that dancehall is a mainstream Jamaican lifestyle, not a sub-culture. Characters of the upper, middle and lower classes all move in dancehall style.

Beginning life as Manifest, it was premiered by the Muntu Dance Theatre of Chicago, a black dance company, and its basic theme then spoke to the African retentions in the daily lives of black Americans. It was then 45 minutes long; now, reworked and abridged, it's 30 minutes.