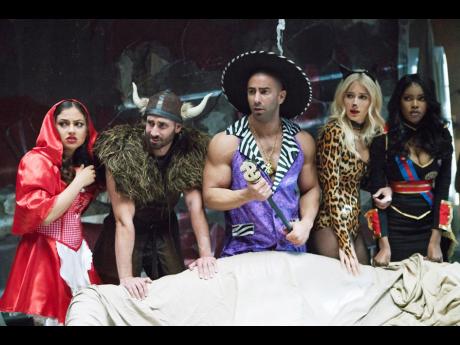 By the time this review is published, it will have been 3 days since I saw Tyler Perry's Boo 2! A Madea Halloween. Three days since I questioned why I decided to give my time, my attention, and pay the price of admission for what presented itself as a film, but was no more than an extended Halloween special made for TV. Three days since I saw a film that had not one, but two extended sequences surrounding an old woman's need to use the bathroom.

Three days since the nightmare.

I suppose it's a recurring nightmare. Madea has long been a staple of Hollywood, and is, rightfully, in my mind, one of the most iconic characters of the last 20 years. She is something that feels genuine, relatable and continuously funny. Truth be told, she still is. However, this film has no claims of genuineness. It's distinctly unfunny, and anyone who can relate to it deserves to be clinically examined.

The 'jokes' are so bad. I spent more time thinking about how someone could put it to screen without pause.

I genuinely do not understand the point of this film. It feels like a student film, right down to the first-time actors and a script that doesn't even belong on YouTube. Perhaps there is no point. Tyler Perry, in the outtakes shown after the credits roll, is clearly having a wonderful time. So are the rest of the people involved with the film.

I'm glad he had so much fun. I certainly didn't.

Still, many who read this have already decided they'll see it. Madea is an icon. The film itself is one of the worst experiences I've had at the cinema this year. I struggled not to leave after the first 15 minutes.