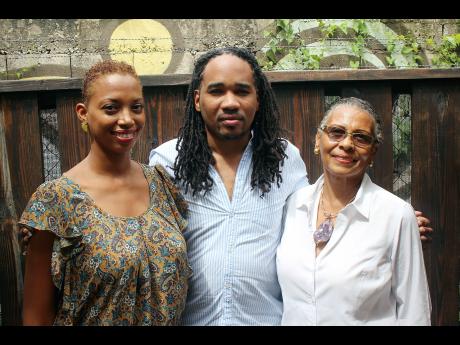 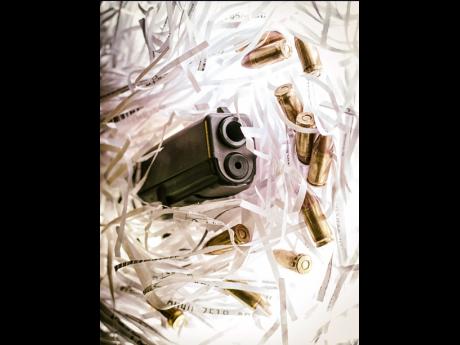 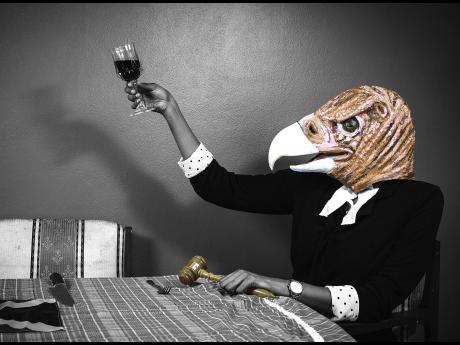 Thought-provoking, open-ended fine art through the medium of photography is what persons can expect at Double Xposure, hosted by Art Gallery Decor VIII on November 5. The exhibition features the photographic works of Lesli-Ann Belnavis and Michael Elliott.

The PG-13 exhibition will not have any gore or nudity. The ambiance will be enhanced by music by classical guitarist Shawn Richards, with Emily Dixon on cello and Angela Elliot on piano.

Elliott's work has been featured in galleries throughout Kingston, including the National Gallery of Jamaica, and also in Naples, Italy. Belnavis' work was a part of the Jamaica Spiritual art show at the St Stephen Walbrook in London earlier this year.

"The artists intend to make an impact in society, using photography as their weapon," art enthusiast and director of Art Gallery Decor VIII, Hyacinth McDonald, told The Gleaner.

Ironically, some of the imagery will include playful concepts, using weapons as one of the elements. In terms of influences, Belnavis and Elliott have drawn from popular culture and social issues in Jamaica as well as globally.

Belnavis explained to The Gleaner that, "Double Xposure will show what is happening in our society, politically and socially. Some aspects of symbolism are like Easter eggs, subtle and surprising, while others are more blatant representations."

Belnavis is the only registered art therapist in Jamaica. Her signature style is to blend two exposures into one, a skill Belnavis learnt with film; she has been able to do the same with digital photography.

Elliott's natural talent is painting, but he specialises in photo realism and has explored photography as a method to capture images before developing paintings of a chosen subject.

They begin with deciding on a focal subject for topical pieces based on a theme. Both have worked on the show's concept and artwork for years, experimenting with technological advances and techniques in editing which assists with presenting an augmented reality. Double Xposure is a visual diary and their way to connect to people through social commentary.

"I am not usually afraid of expressing an opinion on a particular topic, and the production takes it to another level. Now you can see the opinions. Now they are tangible, and Jamaica is a society where seeing is believing," Elliott said.

"We are intrigued to hear the interpretations of the viewers and have tried not to put the audience into a bracket. We want them to know what we as artists are thinking, but it is not linear," Belnavis added.

There is slight trepidation as Belnavis shares the show's concept, partly because they want the artwork to be a revelation and partly as the censorship of ideas is non-existent in the pieces selected.

"It is a collaborative effort with Michael and myself and in order to have a cohesive show, I had to throw out initial pieces and even revisit an initial concept shot years ago, titled Johncrow Politricks which, as a result, took some time to figure out what I wanted to communicate," Belnavis said.

She expresses: "It is not meant to make anyone uncomfortable, but make you reflect. And it is not meant to point fingers at anyone, but we have used things that persons like to hide from to create the images."

As Belnavis comments that the Jamaican art scene is not a main inspiration for her work, Elliot adds that the decision to go into art and create pieces that are different was partly influenced by the local art industry. However, the social scene is what pushes them to treat particular things as art and move away from standard photography.

They encourage the other to speak out and experiment with their thoughts through photography.

"When I left art school in 2002, I was not painting imagery like these and not always of a socio-political nature that is hard-hitting. I thought about the direction and that it needs a voice to advocate for something or create a discussion beyond appreciating art," Elliot said.