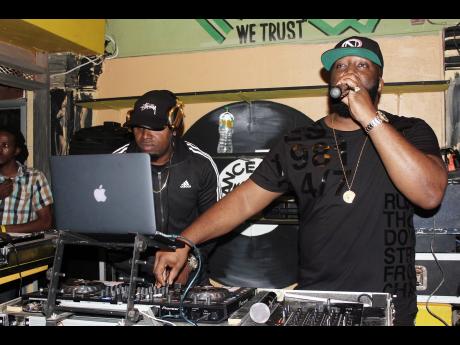 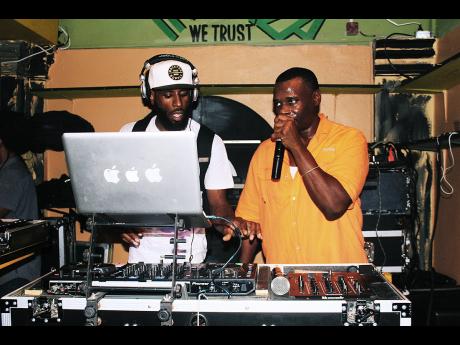 Stephanie Lyew
Revolution Sound team members, Supa and BWare discuss their clash strategy during the sound system battle that was a part of this year's Jamaica Music Conference. 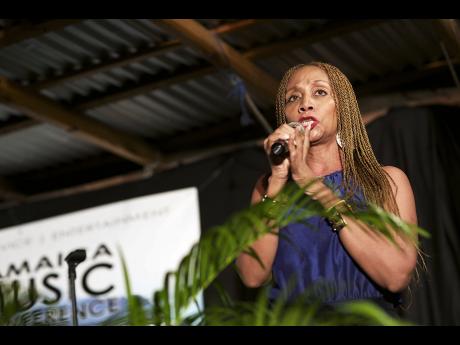 Stephanie Lyew
Nadine Sutherland gets emotional during her performance at Conscious Reggae Party and Concert, held during the recent 2017 Jamaica Music Conference. 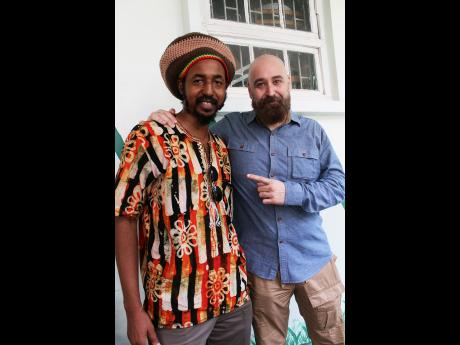 The Jamaica Music Conference (JMC) has evolved from a one-day grass-roots conference at the Edna Manley College of the Visual and Performing Arts to four days of activity across St Catherine, Kingston, and St Andrew. The organisers have raised the production levels to include not only panel discussions, but education and exposure for emerging artistes as well as interactive musical sessions.

"We attempt to achieve three specific goals with each staging of the conference networking, and continuing education, and creating a pipeline for aspiring artistes," said Kwasi Bonsu, founder of the conference.

It is believed that networking is one of the ways to get practical solutions by way of introducing individuals already active in the entertainment industry to newcomers.

"It must be recognised that networking is not just speaking to vertical networking, but the lateral aspect so people on the same level as you can collaborate as well as share with a wider audience," Bonsu added.

'Word, Sound and Power', the theme of the 2016 staging, focused on the impact of the word as it related to power of contract, in addition to sound system culture and Jamaica's cultural influence. This year's staging, under the theme Reclaiming Our Identity, attracted more individuals from the industry. These included actors, musicians, and sound systems locally and internationally that were of, or supported Jamaican roots.

Activities such as the JMC Service Day at the Alpha Institute, the Conscious Reggae Party, the Clean (Sound) Clash, and the Jamnesia Musical Showcase, although affected by wet weather, still enjoyed great attendance. The focus of the discussions and clean entertainment provided made the conference all the more interesting.

In particular, Chelsea Stewart from Canada delivered a soothing blend of reggae music at the Conscious Reggae Party, with just an acoustic guitar accompanying her. An impromptu performance by Chronixx excited the patrons when he joined the soulful Kelissa McDonald at the Jamnesia event.

One of the main concerns was the island's music genres, especially reggae and dancehall, being incorporated into international platforms without proper credit given to the source.

"Jamaica sees music as more than a hobby. it is our oil - our intellectual property. When you listen to the radio (internationally) and hear the announcers use the term 'tropical house', it does not acknowledge the genres. We want to say we are here. this is our product. we would love if you use it, but know where it is coming from," Bonsu said.

The edutainment platform was sustained by inviting persons on the vanguard of their career to speak so that young adults could experience real-time lessons. They were able to connect with sound systems like King Addies Music and producers, including Adrian 'Drop' Santalla, who has worked for international superstars Fat Joe and Pitbull.

Since children are the future, JMC hopes to get more schools involved as part of their service efforts so as to have an impact the careers and introduce new markets to the stars of tomorrow.

Founder of New York-based Impulse Nation Christine Coley said, "Jamaicans in the business of entertainment who did not attend truly missed out, and it is a necessary platform for persons to indulge in. I myself made a few amazing connections and contacts that will assist in building my own brand."

"I am happy with the way the conference has grown. that is attributable to our sustainability, just being able to persist year after year thanks to the involvement and interest shown by the team as well as key industry players," Bonsu said.