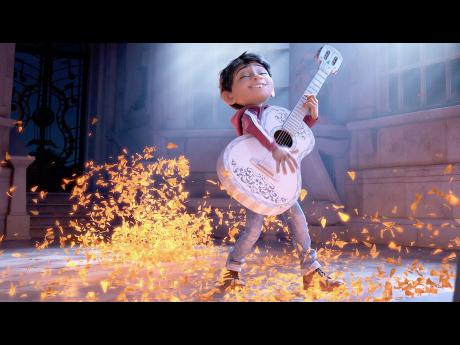 Contributed
Anthony González as Miguel expressing his musical talent in a scene from the animated film ‘Coco’. 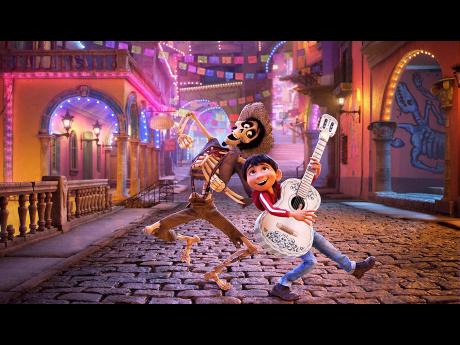 For most of the 21st century, the name Pixar has been synonymous with quality. I say most because, well, nobody is perfect.

The studio's more recent missteps have left something to be desired. That something is the picturesque visuals, matched by stories and characters with maturity, previously unseen in a film aimed at children. It's everything that makes a Pixar film great and is also what makes Coco one of their best films.

Coco is based around the Mexican holiday DÌa De Los Muertos, which translates to 'the day of the dead'. It follows a young boy named Miguel, whose passion for music doesn't bode well with his family of shoemakers. They see music as a curse, since four generations ago, his great-great-grandfather ran off and left his family for a life on the road, playing his guitar. Probably said he was going for cigarettes and never came back.

Through a bizarre turn of events, Miguel finds himself in the land of the dead. As ominous as that sounds, it's perhaps one of the most beautiful landscapes ever constructed in animation. Truly, Coco is a landmark in filmmaking. There are such vibrant colours and well-designed structures that make this land of the dead brimming with life.

While it's nice to look at, the story is not entirely as impressive. The first half of the film follows the same basic structure as many animated films. A young person feels disconnected from his family, only to go on a wild adventure that will teach him to embrace him roots. It even has an animal sidekick to go with it. However, by the end, I was moved by the depths to which the film was willing to go.

As conventional as the story may be, Coco stands out among the crowd. It embraces that Pixar quality of speaking to kids instead of talking down to them. It delves into mature themes and doesn't shy away from the real stakes. Only the coldest of hearts will make it through Coco without shedding a tear. Palace Amusement ought to provide tissues along with the 3D glasses.

For the upcoming Christmas season, I can't think of a better film to see. It embraces family, tradition, all from a new perspective that is far from well represented in film. It's definitely a big-screen watch.