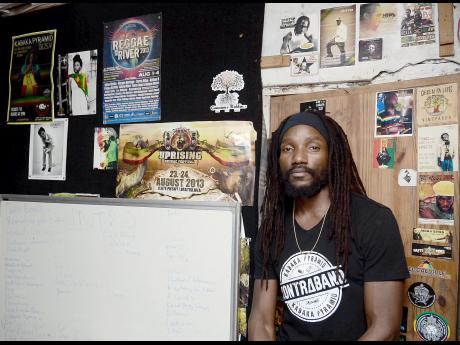 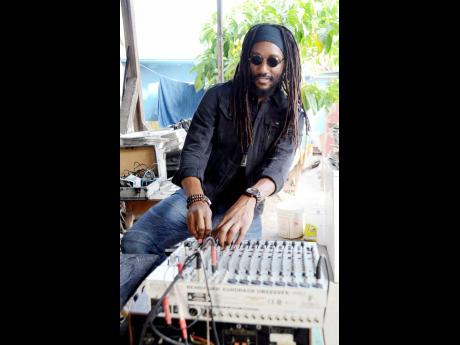 Reggae Artiste Kabaka Pyramid does not wait until the World Cup to follow football (although he has been a Germany supporter since 1994). And it was while watching a game between FC Barcelona and Real Madrid CF in 2014 that he wrote the lyrics to his hit song Well Done. After being sent the riddim, he wrote the lyrics within 45 minutes half the duration of a football match, without time added. Members of his Bebble Rock home outfit, who were also watching the game, were the first to hear them.

Well Done is on Pyramid's recently released debut album Kontraband. It is produced by Damian 'Jr Gong' Marley, who also emailed him the riddim that Well Done was written to and recorded on. "It was probably the fastest I had written a song," Kabaka Pyramid told The Sunday Gleaner. "Normally I write the chorus and a verse and say OK, but this came right through."

Well Done is a sarcastic roll call of congratulations to Jamaica's political leaders for the exceptionally good job they have done at putting the country in a bad state. In the chorus, Kabaka Pyramid deejays:

You done a wonderful job a tear down we country demolition man.

You done such a great job selling out we country wid yu business plan."

The kudos are gender balanced, as at one point the second section of the chorus is adjusted to "well done, well done, Ms politician lady/You done such a great job selling out we country/An you still no pay we."

Among the dubious successes are to "keep poverty and unemployment on the rise". There is a backhanded high grade for economic policies, as "if inflation was a test you woulda get A plus/So when we mek de US de exchange rate buck." The connection between corruption, self-enrichment and the sale of public assets are captured at the end of the first verse with:

And then yu rob the people fi secure yu boat.

The whole Jamaica is a Chinese loan."

"Jamaica always has material for political lyrics Goat Island, the highway, IMF stipulations," Kabaka said, noting that he was not concerned about backlash to his criticism. "Me never did a worry bout it. It was written in a kind of humorous tone. Is not like me a target anybody. Politicians come to me and say mi like the song. Them make it look like mi talking about the other party," Kabaka said. He performed it at one Sigma 5K run staging, and Prime Minister Andrew Holness came to him and said the same thing. "Mi tell him seh right now as long as you put the people first mi no have a problem with you."

Well Done was recorded at Kabaka Pyramid's base studio off Half-Way Tree Road, St Andrew, with further production done at the Marley's Miami studio. "Mi know mi find it," Kabaka said of his confidence in Well Done from the outset. "My songs not usually so easy to catch. The chorus usually more dense. This one, you hear it you remember it," he told The Sunday Gleaner. "Some people call it Mr Politician Man. Some people call it Good Job.

Well Done was first performed at Tracks and Records on Constant Spring Road, St Andrew, when Jesse Royal had a concert and called up Kabaka. Kabaka was sitting down because he had chik-V, then got up to deliver Well Done. "Jesse sen' a message and mi get up, do it, sit down back again," he said. The response confirmed his earliest impressions of Well Done. Kabaka said that the audience lit up, especially on the lines about Goat Island and Jamaica being a Chinese loan.

Well Done is the closing song of his live performances, although Kabaka says "mi no think it get the support it deserve in the dancehall. Radio definitely give it a strength. But when people a juggle riddim from that era it no play. It bother mi. Mi feel like it did deserve da strength deh."