Tuesdays @ the theatre | Directions from a distance - Travel, technology allow Prout to do projects in other countries 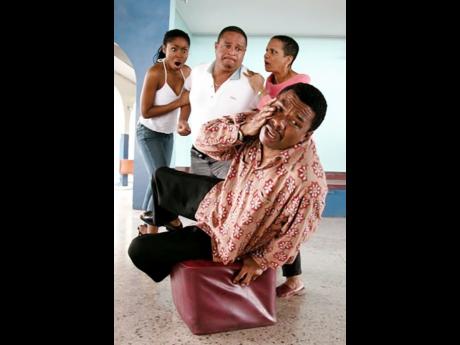 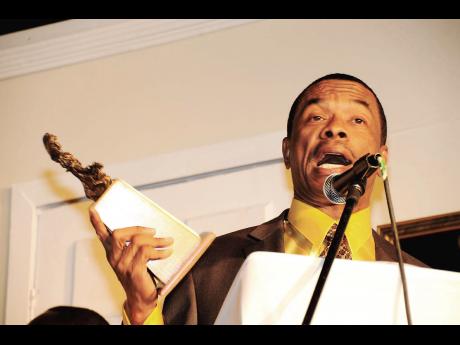 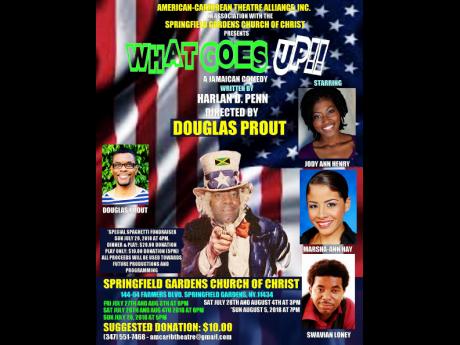 Contributed
The advertisement for 'What Goes Up', playing in New York City, USA, which Douglas Prout directed via Skype. 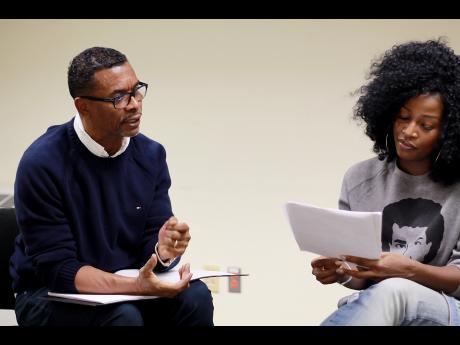 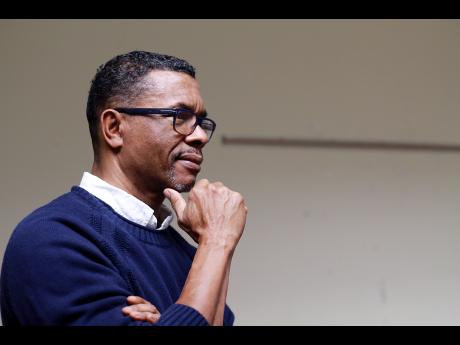 After straddling the risks of insurance as branch manager of Globe Insurance Co, Montego Bay, and the risk of theatre in the Montego Bay Little Theatre Movement (MBLTM), director and actor Douglas Prout has lived in Brampton, Ontario, Canada, for eight years. Since then, he has racked up serious flying miles, travelling sometimes three or four times a year- mainly to Jamaica - to direct plays.

Prout recently went a step further in directing from a distance by utilising Skype to direct What Goes Up in New York City, USA. "Another one here is already scheduled for this same method during July and August while I am in Jamaica. It is A Little Black Lie, Prout said from Canada, just ahead of yet another trip to Jamaica.

He has also been active in the land of the maple leaf, Prout saying, "Exclusively here in Canada are Blood Ticka Dan Watah, A Little White Lie, A Little Black Lie and Reflections by the Heritage Singers celebrating their 40th anniversary."

With directing a play involving intense interaction with the actors, Prout has definite conditions that have to be met before he decides to do a production in another country. "Before undertaking a play to be done or completed at a distance, a long, hard look at the cast discipline, management in place, support structure from the producer and the availability of reliable technology, as well as the extent of the set completion and props/furniture in place, are all key components," Prout said.

He went to live in Canada with the boost of an accolade from the Jamaican theatre community as in March 2010 Prout was named the Best Director at the 20th Actor Boy Awards. He was a double nominee in the category, with the revue Mo'Bay Vibes and the Basil Dawkins production For Better or Worse both making the cut. Prout had been an Actor Boy nominee previously for set design, Best Actor in a Lead Role and Best Actor in a Supporting Role, but had never won.