Music and More | How about a Capleton fitness video? 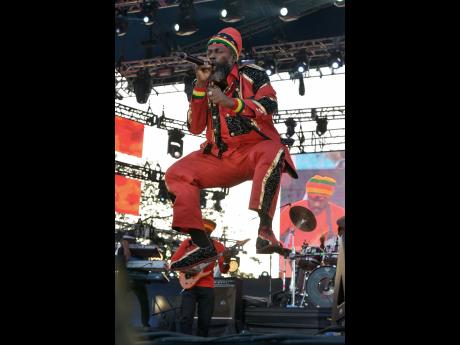 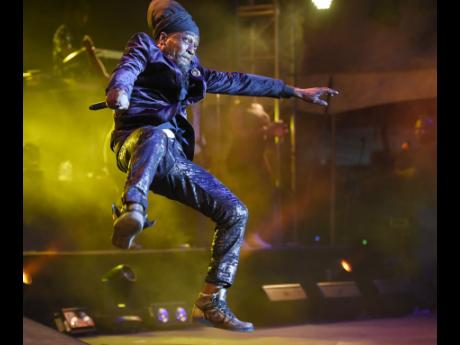 In his Black Uhuru lead-singer role on the 1986 album Brutal, Junior Reid sings "in the morning as I rise/Put on mi track suit and exercise." Close to the end, he adds, "Look how mi big look how mi strong/Mi sey mi mus' live long." In the times I have seen him perform Fit Yu Haffe Fit as a solo artiste, Reid demonstrates that he has lived up the lyrics by doing some high kicks.

Now that fitness is all the rage and big business, I am reminded of him showing the audience the sole of a shoe, and I am thinking about other performers who could be part of a fitness demonstration. And here I am not talking about persons creating and demonstrating dance steps, although those do have their place in making Jamaica move. But there are some Jamaican performers who consistently demonstrate an impressive level of energy on stage that could be incorporated into a fitness video.

One of those who first comes to mind is Capleton, the Fireman, who sprints out on stage at a blistering pace from an unexpected direction, stops just short of hurtling into those in the VIP/press area, changes course abruptly, and takes a running leap on to the raised area where the drum set is elevated. And that is just the start, as during the show, there are dramatic leaps, which have been captured over and over again in pictures and videos, coordinated moves instructing members of the crowd to "go so!" and piercing vocals that spur the listener to greater physical exertion.

So, why not have a 'Fireman Fitness' video? He would be in his stage clothing, not shorts and T-shirt, and the moves would be to his recorded music. The idea would take some refining, but it is a viable project.

Capleton is not the only one. Deejay Stitchie and singers Nicky OJ and Roy Rayon all have some high kicks that can make it seem as if they are running in mid-air. Nadine Sutherland took her fitness interest to a structured level, and it has paid great performance dividends.

Importantly, all of these persons are not in their 20s, shall we say, which makes it even more significant that they can be used as examples of physical activity. For, unfortunately, keeping active can be misconstrued as a 'hotness' thing for those who have not yet got over being impressed by being born just a couple of years ago.

For economic stability it is crucial that those in their, 30s and upwards keep healthy - we are already feeling the pinch from the trauma cases.

Still, we do not need to wait for a video product to have the entertainers I have named (and I am sure there are more) being utilised for their ability to move. Just as how companies have entertainers as their corporate spokespersons and ambassadors (Ding Dong and his reworked 'Flairy' Grace come to mind), the State can ask these performers to come into a space where the public is invited to 'buss a sweat'. The pull of entertainment can be used in many, ways and fitness is one of them.