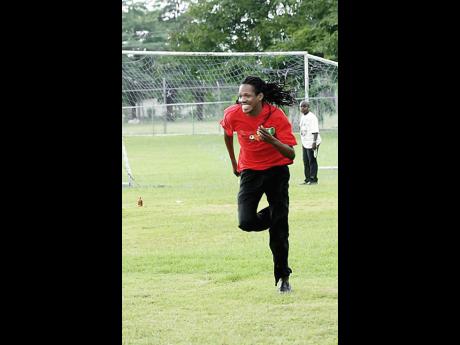 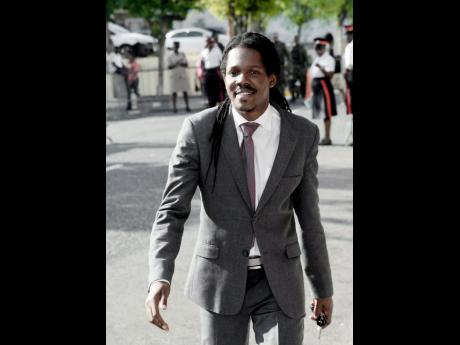 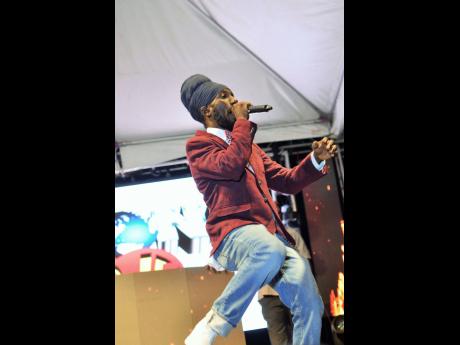 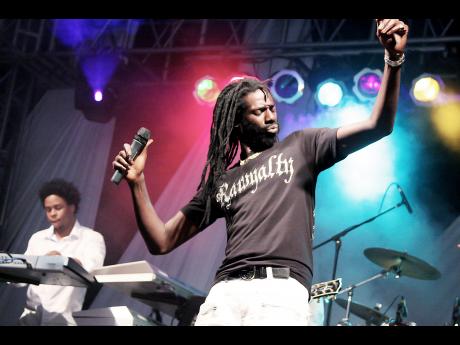 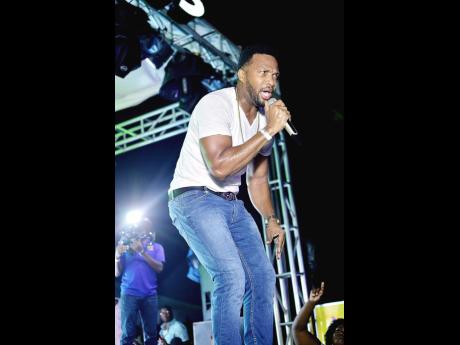 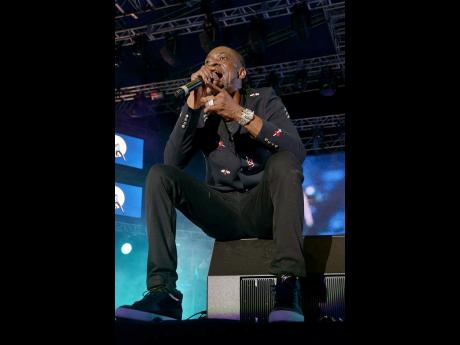 The six candidates seeking to fill the four vice presidential seats in the People's National Party (PNP) have been invited to speak about their entertainment tastes. Damion Crawford is the second candidate to sit in the musical 'hot seat' and to share his entertainment tastes and views of the industry.

"One day me a guh put out a video and mek di people see me dancing skills," Opposition Senator Damion Crawford promised. The businessman is not short on confidence when it comes to entertainment.

While he hilariously boasts about his dancing abilities, there's no doubt that Crawford, who speaks about winning The STAR's sound clash five years ago against Daryl Vaz, has the overall quality of a good performer.

"If I were an entertainer, like Bounty Killer, I would want to be able to make a mistake become a style like, 'I are the one'. It was said mistakenly, and it became a fashion," said Crawford.

The Poor People Fed-up deejay, along with Sizzla, Buju Banton, and Agent Sasco, are on a playlist he uses to build his vibes. However, what many do not know is that Crawford routinely listens to Neil Diamond's I Am, I Said before he goes on to a stage to speak.

Crawford says that the lyrics from the song by the popular soft rock, pop and country singer have a relaxing power.

Extremely varied. When it comes to music, I listen to soca, dancehall, and reggae even though I am not particularly a fan of stage shows. I like to attend parties, and recently, I have developed an interest in plays maybe because I am getting old. When I am not doing any of the above, I play solitaire on the computer and watch HGTV to pass the time.

Entertainment of all forms is important to national development, not just the political arena. Entertainment, similar to vending, offers an automatic space for persons who do not have a lot of capital to invest in other things like education who are unable to find a job after being laid off and to take a chance at entrepreneurship.

The industry and its players don't have political protection. Other industries do, but because entertainers and various professionals separate themselves from politics and government, in particular, they have not coordinated their influence to become organised. Until it gets political protection, it will not have any power. There will always be difficulties.

It depends on the type of dancing. For example, Kari Douglas was in a dance troupe and she do real dance with put up har foot inna di sky. Wykeham[McNeill] a guh come with Bogle dance from the '90s, and Fenton Ferguson will do Ska and kumina (laughs), but in the streets, dem caan dance like me. None a dem can dance like me. The best singer is Natalie Neita.

Buju Banton: "Only Rasta can liberate the people!" That Buju song play every time I go on stage because of the lyrics. A me dat.

Spice: I appreciate her effort to expand her horizons and the attitude that she 'nah tek wah nuhbody want to say' by exposing herself to a market that very few have been exposed to.

Beres Hammond: He is the number one stage performer that Jamaica has. It is not about the excitement, but the extensive catalogue and ability to interact with the crowd that Beres Hammond is known for.

Lady Saw/Marion Hall: That is two different people. Lady saw is the breaker of barriers. She was able to make a space for herself where sabotage (as many females had done to their craft) never applied to her and was further removed for others who come after her. As Marion Hall, I am happy for her, proving the doubters wrong. Some persons thought it [her baptism] would have been a faÁade or publicity stunt, but she did it.

Michael Jackson: A really Twins of Twins come to mind because of the mimicry of the pop artiste in their Stir It Up mixtapes. If the brothers were overseas they would have been wealthy off it. Otherwise, I used to do whole heap of Michael Jackson dance moves in my younger days.

Beyonce: I think she kinda fake. BeyoncÈ seems to say things and dress for likes. I could be wrong because a lot of the times we look on people life and make assumptions. Otherwise, I think about Destiny's Child and will always choose Kelly Rowland as the best of the group, as a singer and in looks.

Vybz Kartel: He is the most creative lyricist. It come een like a class trying to figure out the similes and metaphors he uses. I rate him because he says some things I could not come up with, and it is not until listening to it a few times some persons can understand the crazy genius behind his lyrics.

Agent Sasco: An artiste whose catalogue is underestimated. As a lyricist, he is exceptional.