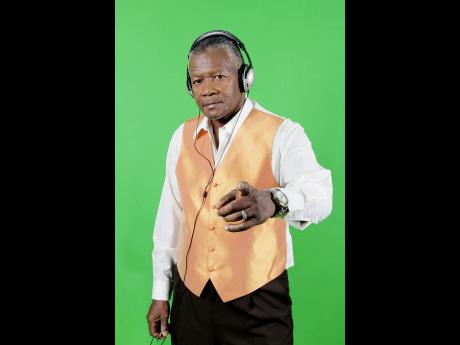 Since 2010, Michael Barnett has staged close to 50 Let's Go Dancin' parties in Jamaica - some of them charity-based for organisations such as the Kiwanis Club.

Before it crosses the half century mark, the series will make its debut in Atlanta - in the United States on Saturday, October 13, at the Atlanta Stone Ridge Entertainment Centre.

There a cast of Jamaicans - himself as disc jockey, Fab Five band and singer Gem Myers - will meet DJ Migraine from Atlanta in a reflection of the joint effort to take the party series to a new market.

"I have a team with me doing the legwork in Atlanta," Barnet told The Gleaner. Combined, they are TEAM USAJA, with online ticketing service Event Brite adding an option for the sale of tickets on the ground.

Several factors have come together to bring Let's Go Dancin' in a suggested all-white attire format to Atlanta. One is it being a 'feeler' and sowing a seed for the vintage Jamaican music concert series Startime to be staged there next year. Persons from Atlanta come to Jamaica in May to experience Startime at first hand, with a view to transporting the experience to their city. Another is the extensive Caribbean population - much of that Jamaican - in Atlanta. Then there is what Barnett perceives as far fewer Jamaican entertainment offerings in Atlanta, relative to New York and Florida.

"Atlanta is basically virgin territory for Jamaican and Caribbean events," Barnett told The Gleaner. "They have events, but they are far between."

Describing Let's Go Dancin' as a "name brand event", having been staged five to seven times each year since it started, Barnett also noted the strength of Fab Five's following in Atlanta. "Fab Five is extremely popular in Atlanta. They are the most popular Jamaican band. They are popular all over the USA. We added Gem Myers as a fabulous singer, and we included the number one Jamaican event deejay in Atlanta, thinking that he will bring in his people," Barnett revealed.

While the party has normally been held around holiday periods in Jamaica, the Atlanta debut will roughly coincide with the October 15 National Heroes Day in Jamaica, although Barnett said this is more coincidence than strategy, and he does not perceive wide-scale celebration of the day in the US city.

Having been through Startime for over 30 years and now charting a new course for that event, and Let's Go Dancin', Barnett said, "I would do it all over again because of my love and music is in my blood."