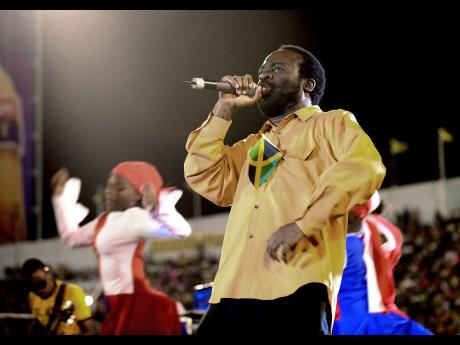 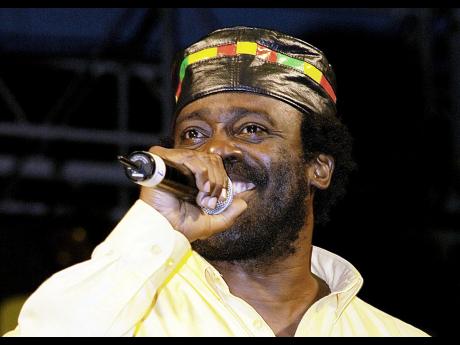 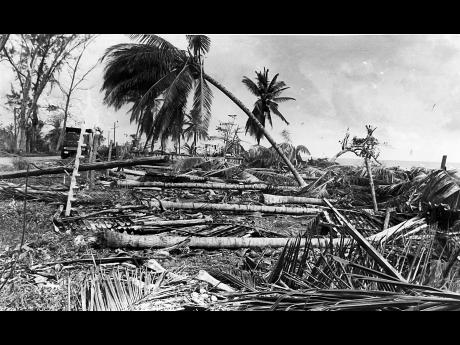 Junior Dowie
The scene of fallen trees was repeated many times in St Thomas in the wake of Hurricane Gilbert. Here a number of coconut trees are seen beside the main road in Whitehorses. 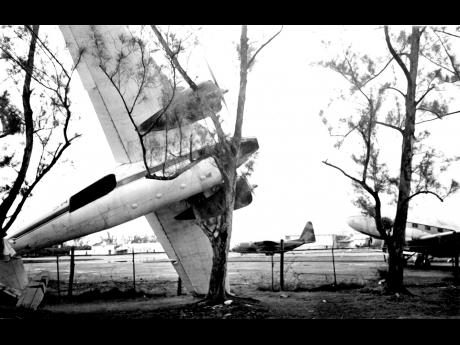 Gleaner Photo
This aircraft got caught in a tree at the Norman Manley International Airport.
1
2
3
4

In the aftermath of a devastating Hurricane Gilbert that caused widespread destruction across Jamaica after it hit on September 12, 1988, singer Lloyd Lovindeer documented the experiences of many persons on the island in his song Wild Gilbert.

Through his vivid description in Wild Gilbert, the events of the day will be forever etched in the minds of persons who were alive at the time, as well as help to tell the story to those born after the ordeal.

And although the man who is known for songs that take a social commentary format says he was not severely affected by Gilbert, he says he was able to come up with the song based on observing other persons.

"I lived in a slab roof house, so my roof neva fly weh. But it is just amazing that you still remember it even after 30 years. It speaks to the power of a song that tells a story," he told The Gleaner.

"Looking through mi window and seeing some of the dish dem flying pass in the breeze, and then walking through some of the nearby communities and see the devastation that occurred, it is basically those kind of things that I wrote the song off," he explained.

Being his first experience of an hurricane, Lovindeer said he had to write about it. In doing so, he came up with one of the country's most iconic songs.

"It is one of my biggest song. I have to do that everywhere I go because it has been my most popular song over the years and people still sing along with it, no matter which age group," he told The Gleaner.

However, Lovindeer does not believe that Wild Gilbert is his best song.

"It's been the most popular over the years, but I wouldn't say it is my best song, because lyrically, I think I have written songs with lyrics more challenging than Wild Gilbert, but that is the more accepted because people can relate to it more than any other song," he said.

And despite the havoc that Gilbert caused, he pointed out that some valuable lessons were learnt from that disaster.

"Inna dem days deh, we really get a 'big lick' and wi tek long to recover from that particular hurricane, because it was the first in a long time that hurricane hit Jamaica. So it blow down all the power lines and them something deh, and wi neva have electricity for a long time. Nowadays, JPS learn them lesson and them start turn off the light in advance of the hurricane hitting the island, so as soon as the hurricane pass them can fix back everything," the veteran artiste reasoned.