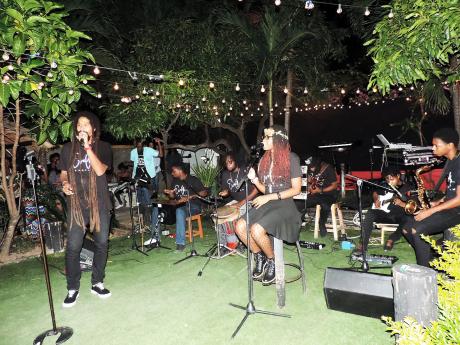 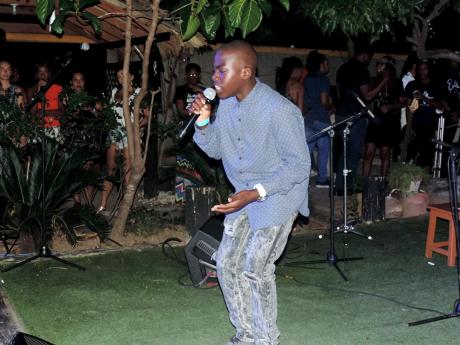 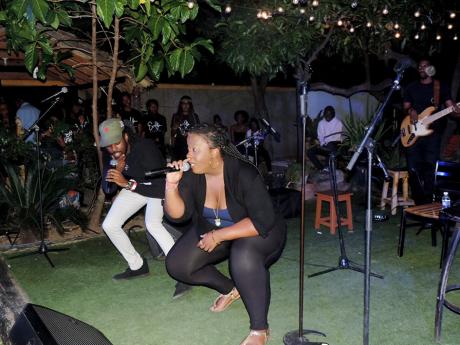 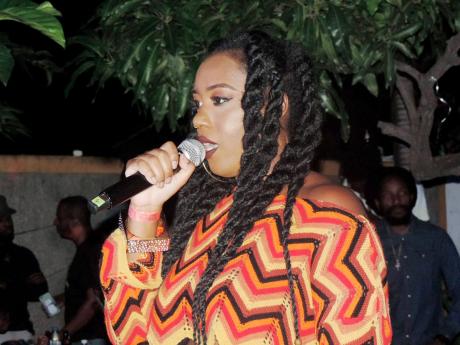 Under a canopy of tree branches which allowed through strings of lights to create the illusion of a closer constellation, the latest edition of the Apollo Series was staged at The Haven on Hillcrest Avenue last Saturday night.

Throughout the concert, which served up a variety of art forms but leaned heavily towards hip hop, there was a sometimes spoken but often unstated contract between those who took to the small stage and those who closed in on both sides, that lyrics would be the order of the evening. And the headliners were required to show some stamina, as after an initial set, they returned for a second stint after midnight.

It was in the main honoured not only in delivery, but also reception, as the audience listened to each performer, before responding with applause of varying intensity, in a reverse of a tendency to exult in early lines and dramatics. It made for an engaging experience for an audience which, based on the level of interaction, were already familiar with each other.

The first headliner, Jeeby Lyricist, warmed with a poem before going into a rap piece, supported by a band comprising keyboard, bass and guitar. Focusing on life experiences, and, of course, matters of the heart ("Girl all up in my bed, but guess who is on my mind?"), his brief combination with Lady Courtney, who shifted from harmony duties, was effective.

The eight-piece Evaflow Outfit and the Skystarters honoured the twinning of dancehall and hip hop with a brief take on Shabba Ranks' Mr Lover Man before getting to the meat of the musical matter - a concentration on heavy basslines and lyrics. The pattern of keen attention before vocalising approval continued, until the male lead vocalist delivered, "dem waan take off you nightie/Me waan take if off nightly".

Yeza, the only female lead vocalist in the headlining trio, announced her presence by singing, "make way for the rebel empress", stating her emphasis on lyrics as she performed with a band, dismissing in song a man who drove down in a Benz and "expect mi fi freeze".

Short poetry and predominantly hip-hop stints were worked in between the headliners, on a programme which could have been trimmed for more cohesiveness. Among those who delivered the spoken word was Shanice, who delivered a steamy piece to "my man on his birthday", and Simon the Writer, and Copperstone, who addressed social issues. A clearly joyful 14-year-old deejay, Speigo Dutchy, resonated strongly with the audience, delivering Education and Wishes to earn a recall to the Apollo Series stage.

Saturday's concert was the event's fourth staging this year.