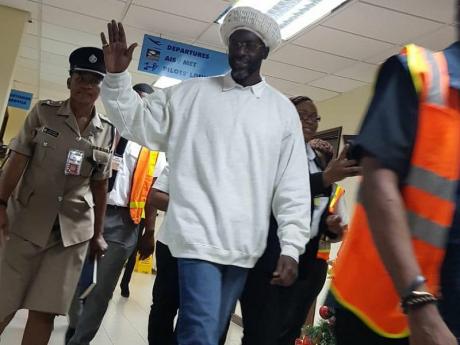 Reggae and dancehall artiste Buju Banton waves to his fans upon arrival at the Norman Manley International Airport in Kingston. 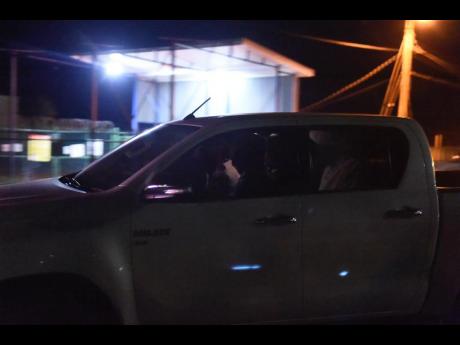 Gladstone Taylor
Buju Banton being taken from the airport in a white Toyota Hilux. 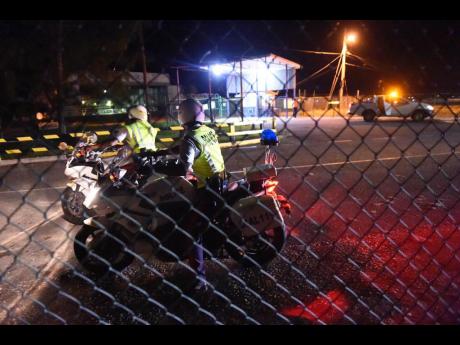 The Norman Manley International Airport in Kingston was the centre of all activity — as far as reggae music lovers are concerned — moments ago, as dancehall-turned reggae superstar Mark 'Buju Banton' Myrie touched down after spending eight years imprisoned in the United States.

There were a few false alarms as people ran away leaving their luggage when someone said they had seen the entertainer at the other end of the airport.

As anxious fans waited out front, Buju was whisked away through a side gate. Video emerged showing the entertainer looking very happy, pausing for photos with a fan, as he is escorted through the immigration area.


Myrie, who would have woken up this morning a prisoner inside the McRae Correctional Facility in Georgia, was welcomed home like a hero.

Word had spread throughout the day that the reggae singer had been released and would be coming home. A video started circulating on social media showing what appeared to be the Til Shiloh singer boarding an airplane wearing a white sweater and tam, and sporting a pair of Timberlands. That increased the excitement islandwide and no doubt contributed to the crowd of fans who flocked the airport to welcome him home.

Myrie was convicted of drug trafficking on February 22, 2011 in Tampa, Florida.

The return of the Grammy Award-winning entertainer means the most to his family. Ahead of his release, Lorna Strachan, the mother of five of Buju's children, said that he was a good father. "It's a whole heap of us but one thing is certain, he is a very good father," she told The Gleaner.
His daughter, Jodian Myrie described her father as a disciplinarian, while his 21-year-old son Jahazeil, who has followed in his father's footsteps as an entertainer, said, "He is a good person, fun to be around."

The children have plans to shower their father with love, affection and gifts -especially cake.

Professor Donna Hope, culture expert, said that the outflow of love and support for Myrie speaks volumes to the impact of his music and personal life. “For many people, Buju Banton is like the prodigal son returning to the fold,” she told The Gleaner earlier today.

“Many of us were disappointed when he fell in that way because we saw it as a fall from grace. He has paid the price and we welcome him, one of our prophets, with open arms."