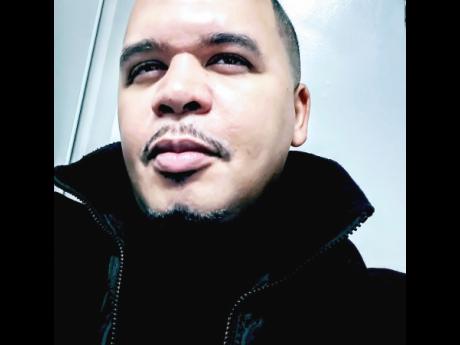 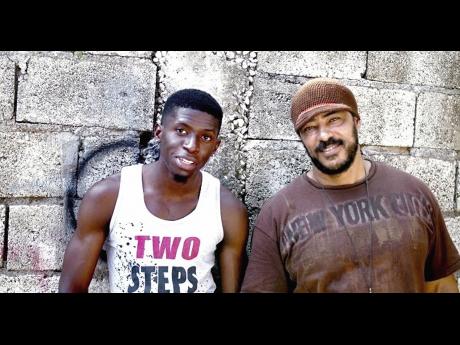 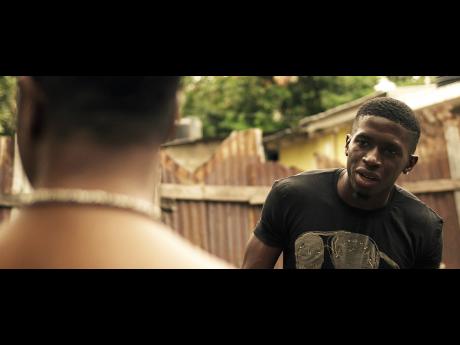 Contributed
Kevoy Williams in a scene from Nefarious. 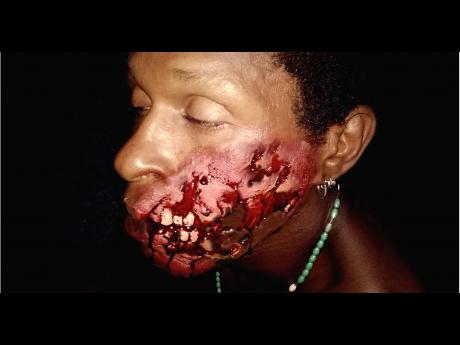 Contributed
Robin Butler who plays a blood dealer in the movie.
1
2
3
4

Literature buffs would be familiar with the name Rhett Butler — the quintessential male lead in Margaret Mitchell's classic novel Gone With The Wind, immortalised on film by Clark Gable. But this is not the Rhett we're talking about. The Jamaican Rhett Butler, is also part of the film world, but behind the camera, and the pen.

This filmmaker hopes to change the game completely, by dedicating himself to a rarely attempted - Jamaican horror story.

In Butler's locally produced debut, Nefarious - a young man is manipulated by his girlfriend's brother, to be led through a series of violent, necromantic events. In addition to the horrific flair, the film also maintains a trope many local filmmakers lament is overdone — it is also a 'gangsta' flick.

According to Butler, Nefarious is well-steeped in horror, but he believes the 'badman' elements, that some argue have been a grotesque overdone representations of average Jamaican life, are necessary to this story. He believes the film will naturally evolve beyond the 'ghetto story' category.

"It's not good to bypass what the people are going through. But just like Asia was known for Kung-Fu movies, and now known for much more than that,  eventually people will come up with more creative means, and once ideas flow, the industry will start to grow." Still, Butler's gangsta-horror film hopes to skirt the trope by showing a wide stratification of local life in the movie.

Butler's attraction to film-making began as a child and never dissipated, even though he went on to university to study Engineering.

He recalls watching the only available television channel at the time — JBC, which had a programme that showed how movies were made. This particular feature was on George Lucas' Star Wars. "I remember being very small, seeing the documentary. It sparked a lot of curiosity," Butler recalled.

In the age of technology and it's subsequent explosion of access to information, Butler taught himself.

"At some point, while at UWI — I did a weekend course in film and script writing," he told The Gleaner. But It wasn't until 2010 that he purchased his first camera (a Canon rebel T2i) to begin practising. He shot a number of small projects, including two pilots called Music Biz, a series about the business side of the music industry. He left the project due to creative differences.

Butler's dedication to film never faltered, and his penchant for horror is a long time coming. In 2013, he penned his very first script called Dark Lord. "It was registered with the U.S. Library of Congress," he revealed.

The movie is a vampiric period piece, written before the supernatural franchise film fad of the early aughts emerged shortly after. Butler revealed that a publishing company showed interest in the story, with a request that it be turned into a novel. "This was before self-publishing was so popular. But I also had a part-scholarship — so I took the decision to do my Master's he revealed passing up on that opportunity. Despite his passion, Butler continues on a traditional academic path, and is just completed his study in Financial Risk Management and Insurance at Humber College in Canada.

Nefarious came to life after Butler met Allan Tennent on the set of Music Biz. "He's been in that industry for some time, doing video productions like music videos. That's his line of business." The men pursued a friendship, sharing scripts and ideas. Both had different interests, which with some effort, collided. "(Tennent) wanted a gangster movie. I wanted horror. So I went back, wrote Nefarious and shared it with him. He loved it," Butler shared. In addition to his creative input, camera assistance and editing, Tennent also takes on an on screen role.

Principal photography for the film began in mid-2015, accounting for approximately 90 per cent of the shoot. Butler left Canada in September of that year, and they finished he movie on his visits to the island, shooting it in Kingston, Trelawny and St Ann.

Butler is on the hunt for distributors, and there are some very interested party. He told The Gleaner one distributor has already screened Nefarious, and is willing to finance a second film. "We're in talks but haven't signed off. They do want to move forward, so I'm hoping for a European release next year."

Before that, the first-time filmmaker is aiming for a Jamaican premiere. "The film is currently registered with JAMPRO. It's release is partly dependent on the local film authority who has to give the rating for the local showing. We're putting things together, so hopefully they can watch it before the end of the year." Butler has his fingers crossed for a local premiere in April 2019. The move has so far been listed on IMBD data base.