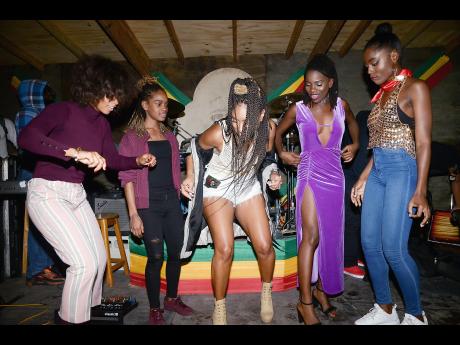 Last weekend was an exciting one for live music in Jamaica. Between Popcaan's inaugural Unruly Fest at Lyssons Park, St Thomas; Gyptian's Gypy Winter Festival in Stony Hill, St Andrew; and the return of Protoje's sold-out Live From Kingston in Jacks Hill, there were options to satiate the concert lover. For presentations in both reggae and dancehall, from both veterans and neophytes in the industry, live music fans were out in their numbers.

Entertainment entrepreneur and promoter Jason Panton told The Gleaner he believes the weekend's impressive turnout is partly because of members of the diaspora who are in Jamaica for the holiday, and also the 'few' locals. "We have to bless up all the Jamaican people who live abroad, who come home for the holidays to take in the culture that they're missing. They're a big part of our success," he said.

However, Panton suggested that Jamaicans at home who support the live music scene aren't that many. "In comparison to our population in Kingston, people who support live music are the faithful few. We're fighting - me and Protoje - to keep reggae youthful, fun and relevant," Panton added.

Panton is fighting the notion that reggae music is dead. Pointing to an article posted on Medium.com in 2016, which posited that technology and materialism have replaced real musicians and human rights in the indigenous music form, he outlined his disagreement - with evidence from the sold-out event.

"There were a lot of very good points (in the article), but the writer has never been to Live From Kingston. You have people saying reggae is dead; that Chronixx and Protoje don't have the same relevance as Robert Nesta Marley and those that came before. You have those who are saying that the message got watered down. Live From Kingston is a response. This is a reaction to what is happening. This production shows reggae doesn't have to be a Rastaman skank - it's a young people vibe. The message is positive, and everybody needs that. So we've committed ourselves to that fight, to keep reggae as relevant as any dancehall song or artiste."